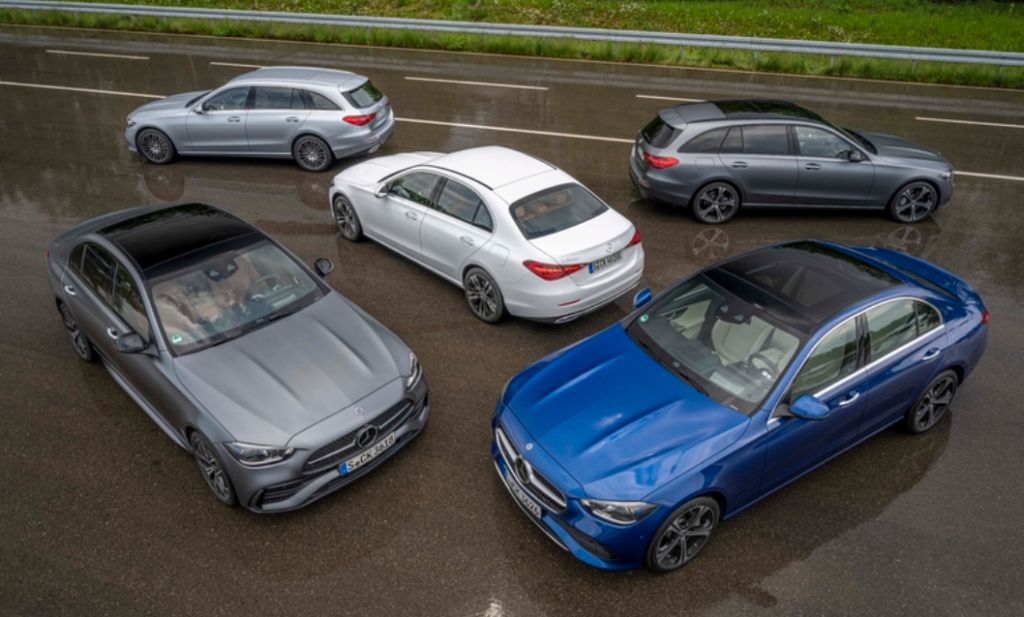 STUTTGART: The latest generation of the BMW 3 Series and Audi A4 rival is launching both as a saloon and as an estate with a large tailgate and a bit more muscle under the hood as standard, Mercedes says.

An all-electric model is still missing, however. And yet things are still moving forward in terms of electrification with all petrol and diesel engines becoming mild hybrids, while the plug-in hybrid makes a technological leap.

The latter now has a purely electric range of around 100km. In future available exclusively with four-cylinder engines, the C-Class will initially be launched with three petrol engines and two diesels.

This means that the C-Class, which will be available exclusively as a four-pot engine, will be able to reach the top of the range.

The C-Class, which is also available with all-wheel drive in the more powerful versions, can reach a maximum of 231 to 250kph and has a fuel consumption of between 5.0 litres of diesel and 7.0 litres of petrol (131 to 161 g/km CO2).

The plug-in hybrid is considerably more economical. Here Mercedes combines an electric motor with 95 kW, a 25.4 kWh battery and a 150 kW/204hp petrol engine.

With a system output of 312hp, it achieves a standard value of 1.3 litres (14 g/km CO2). Next year, this package will also be available with a diesel, Mercedes says. All-wheel drive variants are also in the pipeline.

In addition to the new engines, there is a sportier design and slightly changed dimensions. Compared to its predecessor, the model series is almost 7 cm longer and almost 3 cm longer in the wheelbase. It now measures 4.75 metres in both body versions.

According to the manufacturer, the technical innovations include a screen landscape inspired by the S-Class, rear-axle steering used for the first time in the C-Class, and assistance systems with more vision and greater influence on driving.