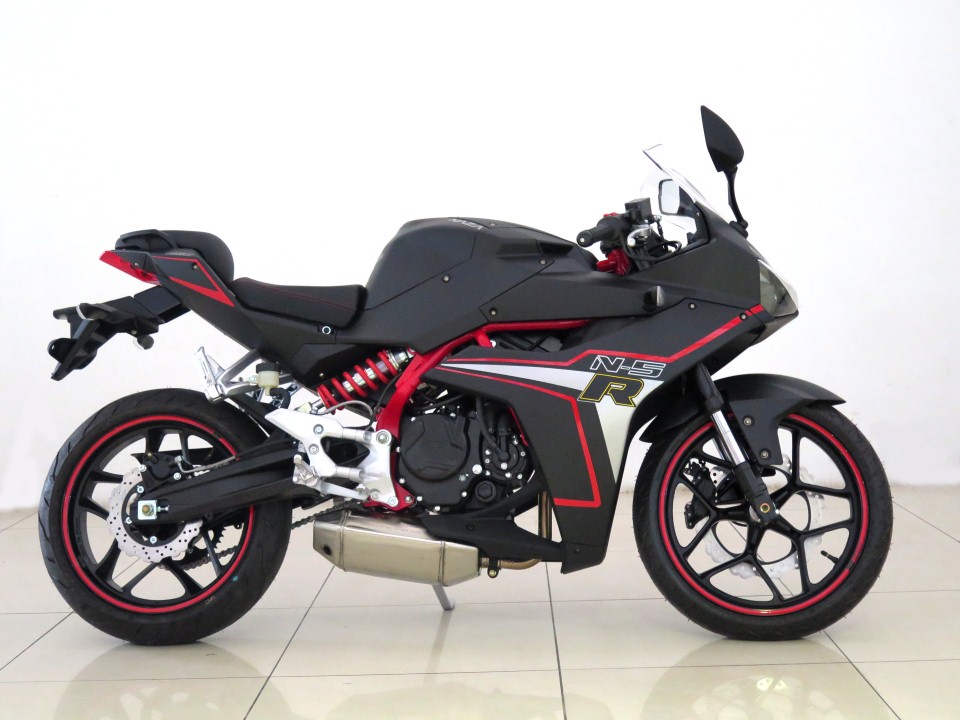 Apart from the obvious difference which is the fairing that houses sleek dual slim headlights, the N5R features two concepts on the new bike.

The first is its True Sport light weight chassis, while the second is the EZ-suit system of switchable riding position with adjustable handle, seat height and step position. For a focus on sports riding, the seat height is raised by 20mm, the handle bars are lowered by 30mm and step position moved back 30mm. For a street sports position that focuses on daily street riding, the seat height is lowered by 20mm, the handle bars are raised by 30mm and step position moved forward by 30mm.

“The Naza N5R is user-friendly and thrilling to ride,” Tan added.

Mechanically indentical to its naked sibling, the N5R is powered by a 249 cc, single-cylinder engine that kicks out 28ps at 9,500rpm and 24.17Nm of torque at 7,000 rpm, mated to a constant mesh six-speed transmission. It also uses the same lightweight steel tubular trellis frame with a 37mm upside down telescopic fork at the front and a dual swingarm with gas charged hydraulic absorber at the rear.

It has a dry-weight of just 143kg, which is lighter than most of its rivals.