PETALING JAYA: This year's NAZA World Auto-Mania saw roughly RM60mil in sales with thousands of Malaysians flocking to the NAZA World Automall in Petaling Jaya for the automotive exhibition, which was held from Oct 2 to 4.

The exhibition was a joint effort between 12 automotive marques found under the NAZA World Group of Companies, which included Ferrari, Maserati, Brabus and Chevrolet to name a few. The event was organised as a gesture of gratitude to NAZA World’s customers for their continuous support and to also commemorate NAZA World’s forty years of being in the Malaysian automotive industry.

The event allowed the public the opportunity to view the new Chevrolet Colorado Sport and Chevrolet Cruze Sport Sonic.

The three-day automotive showcase offered special promotions for those looking to upgrade or purchase a new vehicle and also featured a dedicated kid’s zone and a blood donation drive.

“The success of NAZA World Auto-Mania is down to the support of our customers who have always have been loyal to us for the past 40 years,” said NAZA World Group of Companies group executive chairman & group CEO Datuk Wira Haji SM Faisal Tan Sri SM Nasimuddin. 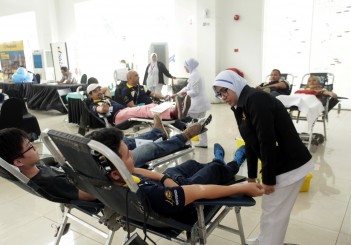 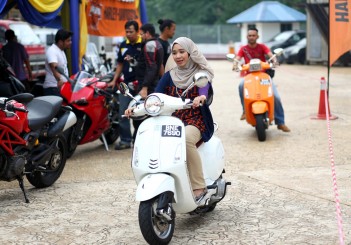