New Delhi to slash use of cars in November to cut pollution, says chief minister 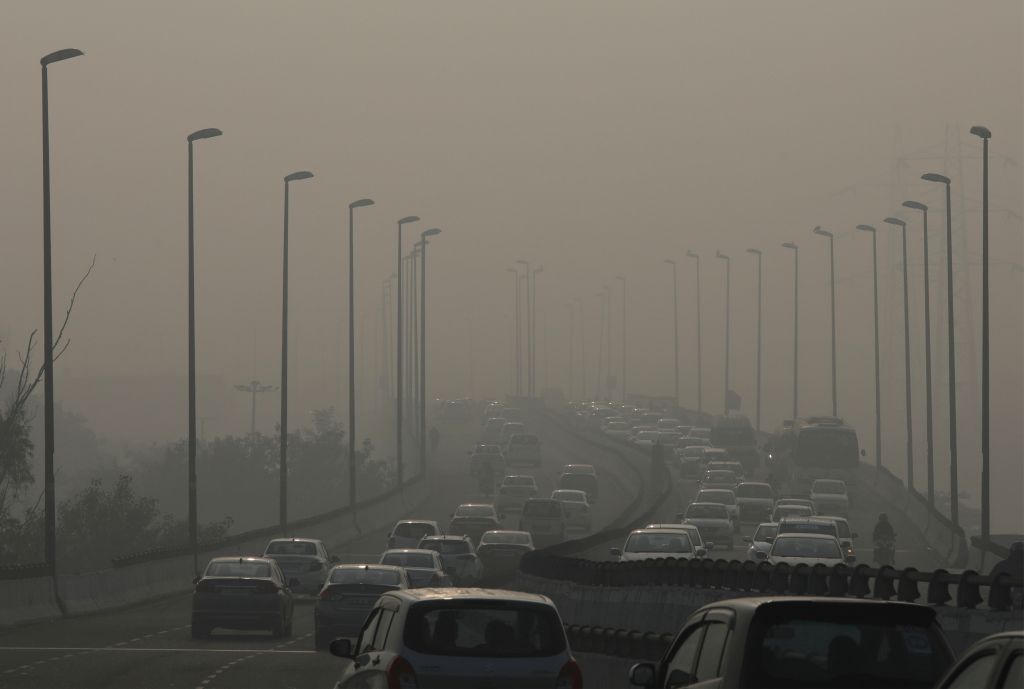 Vehicles driving through the smog in New Delhi on Jan 7. — Reuters

NEW DELHI: India’s capital New Delhi will enforce strict restrictions on use of private cars from Nov. 4-15 to curb pollution, its chief minister said today, in an effort to help improve air quality that tends to deteriorate sharply in winter months.

Private vehicles will only be allowed to use roads on alternate days during the period, Arvind Kejriwal told a news conference, depending on whether their registration plate ends in an odd or even number.

The city also aims to introduce 1,000 electric buses, Kejriwal said, as well as policies to promote other electric vehicles.

New Delhi is the world’s most polluted capital city, according to several studies, plagued by vehicle and industrial emissions, dust from building sites, and smoke from the burning of rubbish and crop residue in nearby fields.

“Pollution levels have come down in Delhi recently, and we’re determined and committed to bring them down further and that’s why we’ve decided to introduce these steps,” Kejriwal said. The Delhi government has identified “pollution hot spots” it can target to help improve air quality in the city, he said.

As winter approaches each year, wind speeds tend to drop after the monsoon season that ends in September, meaning smog and other pollutants hang in the air. The problem is exacerbated as people let off fireworks to celebrate the Hindu festival of Diwali in late October or early November.

North Indian cities, including Delhi, top a list of places with the worst air in the world, according to the World Health Organisation (WHO).

The WHO database of more than 2,600 cities shows that 14 of the 18 most polluted cities on the planet are in northern India, based on the amount of particulate matter under 2.5 micrograms in size found in every cubic meter of air.

These tiny particles, known as PM2.5, include dust, dirt, soot and smoke. They can penetrate deep into the lungs and even enter the blood. They have been linked to heart disease, strokes and cancer.