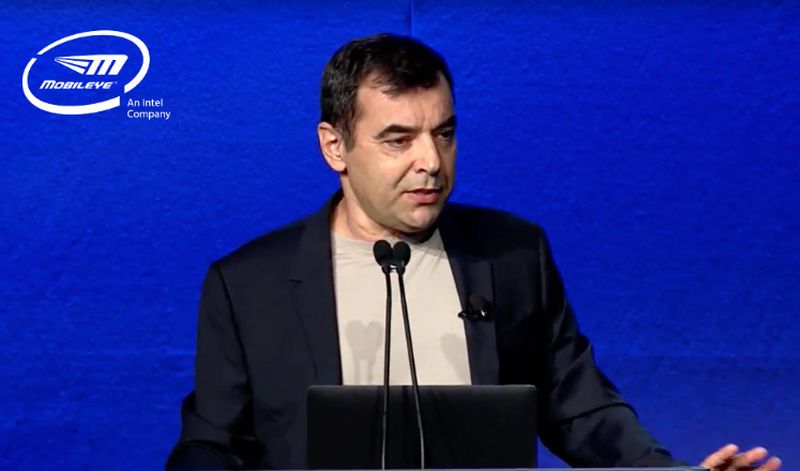 Shashua said the deal with Nio would improve mapping to support autonomous driving.

Under the agreement, Nio will manufacture and produce at mass scale a self-driving system designed by Mobileye, which will be integrated into Nio’s electric-vehicle consumer lines, as well as Mobileye’s driverless ride-hailing services.

Nio will also develop a version of self-driving electric vehicles that Mobileye will deploy as robotaxis for ride-hailing services in global markets.

No financial details of the partnership were disclosed.

The companies plan an initial release in China beginning in 2022, Mobileye president and chief executive officer Amnon Shashua said in an interview on Monday.

“The deal with Nio will also enable us to harvest data in compliance with Chinese regulations and improve mapping to support autonomous driving,” Shashua said.

The Mobileye CEO added that a rollout in China was more efficient as the regulatory environment was centralized and the Chinese government was working on standardizing Mobileye’s safety model for self-driving cars into law.

Manufacturers and suppliers are increasingly skeptical about the speed of adoption of fully automated self-driving systems, because of their high cost, complexity, and regulatory hurdles.

In the meantime, they have begun focusing on deploying more advanced driver assistance systems (ADAS), which share components, but cost much less and can generate much-needed revenue to help defray the cost of developing full self-driving systems.

Mobileye on Tuesday said it powers ADAS in car models of more than 27 automakers.

Loss-making and cash-burning Nio is the most prominent among dozens of Chinese electric-vehicle startups vying to become the next Tesla Inc. All are hampered by dwindling demand in the world’s largest car market, reduced government subsidies for EVs and nagging concerns over the China-U.S. trade war.

Nio on Tuesday said the partnership with Mobileye aligned with its mission to provide premium, smart electric cars and allowed it to maintain an edge over electric vehicle competitors.