Proton-Perodua rivalry to heat up auto sector in 2018 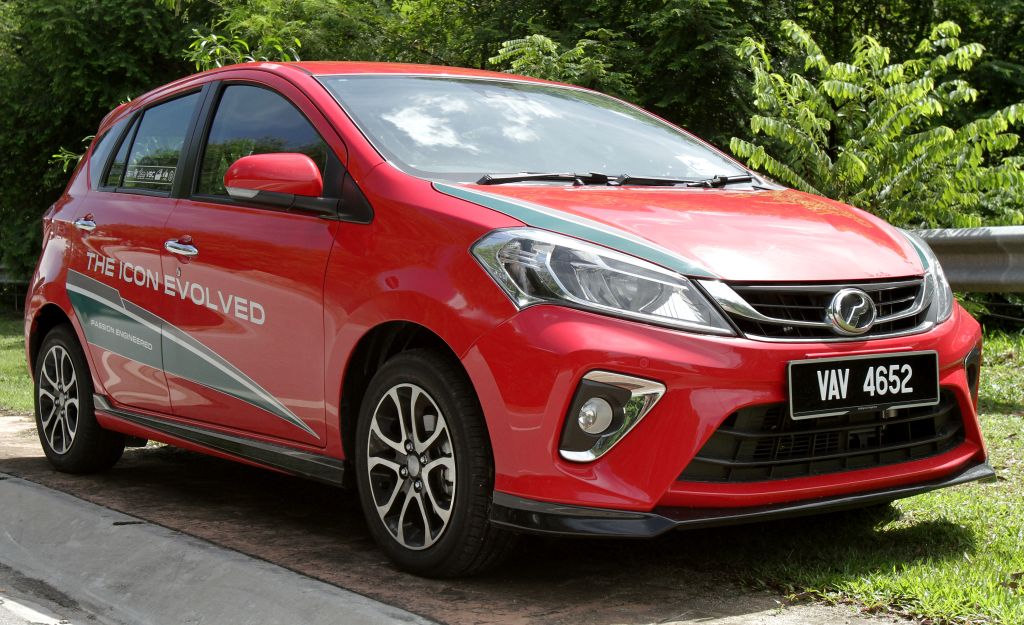 The resounding success of Perodua’s third generation Myvi, which was launched last month, will surely continue to dominate the market well into 2018 while former market leader Proton will be determined to reclaim its throne with strategic partner Zhejiang Geely Holding Group Co Ltd (Geely) now at its side.

To many, the launch of the new Myvi is deemed timely, and considered “a game-changer model” for the company.

“The Myvi will spark new interest in a subdued and dull industry,” says one industry observer.

And spark interest it has - over 20,000 units of the new Myvi has been booked within a month since it was opened for booking.

Says one industry observer: “The new Myvi is indeed a game-changer. It shifted the old thinking that only high-end cars can come with pre-collision functions. This is an advanced safety system and the Myvi has it.”

Available in five variants, the Myvi starts from RM44,300.

“People looking for something that’s affordable, stylish and packed with the latest technological features can look to the new Myvi. The model is a leap forward for the company,” says an industry expert.

The Myvi was Malaysia’s best-selling car until the end of 2014, before being taken over Perodua’s own Axia.

Given the price-range and features, like the previous generation, the new Myvi will appeal to a wide range of customers – first time buyers, as well as individuals that are looking to get a second vehicle (for themselves or their grown-up children).

“The Myvi has been Perodua’s premium range model. Its competitive pricing and proven ability will drive sales for the company and boost TIV,” says an analyst with a local bank-backed brokerage.”

He adds that the new Myvi will “hit hard” Proton’s Iriz model – which is deemed the direct competitor of the Myvi.

“The Iriz has been outclassed in terms of looks, features and pricing by Perodua’s new Myvi,” he says.

The Saga remains a volume seller for Proton.
Proton to raise its game

Proton has been losing market share for years. The major factor that enabled Perodua to overtake Proton in sales in the domestic market was the former’s Myvi model. In 2006, Perodua captured 30% of market share compared to Proton’s 27%.

After years of talks that Proton needed a strategic foreign partner to be able to remain competitive (and take it to the next level), the national carmaker finally hit the jackpot this year when it announced its tie-up with China-based Geely, which owns Volvo.

Geely completed its acquisition of a 49.9% stake in Proton in September this year.

Similarly, the China-headquartered company also completed its acquisition of a majority 51% share in British sports car manufacturer Lotus from Proton.

Completion of these exercises was followed by the change in Proton’s senior leadership. 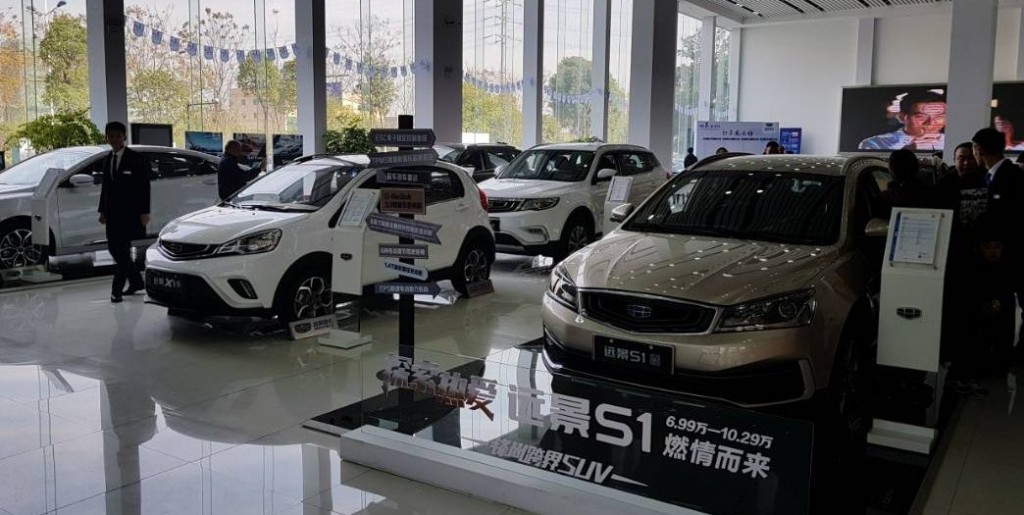 Various models on display at a Geely showroom in China.

Under newly-appointed chief executive officer Li Chunrong, Proton is currently formulating a business plan to turn it around, leveraging on the global resources of the wider Geely group.

In a report earlier this year, Kenanga Research said Geely will facilitate Proton in terms of technology and at the same time assemble its four-wheel drive model, intelligent artificial car and develop their right-hand drive technology in Malaysia, known as the Boyue.

“While Geely is more popularly known for its successful acquisition of Volvo, the ability of Geely to assist Proton from technical and marketing perspective as well as to penetrate new markets remains a concern given that Geely is also a relatively weak brand from a global perspective with a global market share of less than 5%.”

The research house says Proton still has to deal with the challenges posed by increasing competition and a weak brand perception. 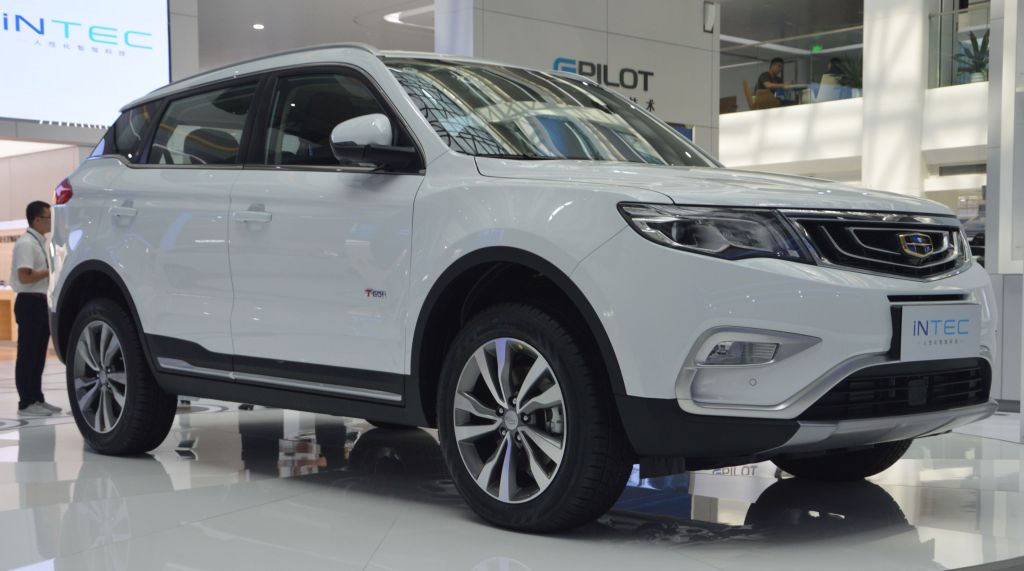 The Geely Boyue will be the base for Proton's first SUV to be launched in the later part of 2018.
Boyue and more

“The outlook for Proton’s owner DRB-Hicom emains challenging given the tough operating environment of lower sales of motor vehicles amidst stiff competition.”

RHB Research says the entrance of Geely as Proton’s foreign strategic partner is a major milestone and offers hope for the national carmaker to regain its market leadership.

“Geely would develop Proton as a stand-alone brand and its right-hand drive manufacturing hub, offering it an expedited route into growing Asean markets.”

The research house says it is slashing its 2018 to 2020 net profit forecasts by 67% to 200% after assuming continued Proton losses in the interim, until Geely makes its presence felt. 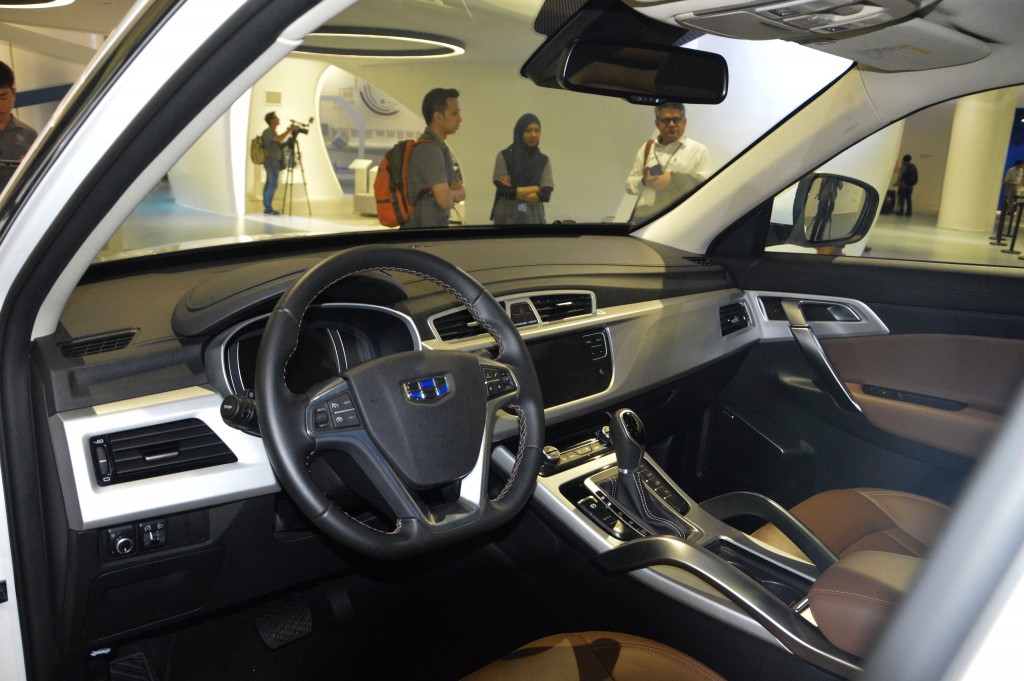 “Key risks to our recommendation and target price include the inability to obtain regulatory approvals, worsening consumer sentiment and weaker-than-expected economic growth.”

In the meantime, efforts are also being made to rationalise Proton’s dealer network and parts of the supply chain.

An industry observer points out that there has to be cultural synergy for the Proton-Geely partnership to work.

“Both parties have to work very hard to ensure that there are no cultural clashes in terms of expectations and quality issues at the manufacturing and after sales levels.”

With sales jumping 89% in the first six months of this year, the company has raised its 2017 sales target by 10% to 1.1 million vehicles.

Vehicles engineered with Volvo technology, such as its GC9 sedan and the Boyue sport-utility vehicle (SUV), have been a hit in China, the world’s biggest auto market.

According to reports, the Boyue is expected to arrive in Malaysia in the second half of 2018.

An automotive analysts says the Boyue would appeal to Malaysians and rival the likes of the Honda CR-V and Mazda CX-5.

“The Boyue will be popular in Malaysia. This is because its attractive features, high specs and reasonable pricing would appeal to local customers."

However, another analyst says Proton cannot just rely on the Boyue to help the national carmaker turn around.

“Offering the Boyue is a good first step for Proton. However, Proton cannot thrive on a one-product strategy. This is because the SUV segment is a small segment compared with the passenger car market - which is where the volume is.”

He adds that while Malaysians will typically expect the Boyue to be cheaper than its competitors, Proton cannot price the vehicle too low or margins will be affected.

Noteworthy also is the fact that in 2009, Geely bought Australian transmission maker DSI (Drivetrain Systems International) for A$47.4mil (RM160.2mil). It acquired Volvo Cars from Ford Motor in a US$1.5bil (RM6.44bil) deal in August 2010.

“With Volvo under its stable, Geely has grown by leaps and bounds in terms of technology know-how - an area that Proton lacks,” says an industry observer. 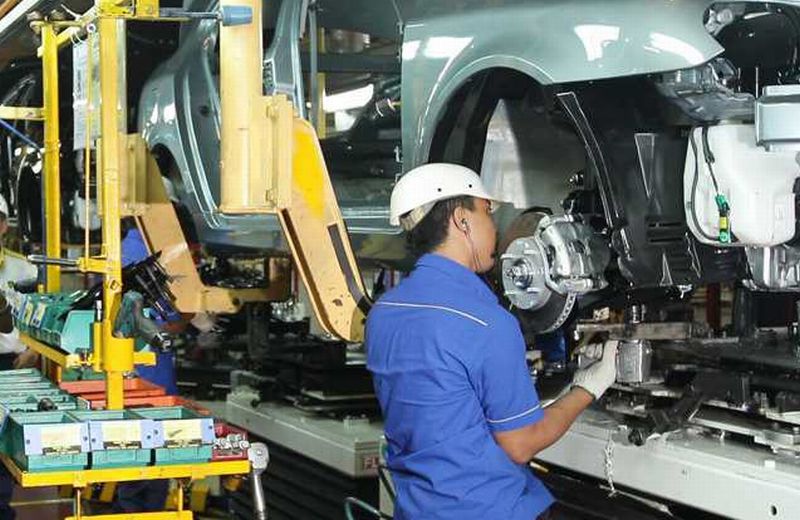 A Proton worker assembling a car at its Tanjung Malim plant in this file pic.
The perception game

To some, there is still the perception that China-manufactured vehicles are inferior, especially when compared to Korean and Japanese models.

“While the Boyue is already a successful model, the local market still needs to be convinced that it is a product that’s worth owning.

Proton certainly is no stranger to perception issues.

While the days of poor quality parts such as the infamous power-window winder woes are long gone (Proton now offers a life-time warranty for its power windows), the bad reputation that the company has garnered over the years has shown no sign of dissipation.

An analyst says that negative consumer perception on Proton’s quality has impacted the national carmaker for years. “Poor perception has led to distrust in the brand and ultimately, lagging sales. 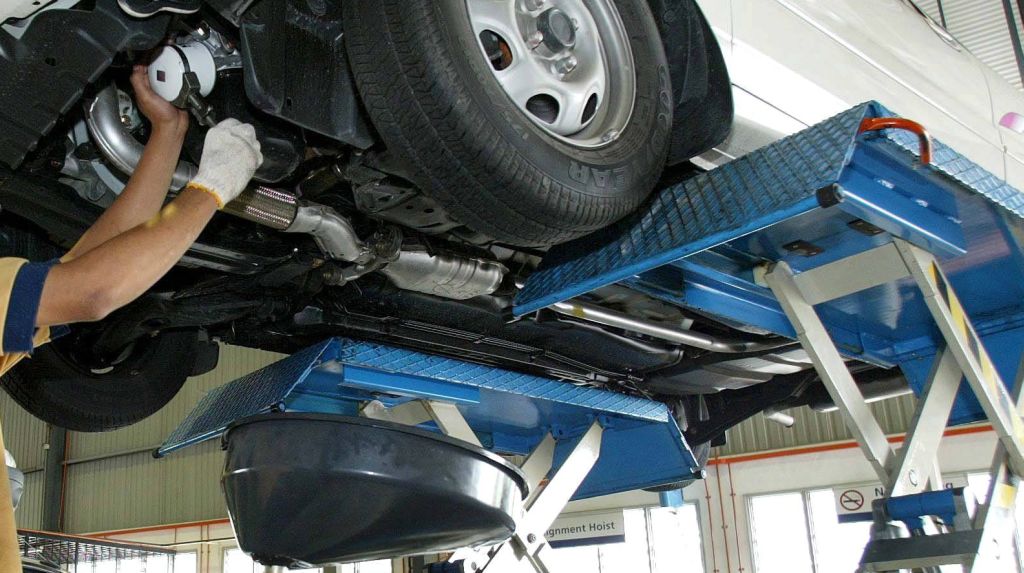 “However, it has been coming with quality models and engaged in various branding initiatives to improve its image.”

Since the Proton-Geely collaboration was announced, there has yet to be any announcement on how the Boyue would be marketed in Malaysia. It is still uncertain on whether the model would be nothing more than a simple rebadge.

To save time and resources, the more cost effective way to go would be to rebadge.

An industry observer says a typical car manufacturer needs to be able to recoup its high development cost by the end of the vehicle’s product life cycle. Or else, they would risk making losses.

“Vehicle model development cost in lower cost economies can be from around RM500mil to RM600mil. A typical vehicle model has a life cycle of around five years. Therefore, to be profitable, the model would need to achieve cumulative volumes of at least 200,000 units over that five-year period,” he says.