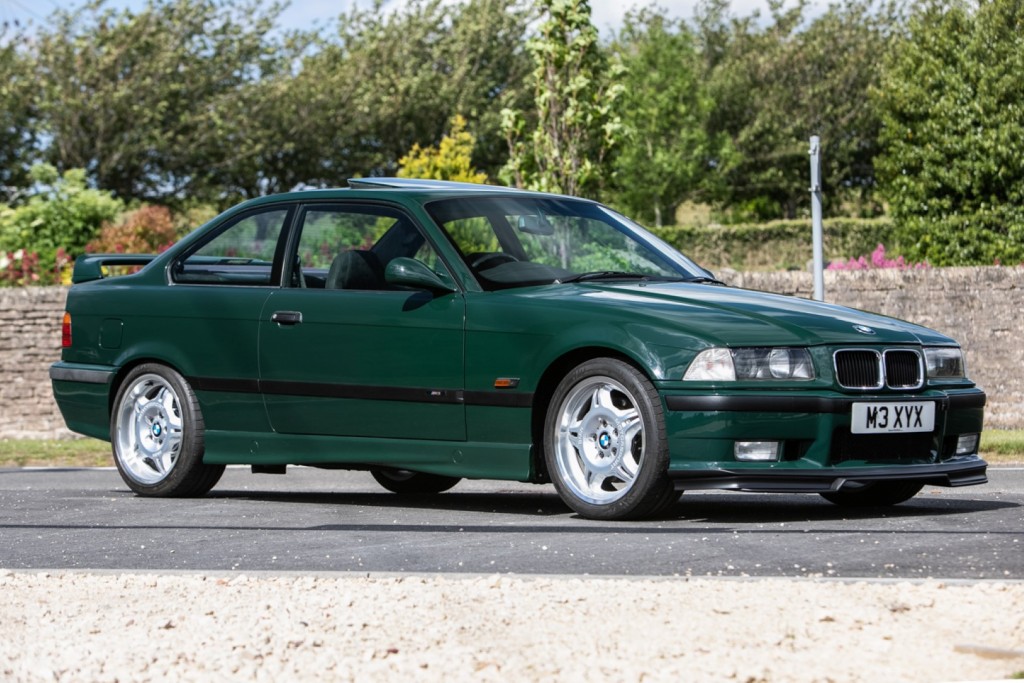 LONDON: Classic Car Auctions in Warwickshire, England, will kick off its August sale catalogue with a rare BMW (E36) M3 GT Individual going under the hammer.

Only 356 M3 GTs were made with an additional 50 right-hand drive M3 GT Individual (mostly coated in British Racing Green) versions designated for the UK.

Still in its original state and bearing the registration number M3 XYX, it has had three former owners and almost 170,000km on the clock.

At approximately 1,460kg (-30kg) compared to the standard M3, century sprints (0-100kph) take about six seconds with a six-speed manual before reaching an unrestricted top speed of 275kph.

Externally, the car was differentiated by a more prominent and adjustable front splitter, more aggressive double rear wing, aluminium doors and clear front indicators with amber for the sides and rear.

The suspension, though similar to a standard M3, used shorter and stiffer springs in order to accept the extra down-force generated by the fully extended front splitter and rear spoiler.

Inside, the cabin is accented by graphite bird's eye maple wood inserts on the centre console and glove box while the seats are upholstered in Anthracite with the M tri-colour stripes on the backs of the front and rear seats as Mexico Green Nappa Leather adorn the door inserts and grab handles.