Home / News / Renault Mégane R.S. back with a vengeance

Renault Mégane R.S. back with a vengeance FRANKFURT: The all-new MÉGANE R.S., is now made even more powerful with a new turbocharged engine with direct fuel injection and even gets all-wheel steering. This configuration provides the Cup version of the car with optimal handling efficiency on all types of road, plus a level of comfort that is unprecedented in the car’s class for the Sport version. For the first time, the Megane R.S. can be specified with a choice of two types of transmission - a six-speed manual gearbox or six-speed EDC dual clutch transmission with steering wheel-mounted paddle-shift gear changes.

Customers are also treated to R.S. Monitor onboard telemetry technology which, in additional to being more user-friendly than ever, has been upgraded to incorporate an ‘Expert’ mode that allows users to connect a camera, film their drive, play back and analyse their data, and share their images on social media.

For even greater road-hugging performance and high-quality dynamics, the new Megane R.S. is wider, features wider tracks and sits on new 18- or 19-inch wheels.

A wide air intake feeds airflow to the heat-exchangers for efficient engine cooling and the rear lip spoiler has been redesigned to generate additional downforce. 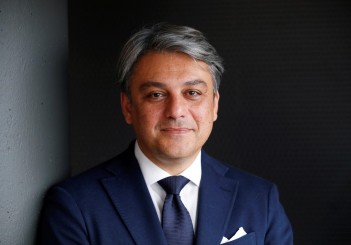