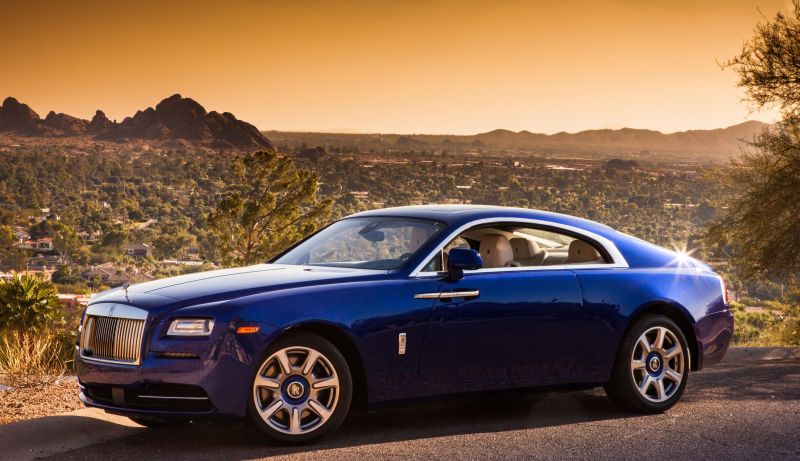 LOS ANGELES: Rolls-Royce has a new model to entice the moneyed. Called the Dawn, it is a convertible based on the Wraith.

As such, the engine is likely to remain the same as the current Wraith fastback, which gets a twin-turbo 6.6-litre V12 engine that produces 624bhp and 800Nm of torque.

Rolls-Royce, owned by BMW, hasn't yet released more details about the car or photos of the new Dawn.

The car was unveiled to representatives of the marque’s 130-strong global dealer network at the 2015 Rolls-Royce World Dealer Conference here on Wednesday. The new Rolls-Royce Dawn will revive another famous and rare Rolls-Royce name first used in 1949, but only ever applied to 28 drophead (aka convertible) bodies between 1950 and 1954. The original Silver Dawn was the first Rolls-Royce to be offered with a factory-built body. The cars bearing the name Dawn continued to be coach-built for individual customers.

It will launch during the first quarter of 2016.

“Our new Rolls-Royce Dawn promises a striking, seductive encounter like no other Rolls-Royce to date,” said CEO Torsten Mueller-Oetvoes.

The Dawn is the next step forward for Rolls-Royce, which began in 2003 with the launch of Phantom and subsequent introductions of Ghost and Wraith.

“Dawn is a beautiful new open-top motor car with a name that suggests the fresh opportunities that every new day holds – an awakening, an opening up of one’s senses and a burst of sunshine. It will be the most social of super-luxury motor cars for those beautiful people who wish to bathe in the sunlight of the world’s social hotspots.” Earlier over in New York, Relaxnews reported that Rolls-Royce had introduced the Wraith Inspired by Fashion, the latest bespoke model out of its workshops in Goodwood, England.

Unveiled at the Pratt Institute last Friday, the bespoke luxury coupe is a tribute to haute couture, designed with colours, materials and techniques taken from the fashion world.

The colour scheme is dominated by two shades of white Andalucian and Arctic. Inside, the cabin is outfitted with black and white upholstery, a two-tone steering wheel and a custom-made clock set in the dashboard like a jewel. The dashboard alone took nine days for Rolls-Royce's craftsmen to make, according to the manufacturer. 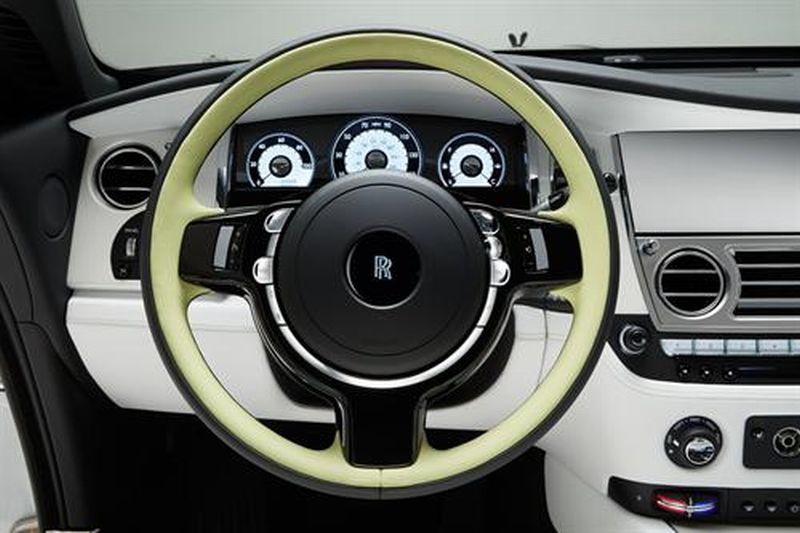 Like the Wraith Inspired by Film, which featured a two-tone grey exterior and an interior outfitted in Anthracite leather and Indonesian ebony, the fashion-inspired model is designed to showcase the capabilities of the Rolls-Royce bespoke workshops.

According to Rolls-Royce, 95 percent of the Wraiths sold worldwide are purchased with some form of customisation.

In the past, Rolls-Royce has also presented special bespoke editions of its Phantom, including the Limelight collection, a limited edition of just 25 luxury sedans trimmed in high-end wood, leather and embroidery. The edition also features the Phantom Suite, a system of exclusive and customisable storage compartments built into the rear doors, as well as a brand new seat configured to optimize passengers' relaxation.

At the Geneva Motor Show last March, Rolls-Royce introduced the Phantom Serenity, a one-off model with a hand-decorated interior geared towards calm and relaxation.