LONDON: After having been in production since 2003, while under the ownership of BMW, Rolls-Royce is bidding its final farewell to the Phantom VII.

To mark the Phantom VII decommissioning, a special one-off model - commissioned by a renowned contemporary Rolls-Royce collector, has been built on the British coach-builder's extended 6,092mm wheelbase body that's longer by 250mm, while featuring nautical-themed styling cues from the 1930s. 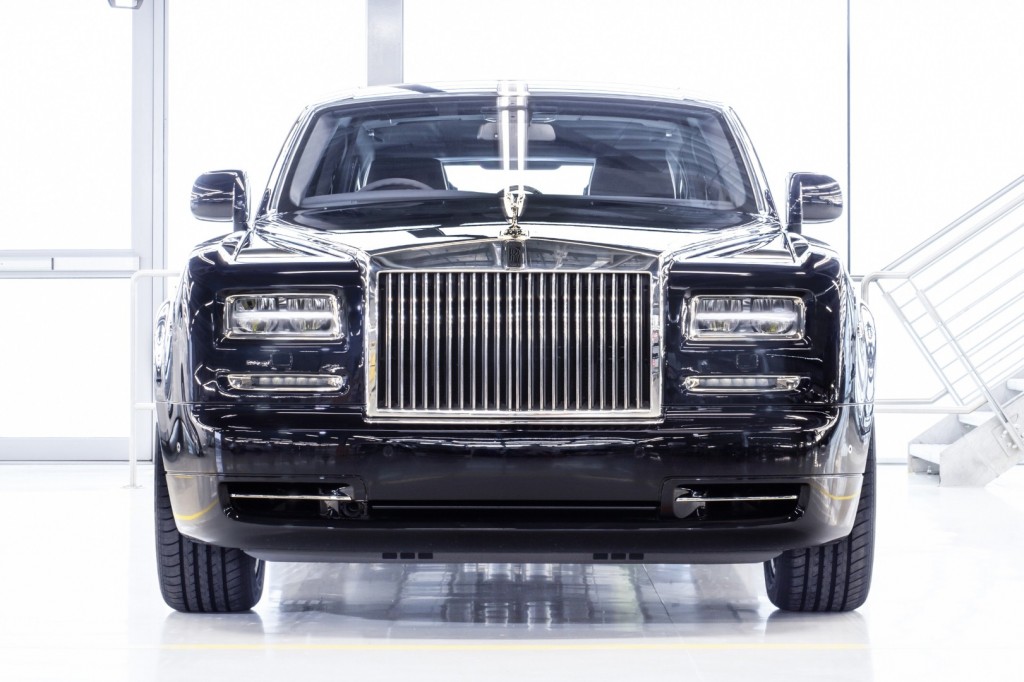 The Phantom VII is currently powered by 6.75-litre naturally-aspirated V12 engine with 459PS and 720Nm of torque that allows it sprint to 100kph from standstill in 6.2 seconds before reaching a top speed of 240kph.

It comes draped in Blue Velvet, accented by a twin coachline with ocean liner motif to the shoulder, and offset by pinstripe tyres before mounting the solid silver Spirit of Ecstasy at the front.

Inside, the seafaring theme continues with a tone-on-tone embroidery that mimics the sea's movements applied to the cabin's Powder Blue leather while the lambswool carpets feature a hand-cut wake effect. Two clocks are featured within - one at the front of the cabin and another on the partition wall, which have been designed to echo the style of the radio clocks that adorned grand ocean liners.

The front Bezel displays 24 time zones and takes after HG Well’s time machine design, which allows the owner to rotate it in either direction depending on where they are in the world.

Details about the upcoming Phantom VIII is, as usual, currently shrouded in extreme secrecy - as did then-lead engineer Ernest Hives when coming up with the Phantom I. However, the company has stated that its new coach will have an all-new aluminium architecture of luxury and, like its predecessor, will advance the standards set by its illustrious forbears.

“As Phantom VII gracefully leaves the stage, having defined the first chapter in the renaissance of Rolls-Royce, we look forward to building on its remarkable success with the imminent arrival of its successor,” said Rolls-Royce Motor Cars CEO Torsten Müller-Ötvös. Rolls-Royce unveils its grandest car yet, the Phantom VIII Two gold infused Phantoms for The 13 hotel in Macau