LONDON: With Easter approaching, Rolls-Royce has shared previously unreleased images of its Spirit of Ecstasy Fabergé Egg - a contemporary objet d’art created for a discerning collector of Rolls-Royce and Fabergé.

In 2018, Fabergé and Rolls-Royce collaborated to produce a new, contemporary Imperial Egg on behalf of a patron of both luxury houses.

Only the second object to be commissioned in the Imperial Class – a category reserved for Fabergé’s most illustrious creations – since the fall of the Romanovs in 1917, the Spirit of Ecstasy Fabergé Egg reflects the extraordinary attention to detail and consummate craftsmanship for which both brands are renowned for worldwide. 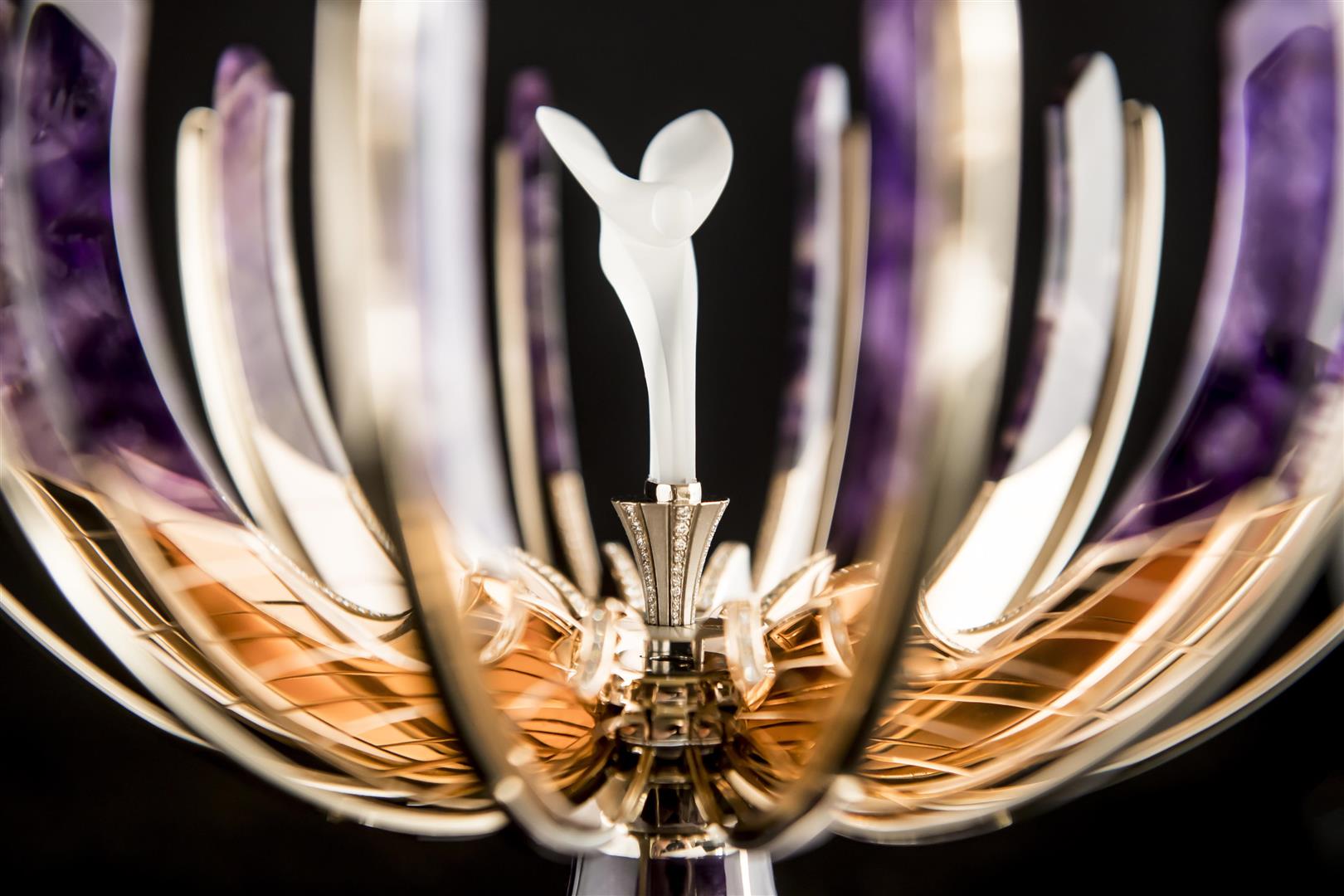 Conceived by Rolls-Royce and brought to life by Fabergé, the egg stands at 160mm-tall and weighs 400g, embodying the ‘surprise and delight’ attributes of the original Imperial Eggs.

The Egg rests on an engine-turned, hand-engraved, purple enamel guilloché base of 18-carat white gold.

Arms of rose gold define the shape of the egg, acting as a protective chamber for its precious contents.

Operating a discreet lever at the base of the stand opens the shell to reveal a Spirit of Ecstasy figurine hand-sculpted in frosted rock crystal.

The rose gold vanes, embellished with nearly 10 carats of round white diamonds, resolve into swathes of natural amethyst weighing over 390 carats, specially selected for its colour saturation and quality.

The purple hue of the enamel and amethyst provide a playful nod to the use of colour found in Fabergé’s heritage. 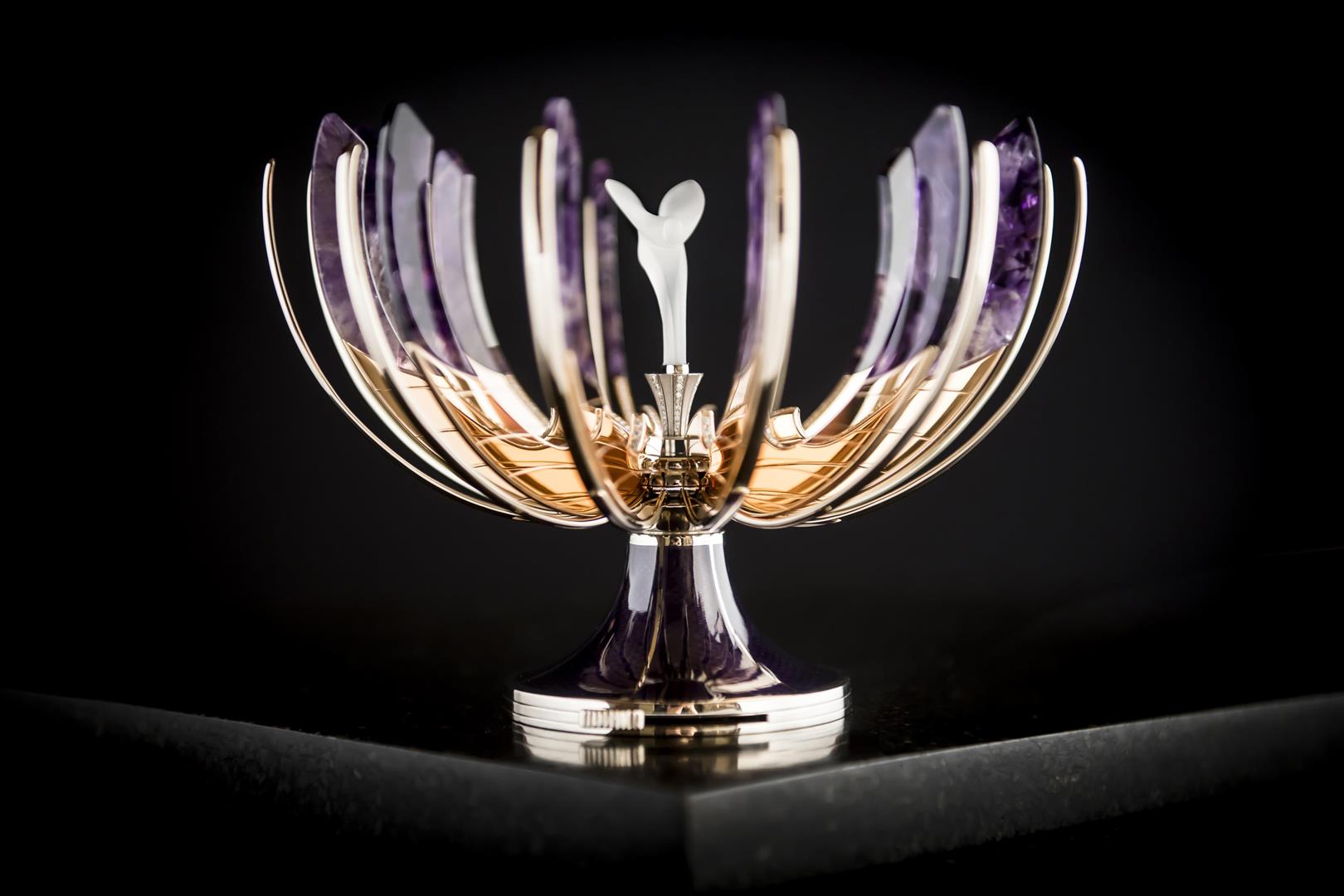 The operating mechanism, thought to be the most complicated ever created for a Fabergé Egg, blends the latest computer-aided design and micro-engineering technology with the traditional goldsmiths’ art.

The ‘Spirit of Ecstasy’ Fabergé Egg was premiered at the House of Rolls-Royce in Goodwood, West Sussex, England, to a party of distinguished guests and patrons in October 2018, before going on public display in the window of Fabergé’s premises in London’s Mayfair.

The history of Fabergé Eggs is closely linked with Easter. In 1885, Emperor Alexander III of Russia wanted to give his wife, Empress Maria Feodorovna, a truly memorable Easter gift.

The chocolate Easter egg that had first gone on sale in Britain a dozen years before fell far short of the exacting standards set by the towering, forceful man and something more impressive, magnificent and enduring was required. 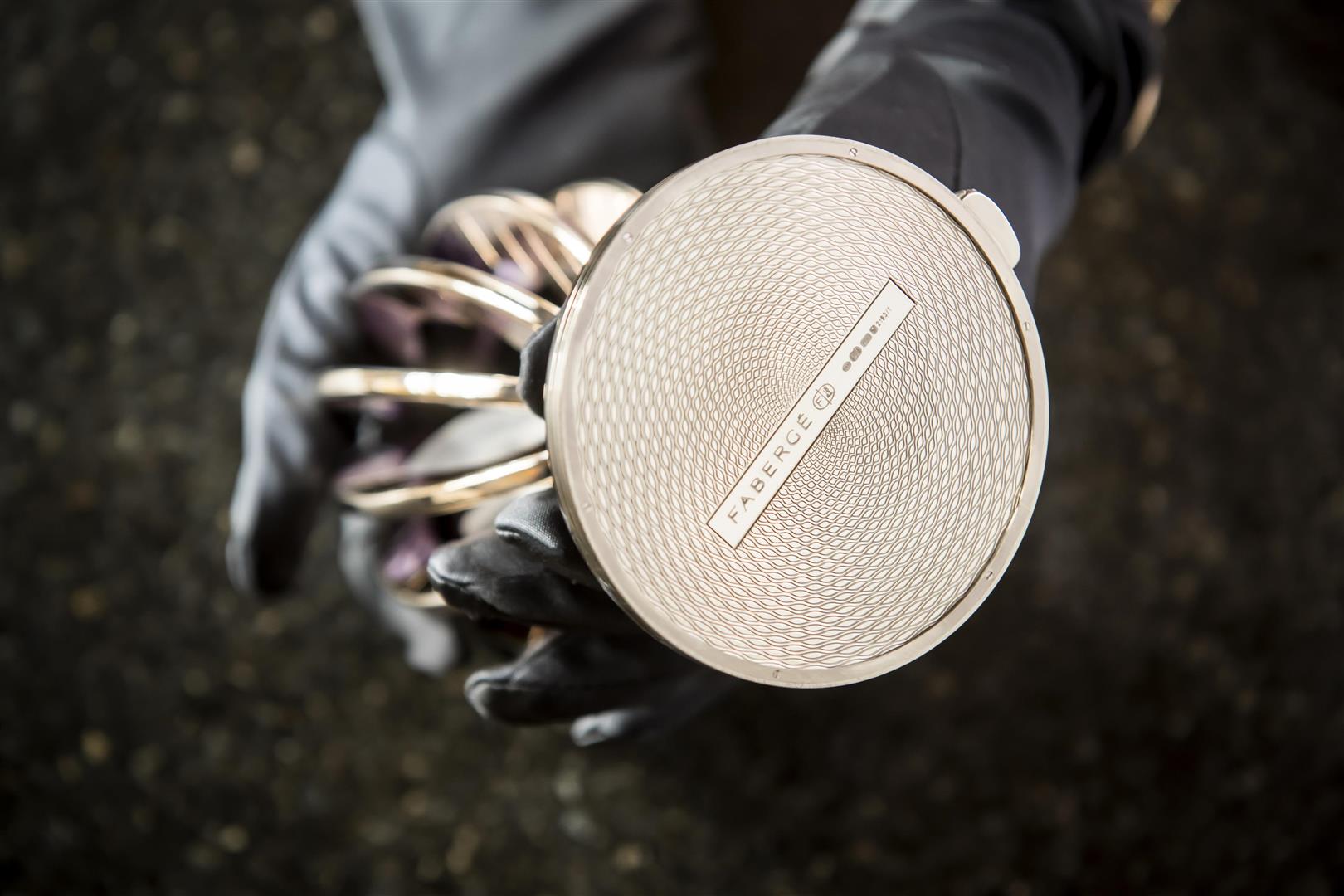 The firm obliged with an egg crafted from gold, with an opaque white enamelled shell that opened to reveal a yellow-gold yolk.

This contained a golden hen, which in turn concealed a tiny diamond replica of the Imperial crown, from which a small ruby pendant was suspended.

The Emperor was so delighted that giving Fabergé eggs became an Easter tradition for Russia’s ruling dynasty.

The firm produced a further nine exquisite examples for Alexander during his reign, and 40 for his successor Tsar Nicholas II (who was also a connoisseur of fine motor cars: his collection famously included a Rolls-Royce Silver Ghost finished in a suitably imperial shade of purple).

Many of these remarkable Imperial Eggs were lost following the Revolution of 1917 with the survivors now among the most coveted and valuable objets d’art ever created. 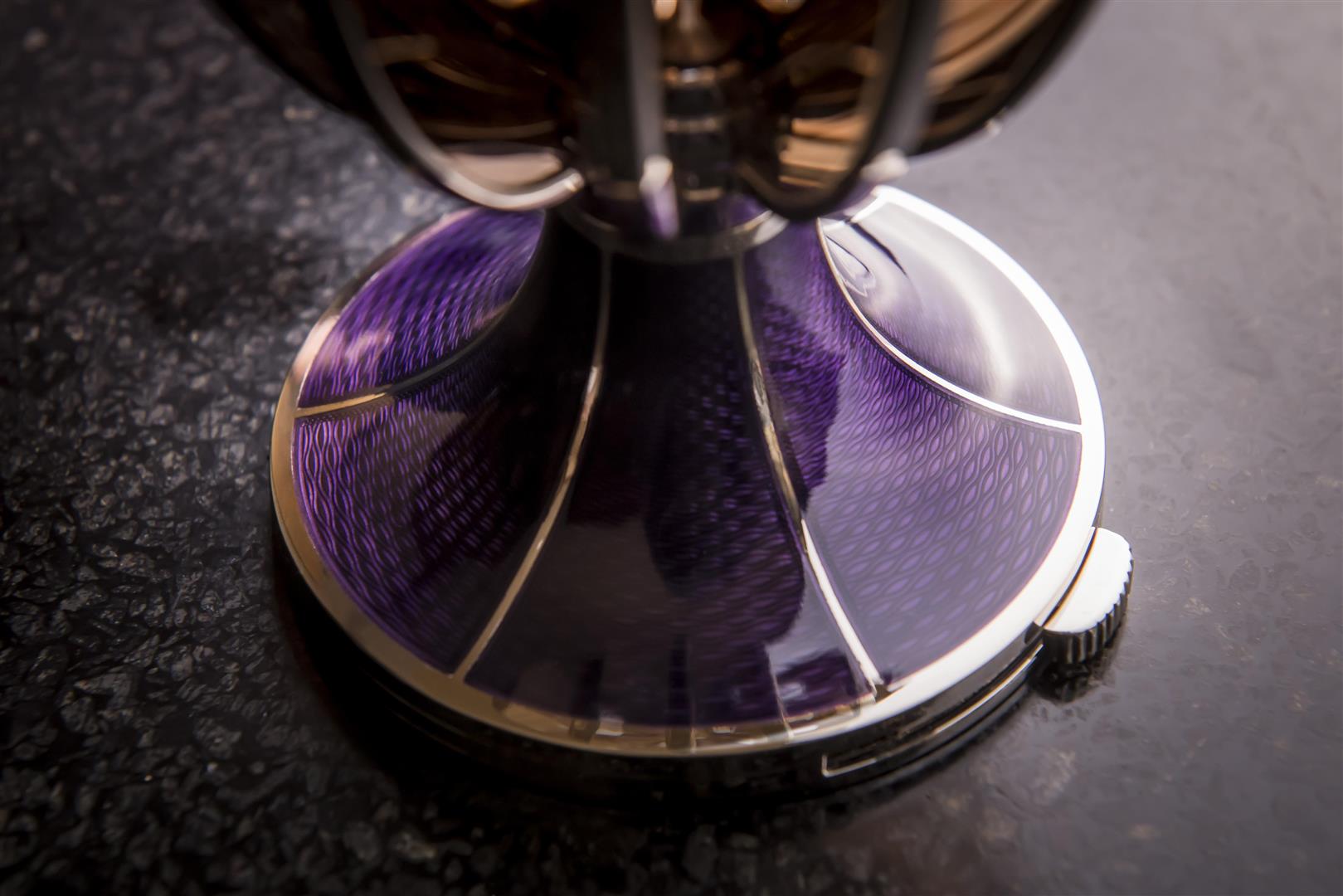 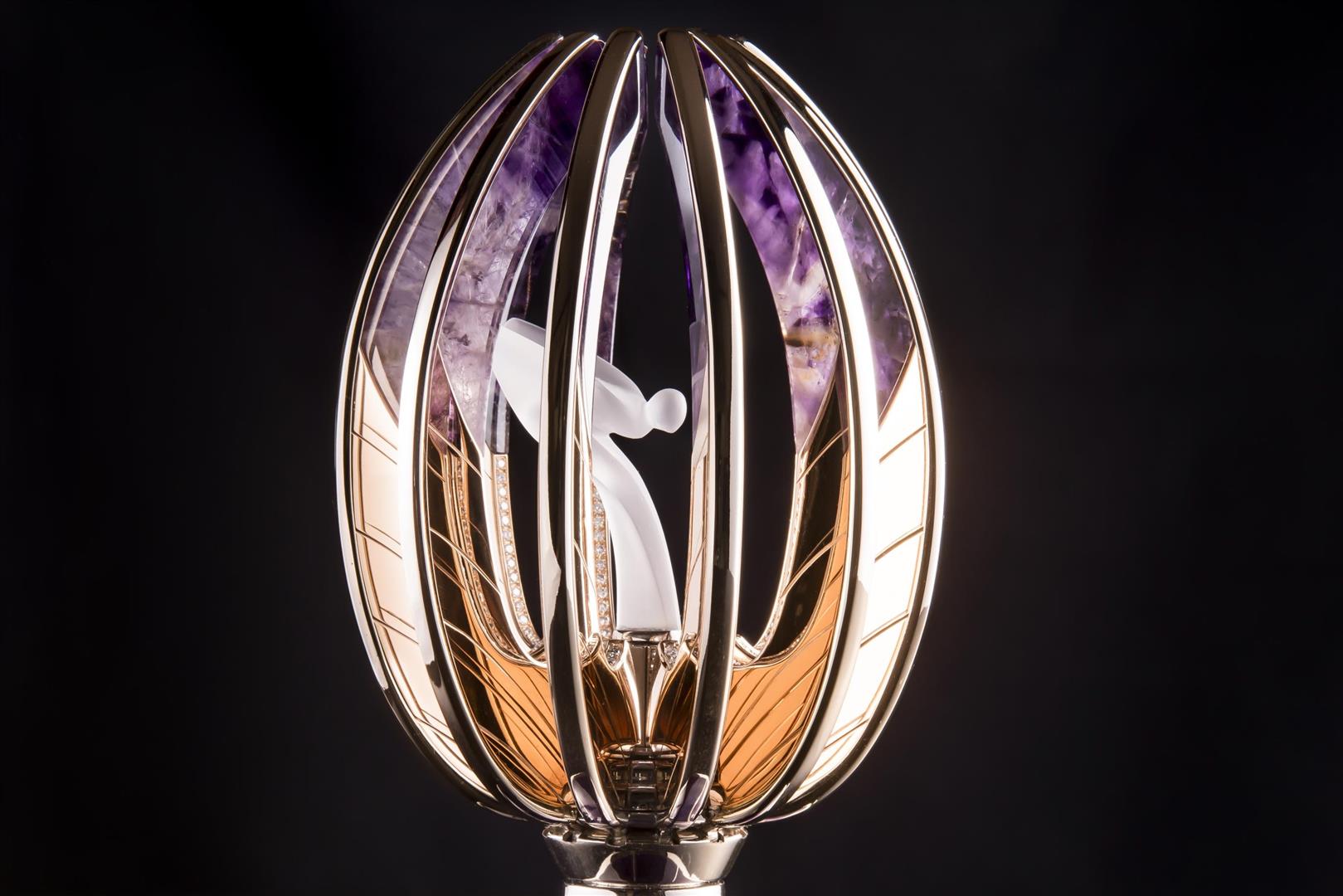