Home / News / Roughing it out at the 27th Borneo Safari

Roughing it out at the 27th Borneo Safari As I type this story, I find myself still scratching parts of my body that were bitten by sandflies.

Despite my experience in the great outdoors, which included a “baptism by fire” incident during a camping trip in Merapoh, Kuala Lipis, Pahang, I learned a lot from the Borneo Safari 4x4 expedition, an annual event which has been held in Sabah for the past 26 years.

I was offered the chance to cover this safari by The Star CarSifu editor, having previously expressed an interest in “that sort of thing”.

Being part of the Isuzu media team, we trailed the competitors’ convoy who drove custom-made off-road vehicles. 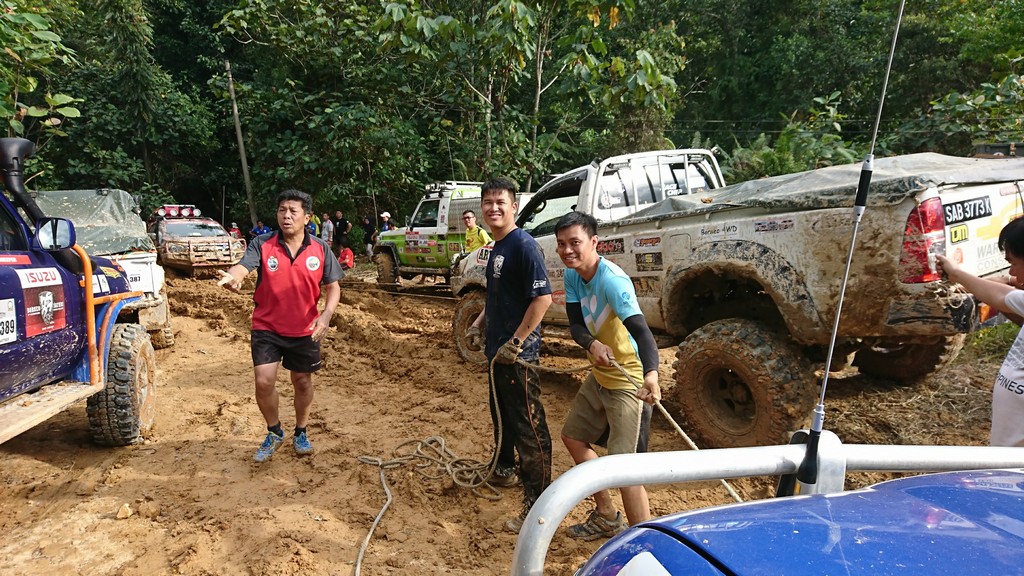 Everyone pitches in to help.

Having driven the same modified Isuzu D-Max “Monsters” and participated in 4x4 expeditions before, I thought this trip would be largely the same, until I got the proposed packing list from Isuzu and consulted a few friends who had taken part in the safari before.

The main takeaway? Pack light, quick-dry clothing and bring everything in a waterproof duffel in case there’s no space and your luggage goes on to the roof rack (which it did at some points throughout the expedition).

Participating journalists were given the chance to get acquainted with the modified trucks prior to the trip. Unfortunately, I had to give it a miss at the last minute.

A few journalists and I went straight to the Hardcore Section in Sabah’s Papar district. Being on the trail is no problem for the recovery team guys, as you can break out your portable gas stove anywhere and bang up something for the other team members.

We were expected to drive the vehicles during the safari, with experienced Isuzu and Sabah 4WD Association members acting as our co-drivers.

While camping by a large river near Karamatoi before entering the Hardcore Section, we were told this would be our last chance to bathe, in case there were no water sources for the next two days.

Large with clear-flowing waters, many of us took the opportunity to dip and bathe properly in case the dire prediction came true.

As with every plan, nothing survives first contact. Within 30 minutes of entering the Hardcore Section, the front axle of the truck I was in blew when we hit a rut while going uphill.

This caused a delay of almost two hours; recovery vehicles arrived to winch us out and the Isuzu mechanics and recovery team replaced the blown axle.

I think, following that incident, a quiet consensus was made between the journalists and the 4x4 experts to let the latter take over the wheel, rather than risk having another blown vehicle part. 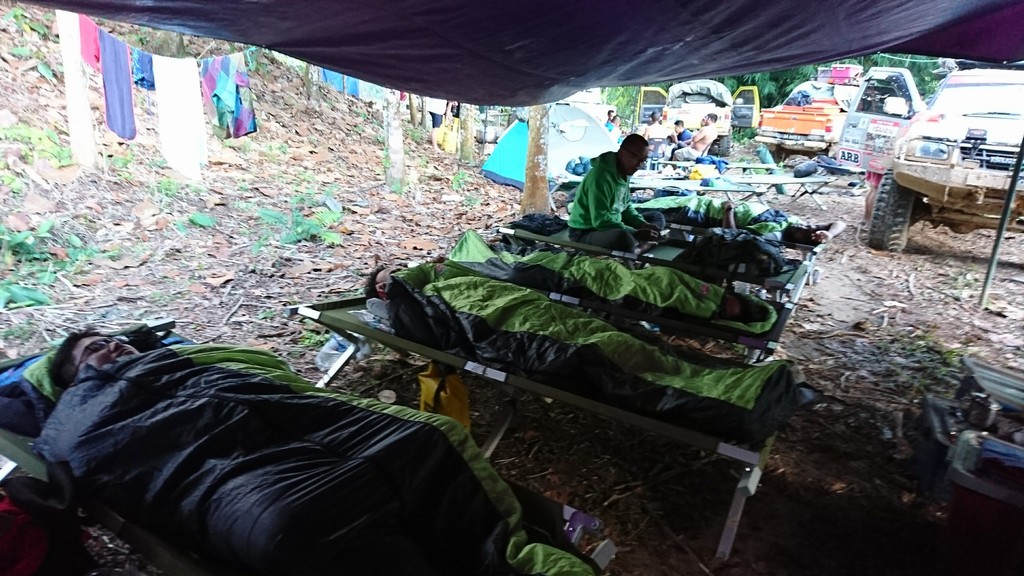 Finally out of the trail and with no more time pressures, everyone takes their time to relax at a campsite near Sungai Mandalipau.

And as predicted, the first night’s campsite was located at a rather small, teh tarik-looking stream which almost no one dared to bathe in.

Having slept almost exclusively in hammocks at every outdoor trip, it was a new experience sleeping in a camp bed, despite the sandflies, and waking up at 5am as the sun was already peeking through the clouds.

While much shorter than last year’s 500-odd km drive through Sabah’s various districts, this year’s route, despite being about 5km, was no less challenging.

The winching uphill required eventually saw a couple of the media team’s lead vehicles blowing their electrical, and even more worrying, their power take-off winches. So challenging was the terrain that the event organisers decided to open up an “escape route”. We also heard reports of competition vehicles breaking down as they went uphill.

Not that the escape route itself was any better, with several teams, including journalists, contributing manpower to help build a bridge of sorts with logs to make the last V-gully easier for vehicles to traverse.

All in all, this was a trip well worth the learning and experience, and one I would gladly go on again, sandfly bites and all. It's never easy descending and getting out of a V-gully, obviously named for its shape, due to the mud and the acute angles of ascent/descent. Here, Isuzu's White Monster D-Max prepares to attack this obstacle on Day 5 of the safari. Sitting down to a meal in a mall seems a little weird after days of standing up and eating quickly on the trail. A girl dresses up semi-traditionally in her Iban costume during the first-day launch of the Pasar Borneo at Seri Kembangan Business Centre  in early April.