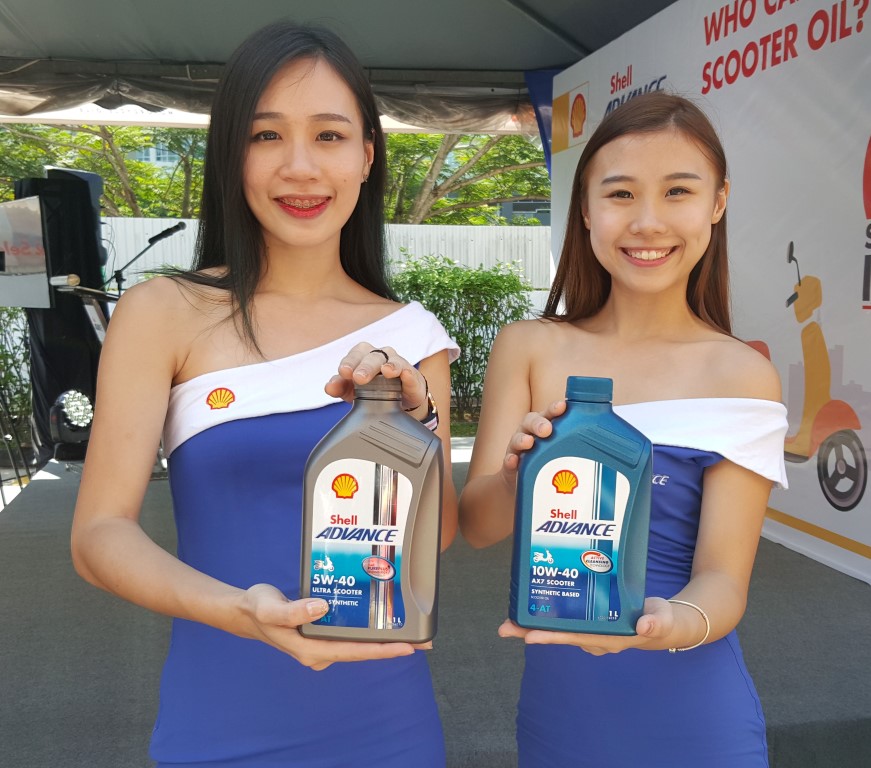 Recommended retail prices (inclusive of GST) for the Shell Advance Scooter oils are:

Together with the Shell Advance 4T AX 5 Scooter 15W-40 oil that has been in the market since 2014, the new product range caters to the growing population of scooters.

Scooters make up about 11 per cent of the estimated 12 million total two wheelers population in Malaysia and are different from motorcycles not just in terms of looks.

The engines, which are usually smaller, run at higher revolutions per minute (RPM) and operate at higher temperatures.

They also use an automatic instead of a manual clutch.

"Although scooter engines have to work so much harder, few owners and even mechanics are aware of the importance of using the right oils to ensure optimum performance. Shell Lubricants brings world-class technological insights to its products, offering you the best formulations for your vehicle," said Leslie Ng, general manager for Shell Lubricants Malaysia and Singapore.

The pilot initiative is being tested during this Chinese New Year festive season at 12 Shell retail stations in the Klang Valley, Northern Region, Southern region and the East Coast.

Shell Malaysia Trading Sdn Bhd Managing Director Shairan Huzani Husain said that SAMCE was an important new addition to the company's one-stop center for road users, especially motorcyclists, as the company continued to put the "service' back into the service stations.

"Quick, convenient, accessible and affordably priced, SAMCE will hopefully help bikers maintain their two-wheelers in good condition, avoid breakdowns and ultimately, reach their destinations safely. It is very much in line with our #ShellSelamatSampai road safety movement to drive road safety awareness and behavioural change among motorcyclists," said Shairan.