Also new to the seven-seater mu-X, is the Hill Descent Control (HDC) which allows a smooth and controlled hill descent on rough terrain.

The driver can adjust vehicle speed to suit slope conditions by depressing the brake pedal or accelerator (to maximum speed of 30kph).

It works for both hill forward and backward descent.

The vehicle has been fitted with aggressive front fascia to depict its strong and powerful look.

The vehicle styling concept is inspired by the bald eagle, resulting in sharp and lustrous front fascia.

Both 4X4 and 4X2 variants are equipped with new 18-inch alloy wheels to complement its prestigious look. This feature improves driver vision when driving at night and reduces driver fatigue due to the blue spectrum light range.

The headlamps also come with an auto-levelling feature that keeps the light shining on the road even as the vehicle is loaded with heavy cargo.

Inside, the driver and passengers will get to indulge in refined interior.

It is upgraded with soft-touch surfaces and gets wood pattern panel at the door trims and front dashboard.

The other prominent improvement is its new quilt pattern leather seats for more comfort.

Its infotainment system is upgraded with eight speakers surrounding the car delivering clear audio for all occupants.

The 4X4 variant comes with an 8-inch DVD touchscreen and comes with a fold down monitor for back row occupants. The 4X2 version, meanwhile, has the 7-inch DVD touchscreen.

Isuzu Malaysia is confident that this new mu-X will satisfy those shopping for a sophisticated-looking vehicle that comes with plenty of safety features.

Its CEO, Kenji Matsuoka, said he is confident in the build quality of the mu-X and that its diesel engine has always been known for its paramount durability and reliability.

“Our vehicles have always been designed on our three key principals in fuel efficiency, reliability and durability.

“The thousands of hours spent by our engineers in refining the mu-X has resulted in this pinnacle engine build, and enable us to provide five years unlimited mileage warranty,” he added. 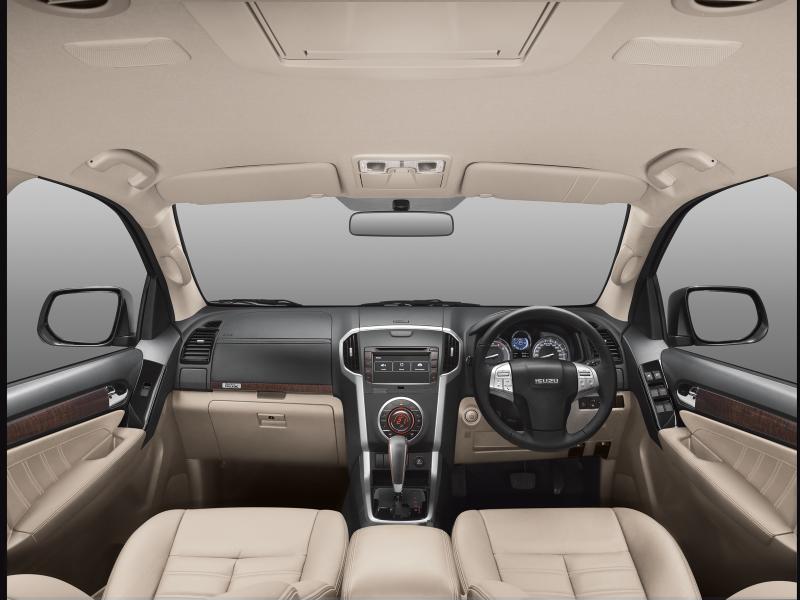