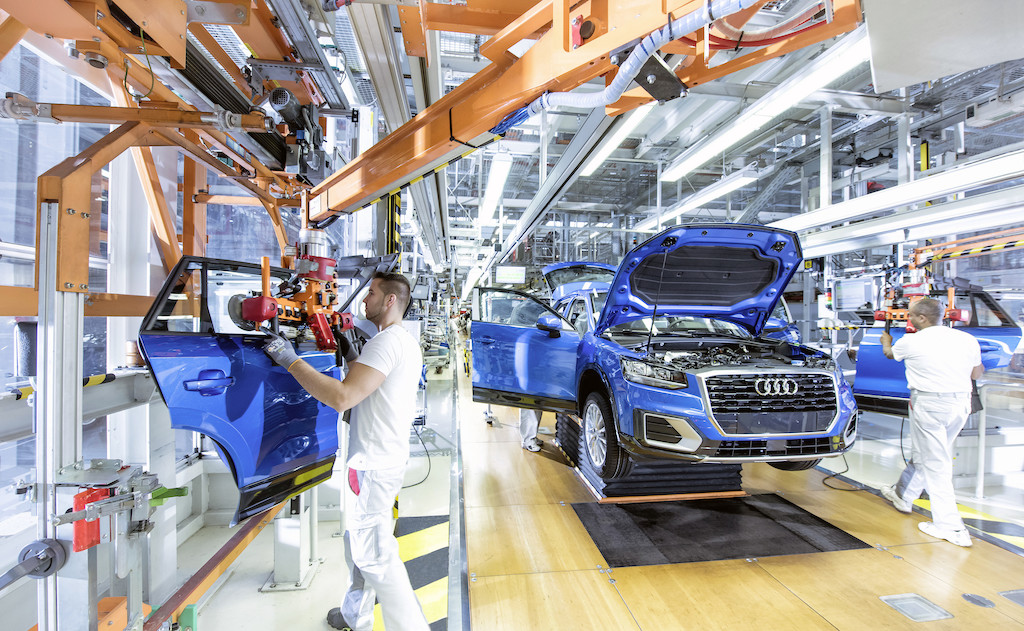 MUNICH: Germany’s car industry built its world-class reputation on sedans like the Audi A4, the BMW 5 Series and the Volkswagen Passat, reliable models that look good in the family driveway or company lot.

But a shift in consumer taste to more hulking vehicles is coming at the worst possible time.

Demand for sport utility vehicles that initially took hold in America has spread across the globe, dramatically changing the product mix of carmakers along with their production footprint.

Higher sales of the lucrative vehicles, while good for German manufacturers overall, threatens to hurt the workforce in factories at home that are heavily geared toward traditional sedans and hatchbacks.

At BMW AG, sales of SUVs made mostly in the US account for 44% of all global deliveries, up from 24% a decade ago - with a corresponding drop for models like the bread-and-butter 5-Series made at the Dingolfing plant near here.

The trend is similar at Audi, which churns out SUVs mainly in Mexico, Hungary and Slovakia, and Mercedes, whose workers in Tuscaloosa, Alabama, can’t make the massive GLE fast enough to satisfy demand.

Germany’s automotive industry, the largest employer with about 830,000 workers, is already straining under the biggest production drop in nearly a decade.

That has helped push Europe’s largest economy closer to recession.

The decline, led by trade tensions and a slowing global economy, comes at a delicate time for an industry already facing a future when fewer hands will be needed to assemble battery-powered vehicles.

A car’s combustion engine alone counts more than 1,000 parts, compared with just a couple of dozen components in an electric motor that doesn’t require an exhaust, transmission or fuel tank.

The repercussions from the simpler setup cascade through the making of an electric car, with fewer people involved in development, testing, parts purchasing and service.

"The SUV trend will certainly have implications for production structures,” said Rolf Janssen, a partner at Roland Berger consultancy.

"For workers, this adds additional pressure to the overall transformation trend.”

Like the pick-up truck, a model that’s popular in the US but largely absent from European roads, SUVs were a fringe phenomenon on the continent two decades ago.

Instead, motorists aspired to own an Audi A3 or the Mercedes C-Class, while their larger luxury siblings chauffeured around captains of industry and politicians.

Mercedes set up shop in Alabama in 1995, making SUVs near consumers in a key market, while BMW’s sprawling Spartanburg plant in South Carolina, its biggest globally, churns out X3 through X7 models.

VW manufactures its T-Roc crossover, credited with lifting results in its most recent quarter, in Portugal, while the Audi Q7 and Q8 takes form in Slovakia and the Q3 in Hungary.

Factory staff are starting to push back. In June, Neckarsulm worker representatives estimated the site’s utilisation rate at a woeful 60%, despite model revamps for A6, A7 and A8 sedans.

The factory, which employs almost 17,000, is missing out on the SUV sales boom and lacks firm commitments to assemble upcoming electric models, the powerful works council said, vowing to not budge on concessions as Audi seeks talks to cut costs.

"We urgently need plan to improve capacity utilisation now and a medium-term solution for the future,” Neckarsulm labour head Juergen Mews said in a statement.
Audi said its German sites remained the backbone of its global production network.

In Ingolstadt, which already makes the Q2 compact SUV alongside sedans, the brand is in the midst of construction work to make the plant more flexible, a spokesman said.

Talks with the labour council on future allocation plans are ongoing, she said.

Volkswagen’s factory in Emden has likewise faced problems as SUVs like the T-Roc cannibalise the trusty but staid Passat. Falling demand for the former drawing card has forced VW to put some 10,000 staff at Emden on reduced working hours and cut temporary employees.

The world’s biggest carmaker is shifting the Passat to Czech Republic and will retool Emden to make only electric vehicles by 2023 - a move VW has said will require still fewer workers.

The ubiquitous Golf, the car that brought VW back from the brink in the 1970s and set the tone for compact city hoppers, has struggled to maintain its allure amid mushrooming offerings of popular compact crossovers.

As an offset, the 20,000-worker plant also makes the popular Tiguan SUV, and should get a boost from Golf production being moved from Puebla in Mexico, Cox said.

SUVs make up 42% of production at Wolfsburg with the Tiguan and Seat Tarraco, and VW plans to build compact electric SUVs in Germany, a spokesman said.

SUV sales should account for half of VW brand deliveries by 2025 and the group will step up bundling similar products across its 12 automotive brands to boost efficencies, according to the company.

BMW has also sought to balance its SUV footprint, adding the X1 entry-size model to its Regensburg site in Bavaria. BMW said its global production network was able to react to changes in demand and customer behavior, while utilisation at its eight German plants was "good.”

Mercedes began German production of the GLA compact crossover at Rastatt in 2013 and Sindelfingen last year, in addition to the mid-size GLC SUV in Bremen.

But its lucrative GLE and GLS vehicles are still made in Tuscaloosa, and the top-priced G-Wagon is largely hand-built in Austria at contract manufacturer Magna International Inc.

Mercedes upgraded its facilities early to quickly react to changes in demand, a spokesman said, as demand for Mercedes SUV models has increased every year since 2009.

Switching production to new models is difficult, expensive and time-consuming.

Roland Berger estimates that it can take as long as a year to retool a plant to start making SUVs alongside sedans - provided the legwork to accommodate the bigger and heavier vehicles has already been done.

BMW’s Dingolfing factory, its biggest in Europe, last year made 330,000 sedans, from the entry-level 3 Series all the way up to the top-range 8 Series coupe.

The facility’s hopes now lie partly on the iNext crossover, a technology flagship in the mould of the i3 electric car and the i8 sports car, which use a carbon fibre chassis, that will go on production in 2021.

"Some of the juggernaut or brownfield plants with deeply ingrained structures will face a tougher task,” said Roland Berger’s Janssen.