PETALING JAYA: Uber and Grab are on the way to being regulated, the Land Public Transport Commission (SPAD) said, after taxi drivers protested against the ride-hailing apps in Kuala Lumpur Tuesday.

"The Commission is undertaking efforts to ensure applications such as Uber and Grab are brought into the system and regulated.

"However this move will require time," a spokesman said in a statement.

He said vehicles using Uber and Grab to pick people up were not licensed either by SPAD or the Road transport Department (JPJ).

He also said SPAD was aware of problems faced by taxi drivers, and that it was trying to find a solution to improve their collective welfare. 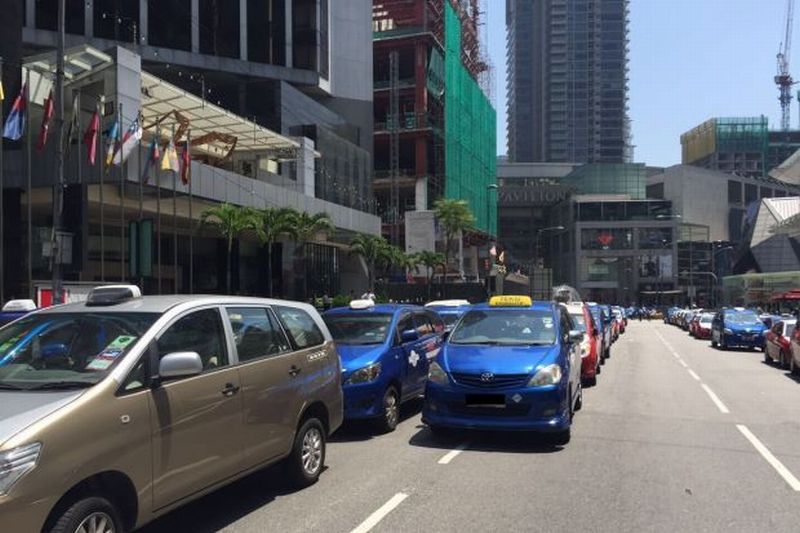 Taxi drivers protest over Uber and Grab brings KL traffic to a halt.

"SPAD will continue to engage the taxi industry and relevant stakeholders and balance the need to protect commuters' interest for better service," he said.

Earlier, nearly a hundred taxi drivers parked their cars along Jalan Bukit Bintang and blocked traffic for about an hour.

They demanded that Uber and Grab be banned. Police then tried to get the drivers time to disperse.

Five drivers were arrested after a final warning was not heeded.

Normal traffic resumed on Jalan Bukit Bintang at about 12.30pm.

Taxi drivers in recent times have protested against these apps, blaming them for a loss of income.

Uber and Grab have been seen as cheaper alternatives to taxis here, with some users claiming that the app's drivers have been giving better services as well.