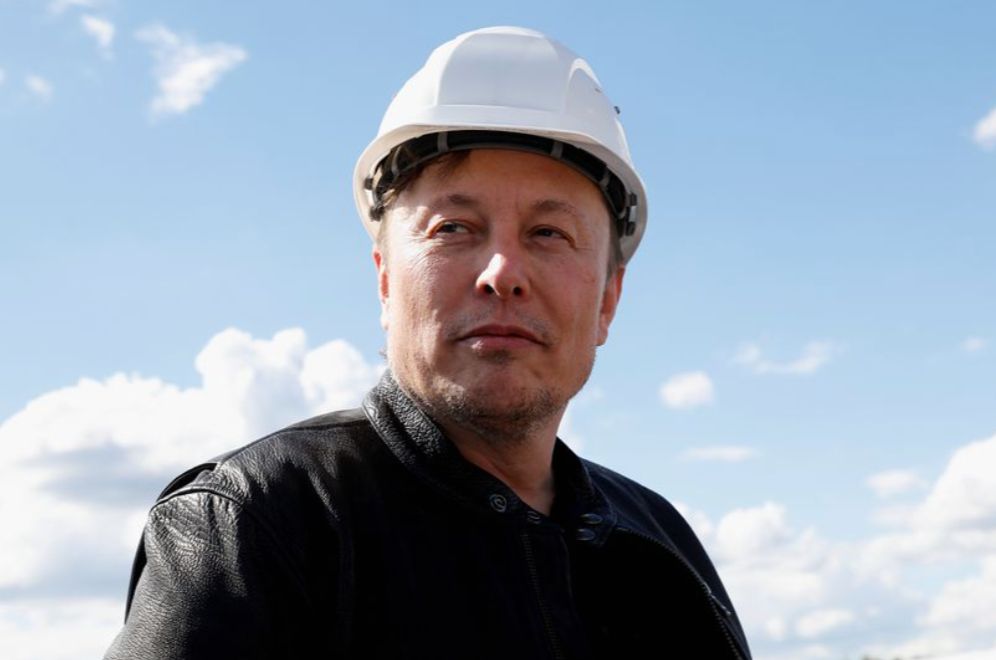 Musk visiting the Tesla battery plant site in Gruenheide near Berlin in May. — Reuters

FRANKFURT: Tesla boss Elon Musk has addressed 200 Volkswagen executives via a video call after an invitation from the German carmaker's CEO Herbert Diess, who wants to galvanise VW's top brass for a faster pivot to electric vehicles.

The comments on Thursday by Musk to a VW managers gathering in Alpbach, Austria, confirmed by Diess via Twitter on Saturday after a report in Handelsblatt daily, included praise of VW for being an "icon" and Tesla's greatest challenger, Handelsblatt said.

The paper said that when asked by Diess why Tesla was more nimble than its rivals, Musk said it came down to his management style and that he is an engineer, first of all, and has an eye for supply chains, logistics and production.

In a post on Linkedin, Diess added that he had brought in Musk as a "surprise guest" to drive home the point that VW needs faster decisions and less bureaucracy for what he called the biggest transformation in VW's history.

"Happy to hear that even our strongest competitor thinks that we will succeed (in) the transition if we drive the transformation with full power," Diess said on Linkedin.

As an example of Tesla's prowess, Diess said it took the rival only two to three weeks to rewrite software to allow for a switch from one type of microchip, which went out of stock, to another.

Diess said in his Saturday tweet that VW, which has emerged as the main contender to Tesla for global electric vehicle supremacy, would continue its dialogue with Tesla.

"We will visit you soon in Gruenheide," the CEO said.

Diess warned last month that the planned opening of Tesla's car factory at Gruenheide near Berlin, the company's first in Europe, will force local industry to step up its game against the fast-growing US electric vehicle maker.

VW, in turn, plans to build six large battery factories in Europe by 2030 as part of an all-in bet on electric mobility.