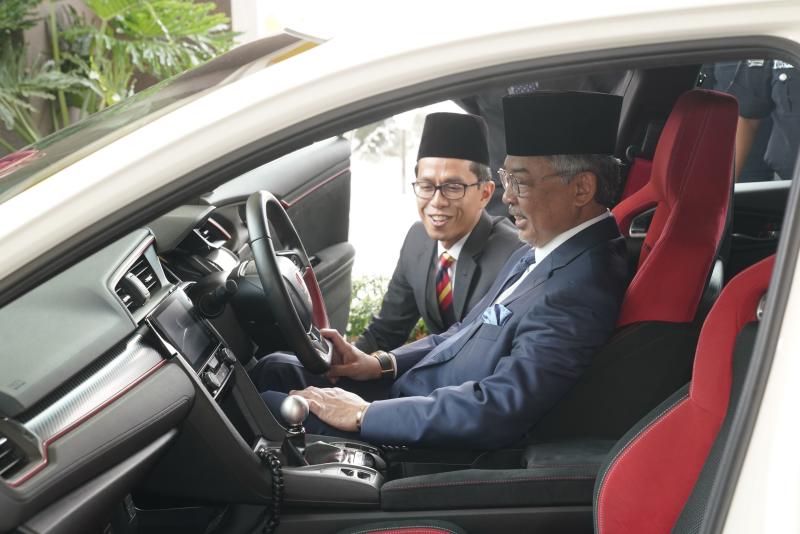 PETALING JAYA: Honda Malaysia presented the Civic Type R to the King as a gift in celebration of his birthday at a handover ceremony held at Istana Negara in Kuala Lumpur.

The most powerful Honda model would be used as an escort car for the Yang di-Pertuan Agong Al-Sultan Abdullah Ri'ayatuddin Al-Mustafa Billah Shah. 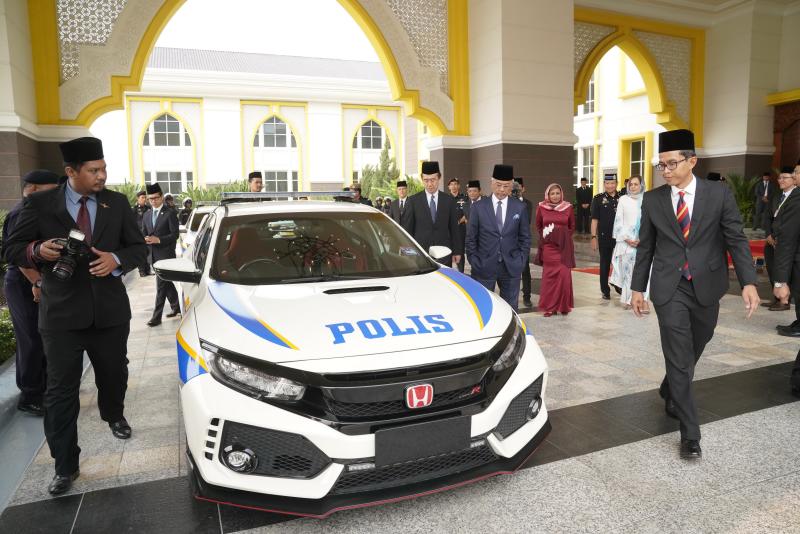 The Civic Type R that was presented to the King.

"This model is not only ideal to drive on track but also on the road as a daily commuter. On behalf of Honda Malaysia, I am truly honoured to present the Civic Type R to His Majesty The Yang di-Pertuan Agong for his daily use as an escort car.

"I am also pleased to present another Honda model - the Civic 1.5L VTEC Turbocharged Premium - to Her Majesty Raja Permaisuri Agong Tunku Azizah Aminah Maimunah Iskandariah as an escort car.”

The RM129,000 Civic is the top variant of the model and is one of three versions.