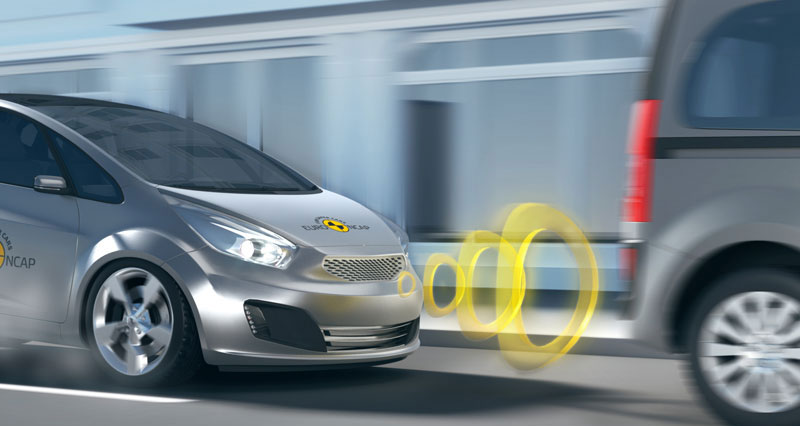 In their publication, they reported that the low speed AEB technology leads to a 38% reduction in real world rear-end crashes and that there are no significant differences between urban and rural crash benefits.

It was concluded that low speed AEB technology should see widespread fitment in order to realise maximum benefits.

AEB is one of many safety technologies that have become increasingly common in passenger vehicles.

Such technology normally consists of an automatic brake function that operates from 30 to 50kph.

Previous studies have predicted significant expected benefits of AEB technology in low speed rear-end crashes but, so far, there has been little evidence that they really work.

It has been found that advanced safety systems are often limited by slow take-up rates, insufficient crash data and lower crash rates of new, safer vehicles.

Euro NCAP, with support of ANCAP, has initiated the ‘Validating Vehicle Safety through Meta-Analysis’ (VVSMA) group that brings together experts from governments, industry, consumer and insurance organisations.

Induced exposure methods were adopted to control for any extraneous effects.

The findings showed a 38% overall reduction in real world, rear-end crashes for vehicles fitted with low speed AEB compared to a sample of equivalent vehicles with no AEB.

There was no statistical difference found between urban (up to 60kph) and rural (60km/h and above) speed zones.