Home / News / Toll charges expected to be abolished in stages

Toll charges expected to be abolished in stages PETALING JAYA: The government has decided to abolish toll charges gradually and in phases, in line with Pakatan Harapan’s general election pledge to the people.

Sources say that while a study currently being conducted on toll charges will only be finished by June, at least one concessionaire has offered to give rebates and discounts to road users in the meantime.

“It was agreed that tolls would be abolished over time but it will be phase by phase, not immediately,” a source with direct knowledge of the matter said.

According to Works Minister Baru Bian, the government would only make a final decision after the study was submitted.

He said one or two toll concessionaires had come up with several proposals that could be implemented in the meantime.

“In fact, we are looking at it at the short term, medium term and long term. There are some proposals that are feasible and can be implemented in the immediate future for the short term.

Abolishing tolls was one of Pak­atan Harapan’s pledges in its manifesto for the 14th General Election last May.

But Pakatan has not been able to deliver on it after winning power due to the massive debts left behind by the previous administration,

In June last year, Lim said the promise to abolish road tolls would only be looked at once Malaysia’s financial situation had improved.

In November, Works Minister Baru Bian told the Dewan Rakyat that there were 29 highways with tolls in the country.

Of the 29, the concession for two would end in 10 years’ time, while agreements for another 16 would end between 11 and 20 years’ time.

The remaining 11 are highways where tolls will be collected beyond the next two decades.

Baru also told Parliament that his ministry had been given six months to negotiate with the stakeholders and concessionaires.

He said any move to help Mal­aysians reduce the rising cost of living would benefit not just the bottom 40% households (B40 group) but the middle 40 (M40) households as well.

“This means they have to pay for parking, get stuck in jams and pay tolls,” Selvaraj said. 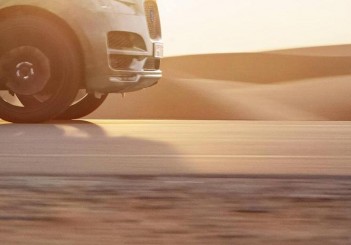