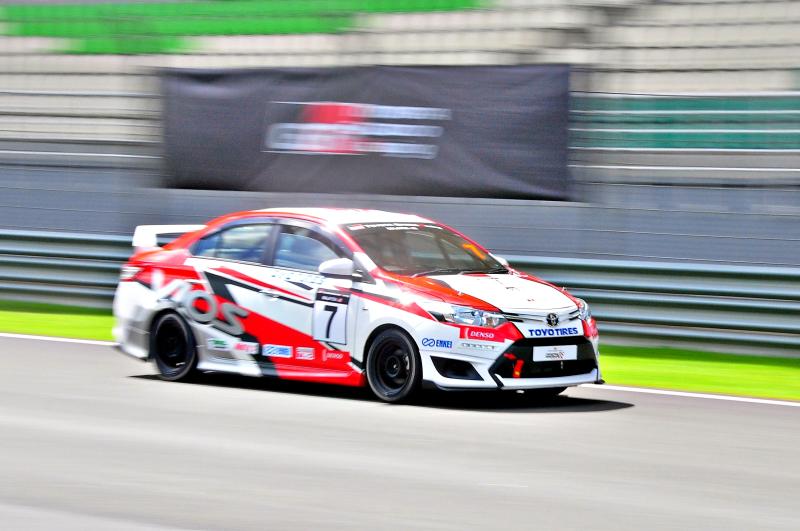 PETALING JAYA: Bandar Malaysia will become the backdrop for the most unique stopover yet in the Toyota Gazoo Racing Festival and Toyota Vios Challenge racing series with an airstrip being transformed into a racing track for the very first time ever.

The former airport and home of the Royal Malaysian Air Force in Sungai Besi will play host to Round 2 of Malaysia’s premier street racing series from Nov 9-10 with free admissions for members of the public.

The 1,199m-long runway has become a 1.7km circuit with the aircraft hangars housing the motorsports and automotive festival.

“As a street racing series, one of the most challenging tasks is to find a venue that is not only large enough to accommodate both the racing circuit and festival ground but more importantly accessible and as close as we can to fans and spectators. These challenges, however, also
present us with the unique opportunity to explore venues never before used or envisioned as a racing circuit,” said UMW Toyota Motor chief motorsports officer AkioTakeyama.

“In the case of Round 2, a former airport is as unique as it gets and the location as central as you can be in Kuala Lumpur,” he added.

Construction of the Bandar Malaysia circuit took approximately three weeks to complete and works involved transporting, positioning and interlocking of hundreds of blocks of four-tonne concrete barriers as well as debris fencing to form the inner and outer parameters of the track.

The track must also be built to FIA (the Fédération Internationale de l'Automobile) safety specifications.

“Street racing brings out the best in Malaysian racers. The absence of run-off areas makes it extremely unforgiving, more intimidating and even more difficult to master. It requires 110 per cent concentration, focus and precision from the drivers. For spectators, a street race is even
more exciting visually as they are able to be closer to the action,” said Takeyama.

In three seasons of the Toyota Vios Challenge series, the race has been held at various stadium and exhibition grounds in Terengganu, Johor, Penang and the Klang Valley, including the Sepang International Circuit. Emulating street races such as the historic annual Macau Grand Prix, the Toyota Vios Challenge is no less exciting.

More importantly, it provides drivers with a more challenging race, an even greater level playing field and the excitement of driving on a variety of tracks - contributing to the honing of a racer's technical and driving skills.

Meanwhile, UMW Toyota Motor president Ravindran K. said that the prospect of transforming an airstrip into a full-blown racing track is a manifestation of both Toyota and its Gazoo Racing philosophy of breaking tradition and pushing the boundaries.

“Innovation is not only reflected in the vehicles we produce, but it underlines the way we think and do things, and in the case of the Toyota Gazoo Racing Festival, it means turning the least expected venues into tracks to bring motor-racing closer to the masses,” said Ravindran.

Both Shawn and Wany will start with one race win each under their belts after winning the opening two races of Season 3 in Kuala Terengganu last month. “Round 2 is going to be very exciting because we will be competing on a new track. There’s really no way of preparing for it in terms of setting up the car until we get a chance to drive on the track during the official practice session and evaluate the surface condition and overall flow
of the circuit. From what I gather so far, it’s going to be quite a fast track,” said Shawn.

Among the big names in Malaysian motorsports driving in both the Sporting and Super Sporting classes include Season 1 and 2
Sporting champions Brendan Paul Anthony and Brendon Lim.

For Super Sporting Class driver Kenny Lee, the first practice session is critical to uncover much of the unknown.

“I have never had the opportunity to visit Bandar Malaysia in the past and therefore I don’t know what the surface condition is like. The first thing everyone will be looking into is certainly the final track layout and finding the fastest racing line around the track. We’ll also have to carefully look at the surface conditions especially in the braking zones because you never know, some areas can be a bit bumpy, slippery or even dusty,” he said.

Tengku Djan Ley shared the same sentiment, saying that drivers will, in essence, have only about 90 minutes throughout the race weekend to learn the new track. 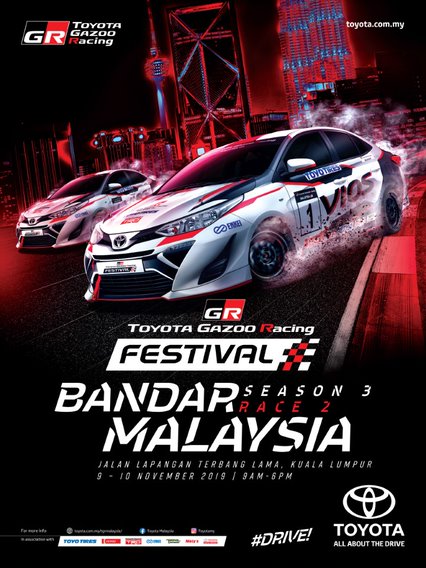 “We have a track walk on Thursday evening and the official practice starts on Friday, so essentially you only have a couple of laps to try and decipher the entire track and obtain enough information that will go into setting up the race car. Those who are able to do this will have an
advantage,” said Tengku Djan.

“There’s really not much that can be done to the set-up apart from experimenting with different tyre pressures, suspension settings and alignment combinations, but these small changes do make a big difference on the track.”

Sporting Class driver Kenneth Koh said the prospect of racing on an airstrip is both exciting and creates suspense.

“With racing, it’s always about the surface conditions and whether it offers drivers the desired levels of grip, but none of us has ever experienced driving on an airstrip and this does create some suspense,” said Koh.

“I am both excited and nervous at the same time, but I am certain that Round 2 will be a very interesting race. Once again, everyone will be competing on a level playing field.”

For race fans and spectators, the Toyota Gazoo Racing Festival will showcase Toyota’s fleet of vehicles, test drive sessions, a drift performance by professional Japanese drivers, a concert, a bey blade and racing simulator challenge, and the sale of merchandise.

Visitors to the festival will also be able to get up close and personal with the newly-launched Toyota GR Supra.