KUALA LUMPUR: The new Toyota GR Supra sports car got the adrenaline flowing on the vast, open tarmac of the Sungai Besi airport, Kuala Kumpur today - a few hours before its official launch at the same venue by UMW Toyota Motor.

Three test drive units of the GR Supra, which marks the triumphant return of Toyota's iconic sports car, were provided for the motoring media to sample briefly.

This GR Supra variant has a powertrain shared with the BMW Z4 M40i armed with a 3.0-litre, in-line six-cylinder, twin-scroll turbocharged engine producing 340hp and 500Nm of torque.

Both cars also have the same eight-speed automatic gearbox.

Fans of the GR Supra would be familiar with the background behind Toyota's collaboration with BMW a few years ago, where the partnership aimed to lower investment costs and speed up development time for the GR Supra. 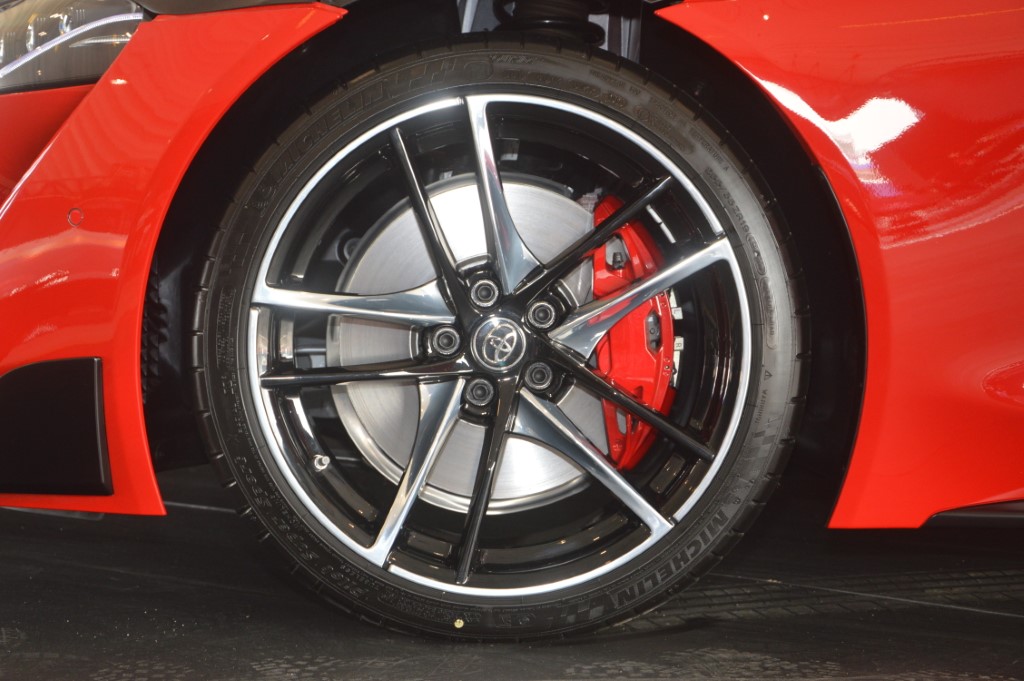 Traffic cones were laid out on the tarmac for driving exercises, and each participant was accompanied by a driving instructor.

After getting into the deep bucket seats, we were told to do a short high-speed sprint before performing a brake-steer-avoid manoeuvre without "killing" any cones.

Next, it was a slalom exercise where we zigzag between the traffic cones and this was followed by a straight line high-speed sprint to around 200kph before hitting the brakes, and ending our session with another slalom exercise.

Although it was an all too-brief session, we did enjoy the loud, throaty roar of the 340hp engine as we sprinted towards the 200kph mark as well as the powerful brakes, sharp steering and precise handling of the GR Supra.

We didn't get much time behind the wheel, but it was enough to make us salivate for more and wish we can go all out with it on a track like the SIC (Sepang International Circuit).