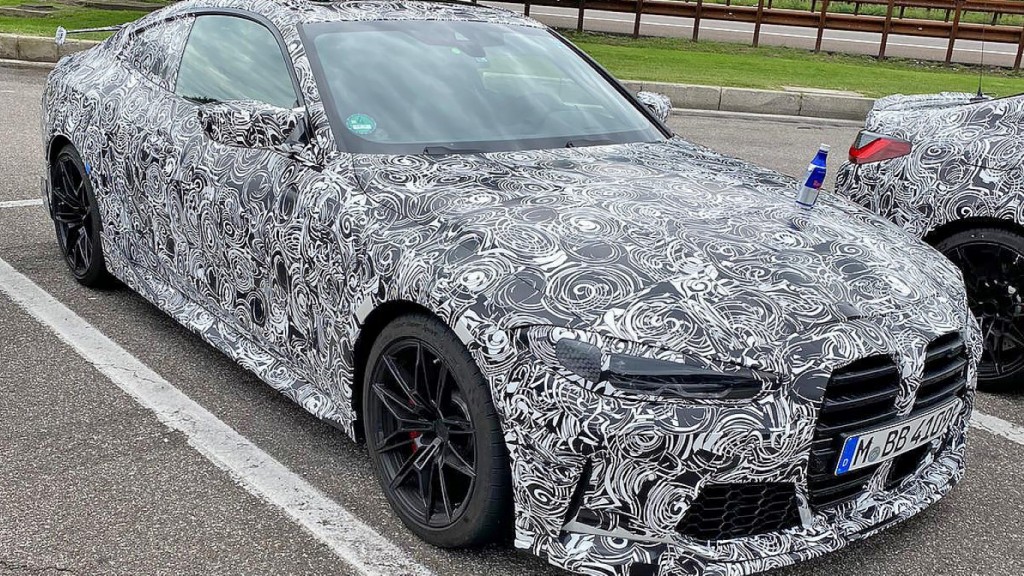 MUNICH: What you see above and below is not the standard BMW M4 but is purportedly the M4 GTS prototype as exemplified by a stacked centre quad exhaust system.

The design is reminiscent of the exhaust design of the Lexus IS, RC and GS model range that has the F-designation that indicates a performance model. But rather than occupying the outer edges of the bumper, as on the Lexus vehicles, BMW has varied the position, stacking up the pipes in the centre instead. Note that the M3 CSL for 2025 have the same exhaust orientation

At this point, it would have many assuming that this model could be a meaner and faster beast than the M4 Competition. especially with that prominent wing on the bootlid. Internet rumours have it that the German carmaker will be reviving its Coupe Sports Lightweight (CSL) nomenclature for its upcoming M3 and M4 models in 2025 - possibly as a limited edition, so the GTS badge might not be long for this world.

So is the camouflaged car here the M4 GTS (or CSL)?

Actually, neither.  It's an M4 test mule that has been fitted with M Performance Parts that has got tongues wagging. But it would be refreshing to finally come across a production series M3/M4 with that funky exhaust.