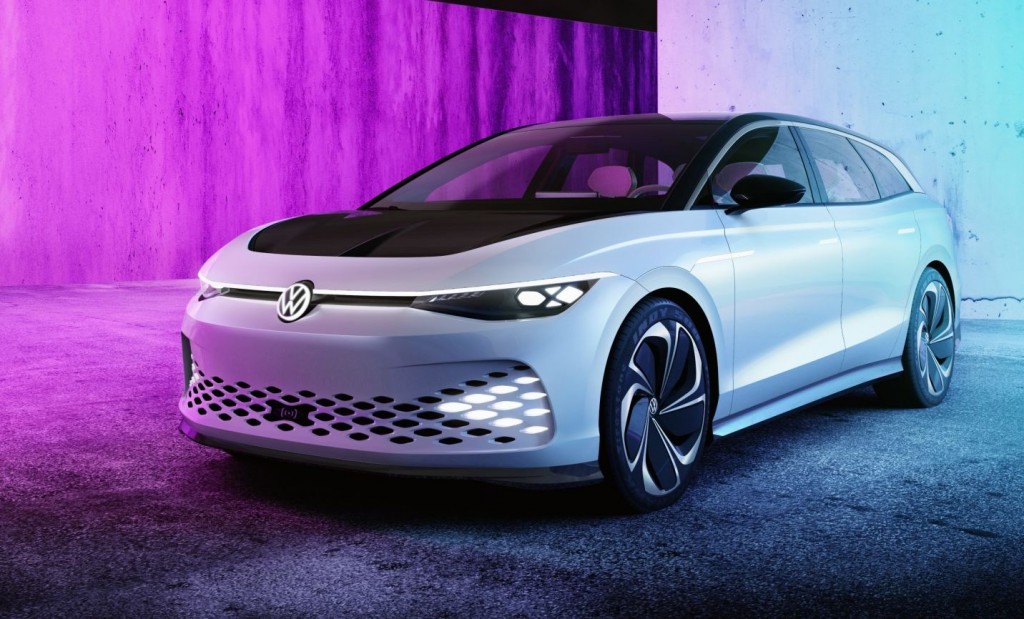 LOS ANGELES: The seventh member of Volkswagen's ID family — the ID Space Vizzion concept — has made its global debut, previewing a possible production model that will join the VW portfolio in the future.

Because the Space Vizzion has the same foundation as smaller vehicles like the Vizzion, Buggy and Crozz but a larger body architecture, it has a relatively generous amount of interior space.

The rear-mounted motor which generates 275hp can be complemented by a second motor to give the vehicle all-wheel drive and a 355hp power output. The estimated range on a single charge is up to 480km.

Similarly to the ID Vizzion, a light signature spans from the outer edges of the slim headlights to the center where the VW badge is positioned just above the honeycomb vented bumper. Behind these elements is a low hood with a glossy black finish which blends in with the dark windshield and continues all the way to the rear window. Below this component is the set of taillights, which illuminate in a honeycomb pattern to match the details of the front fascia.

Moving to the inside, an augmented reality head-up display takes the place of a traditional, physical cockpit. Most other operation and infotainment controls have been relocated to the 15.6-inch touchscreen in the center of the dash.

The vehicle will automatically tailor a handful of settings to an individual's personal selections based on the vehicle key. If the vehicle "detects a stressful situation, such as rush-hour traffic jams, the system suggests switching to a relaxation mode in which a calming ambient lighting shade is activated."

Considering that the majority of ID concepts have later become production models, it's likely that customers will be able to own their own Space Vizzion electric wagon in the not-so-distant future.