Volkswagen Golf GTE Sport to get a showing at Worthersee WOLFSBURG: With a keen eye on the future, Volkswagen – the inventor of the GTI, will present its 395bhp Golf GTE Sport as a concept before 200,000 visitors at Lake Worthersee in Austria.

A 1.6-litre turbocharged petrol engine powers the concept, with an electric motor each mounted on the front and rear axle for a total output of 396bhp and allowing it to reach 100kph from standstill in 4.3sec and onwards to top speed of 280kph. It uses a six-speed DSG gearbox to manage power delivery to the all-wheel-drive system, while LEDs take care of illumination from the headlights to the daytime running lights.

It predominantly wants to drive under full electric power and the body is made predominantly of carbon fibre with doors that open upwards at an angle – a la BMW i8.

The GTE wants to be driven predominantly in E-Mode – full electric vehicle mode, hybrid mode with regenerative braking and a combination of petrol and electric assisted propulsion. And then there’s GTE-mode, where the full potency of the 1.6-litre turbocharged engine is unleashed to all four wheels with the electric motors acting as a boost function.

Most uniquely, the GTE Sport possess an electric prop-shaft that helps in redistributing electrical charge by using one of the two electric motors as a generator to recharge the battery when it is low.

Inside, the passenger and driver sections for the two-seater with five-point seatbelts is literally segregated, with the driver getting an aggressively-designed three tier instrument display and an obviously driver-centric race-inspired cockpit area. 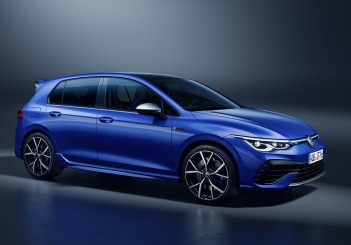 Decide how 'Night of the Living Arteon' ends