AFFALTERBACH: Mercedes-AMG has apparently gone ahead and made the GT 63 S 4MATIC+ even faster.

Utilising the infamous Nordschleife Nürburgring as its test-bed, AMG development engineer and former racing driver Demian Schaffert managed to fine-tune the GT 63 S 4MATIC+ to shave off 2.3 seconds from its original lap time. This puts the four-door coupé from Affalterbach at the top of the time-sheet in the “luxury class” category for the 20.832km-long track at 7 minutes 27.8 seconds - regaining the crown after three months from the Porsche Panamera (7 minutes 29.81 seconds). For grip, it uses Michelin Pilot Sport Cup2 tyres to take on the 73 turns along the “Green Hell” while the included optionally extra aero package helped provide a reduction in drag as well as some much-needed downforce for added stability.

With a nine-speed AMG SPEEDSHIFT MCT 9G transmission, 0 to 100kph sprints take 3.2 seconds before reaching a top speed of 315kph. 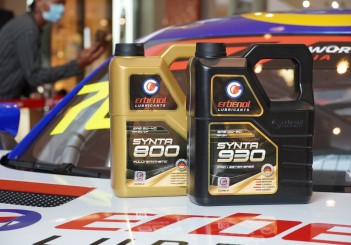