Home / News / What is it like to watch a film at KL drive-in cinema: A Star writer's tells it like it is

What is it like to watch a film at KL drive-in cinema: A Star writer's tells it like it is 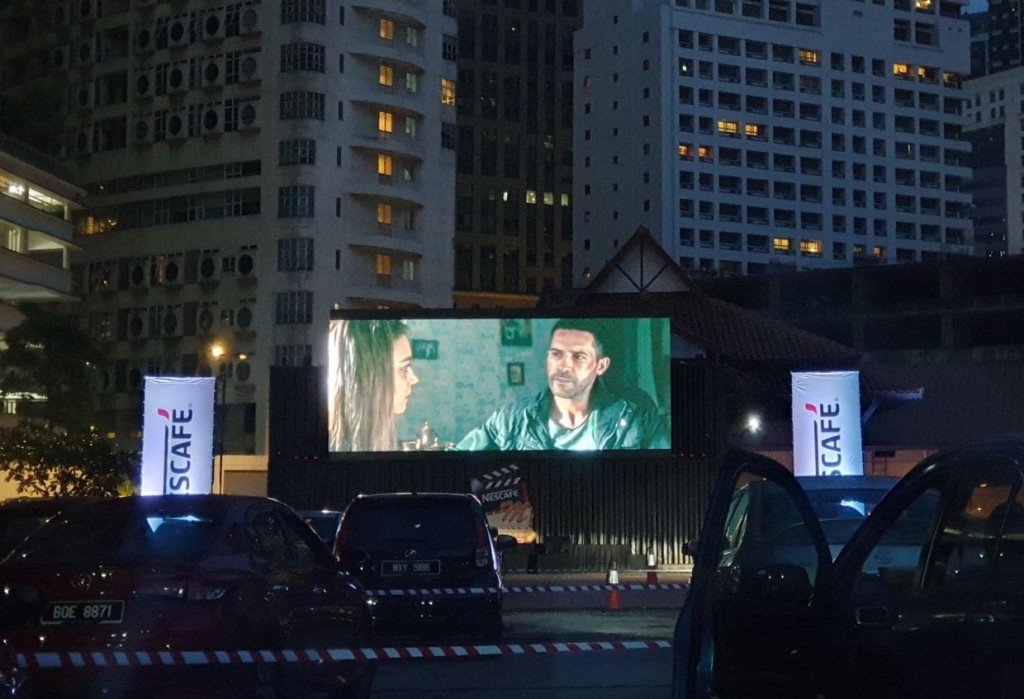 The writer's view of the LED screen, parked at the last row of M-Junction drive-in cinema at Matic, Jalan Ampang, Kuala Lumpur. — The Star/KENNETH CHAW

KUALA LUMPUR: The idea of watching a movie in a traditional cinema may not be something you’re entirely comfortable with yet, what with Covid-19 cases in Malaysia back on the rise.

But there’s a new cinematic experience in town, where, get this - not once did I need to step out of my car throughout the entire experience.

It’s called a drive-in cinema, where movie buffs simply drive to a parking lot, turn off their engines and watch a movie through an outdoor LED screen.

They’ve cropped up all around the world since the pandemic hit, and for the first time in Kuala Lumpur, the experience can now be enjoyed at M-Junction drive-in cinema at Matic, Jalan Ampang. Each car gets its own speaker to ensure quality audio.

On July 29, members of the media were the first to try out this unconventional cinema. It officially opens on July 30.Each car gets its own speaker to ensure quality audio.

The experience begins even before arriving at the venue. Tickets, food and snacks can be bought solely online via mjunction.my. Confirmed bookings are then given a QR code.

At the entrance, moviegoers (a maximum of two in a car) must present the QR code and undergo a temperature check.

I was then directed to my parking space, which (except for priority front row parking) is given out on a first-come, first-served basis.

Here’s a tip: It’s best to arrive earlier (at least 30 minutes before showtime). I was running a little late and was parked in the final row.

Even so, with four rows of cars ahead of me, I could still see the screen pretty well.

Our movie for the day was the latest action flick, Legacy Of Lies. Its daily roster of movies includes both past and current movies. Dinner for two is included in the basic RM99 package.

The most impressive thing about this drive-in cinema was truly the audio quality. Each car is given a speaker and an AUX cable. The volume is adjustable.

Combined with the natural acoustics of a car cabin, the audio turned out crisp and clear. And most importantly, the audio was in sync with the visuals.Two mobile fans are given out to each car as patrons are encouraged to turn off their engines.

Speaking of visuals, the LED screen did a respectable job despite the sky being relatively still bright when the show began at 6.30pm.

However, it was a little hard to see when it came to darker-lit scenes. The visuals are still decent but I couldn’t pick up on certain minute details.

But once night fell, this wasn’t an issue. The 8.30pm slot might be a better option for those who want optimum clarity.

The best feature about a drive-in cinema is, of course, the very reason it was created in the first place – to ensure its patrons’ safety. Two mobile fans are given out to each car as patrons are encouraged to turn off their engines.

The cars were parked more than two metres apart from each other (by my estimation) so there’s definitely social distancing at work.

Food and snacks (pre-booked online) were delivered by the ground crew to each car.

And if you encounter any difficulties or would like to leave the screening midway, simply turn on your double signal and a ground crew would come to your aid.

So there’s no need to get out of the car really except of course if you need to use the washroom.

My only gripe is its hefty price tag. Prices start from RM99 per car (includes food for two pax). RM159 for those who want priority front row parking and extra food thrown in.

Though I was amazed by the audio quality of the drive-in cinema, obviously, it’s still not on par with the immersive, multi-dimensional sound I’d get from an indoor cinema.

And while your car does provide you with air-conditioning, we’re given two high-powered mobile fans and advised to turn off our engines for the sake of the environment.

It’s also important to expect the unexpected when it comes to a drive-in cinema. As Malaysian weather is notoriously unpredictable, be prepared for delays in screening or to have your screening rescheduled altogether.

It might seem like quite a list of things to have to give up. But for those wanting to have some semblance of a communal cinema experience while making sure the risk of contracting Covid-19 is relatively low, it’s perhaps the only viable option for the time being. — KENNETH CHAW