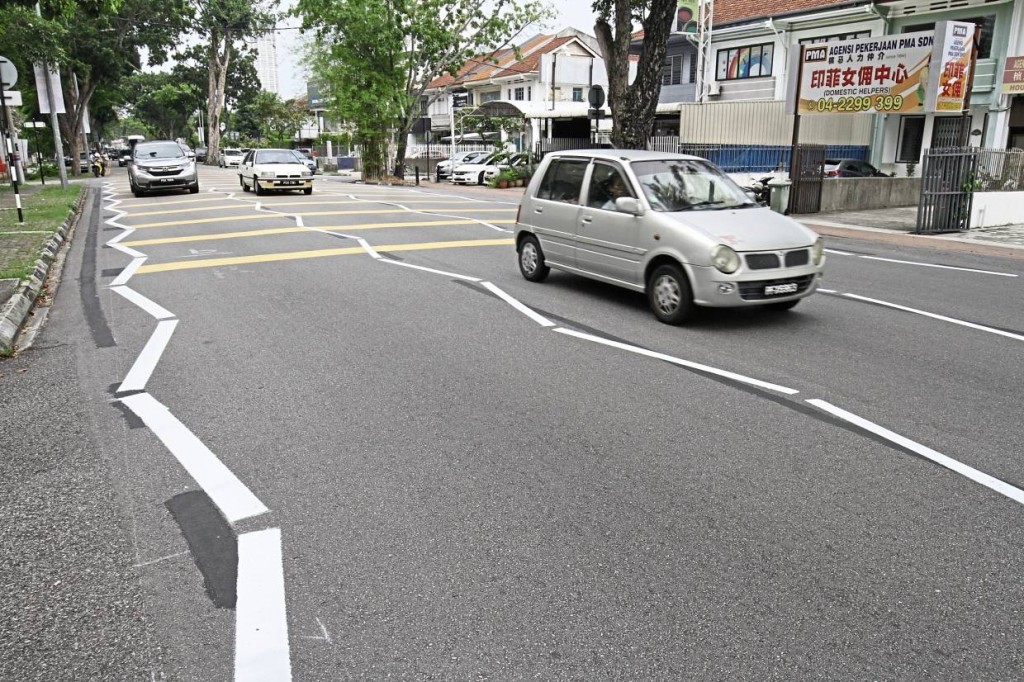 Burmah Road in George Town was the first street in the state to get the zigzag treatment.

GEORGE TOWN: In case you see zigzag white lines on Opening roads, they were not made by a drunken worker or prankster.

They are actually to tell motorists to slow down because they are approaching a pedestrian crossing.

AS a precaution to prevent accidents, the Penang government will mark zigzag lines near pedestrian crossings on five more roads.

“The public are supportive of this initiative but many of them are not aware of its purpose,” he told reporters at a press conference.

Zairil added that to promote awareness of this project, three educational videos had been uploaded onto social media.

“The videos will also be screened by TGV Cinemas in Paragon Mall, 1st Avenue Mall and a mall in Bukit Mertajam before the start of a movie as part of the company’s corporate social responsibility.”

Penang Island City councillor Connie Tan Hooi Peng, who was also at the press conference, said the zigzag lines at the five locations would be drawn up by March upon the approval of the council’s infrastructure committee.

“Our focus is on behavioural change. We want drivers to slow down for pedestrians.

“Two deaths have been reported at pedestrian crossings in Burmah Road since 2017,” she said.