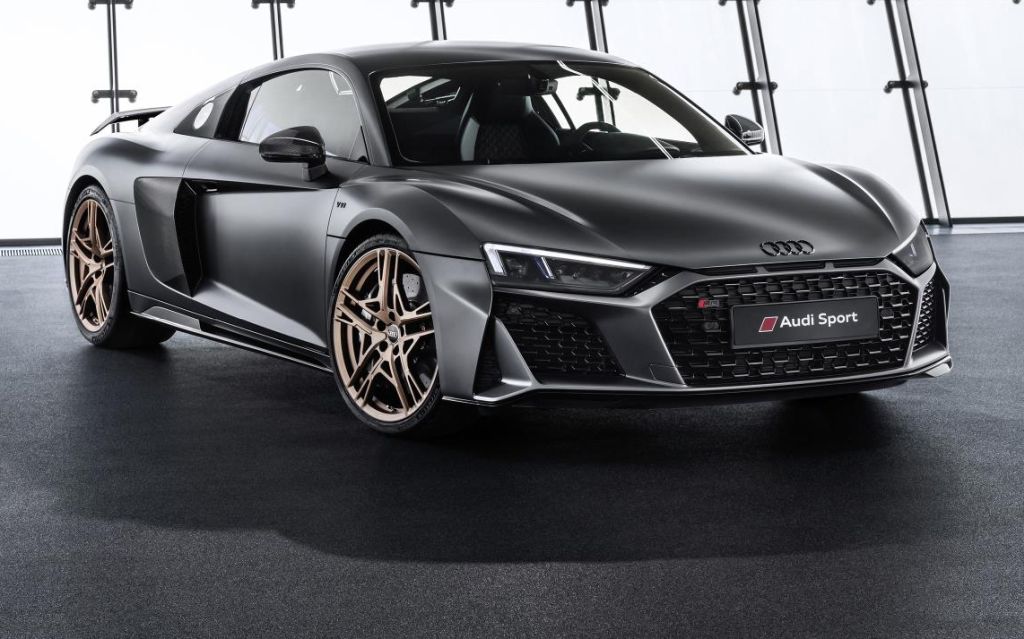 NECKARSULM (Germany): A 620PS V10 engine, matt paintwork, bronze-coloured highlights inside and out, and strictly limited: Audi is celebrating the enduring appeal of the V10 engine with the Audi R8 V10 Decennium, a special edition limited to just 222 units worldwide which will briefly form part of the new Audi R8 range.

The name Decennium translates from the Latin as “decade,” referencing the ten years in which the much loved naturally aspirated engine has captivated on the road and in motorsport. 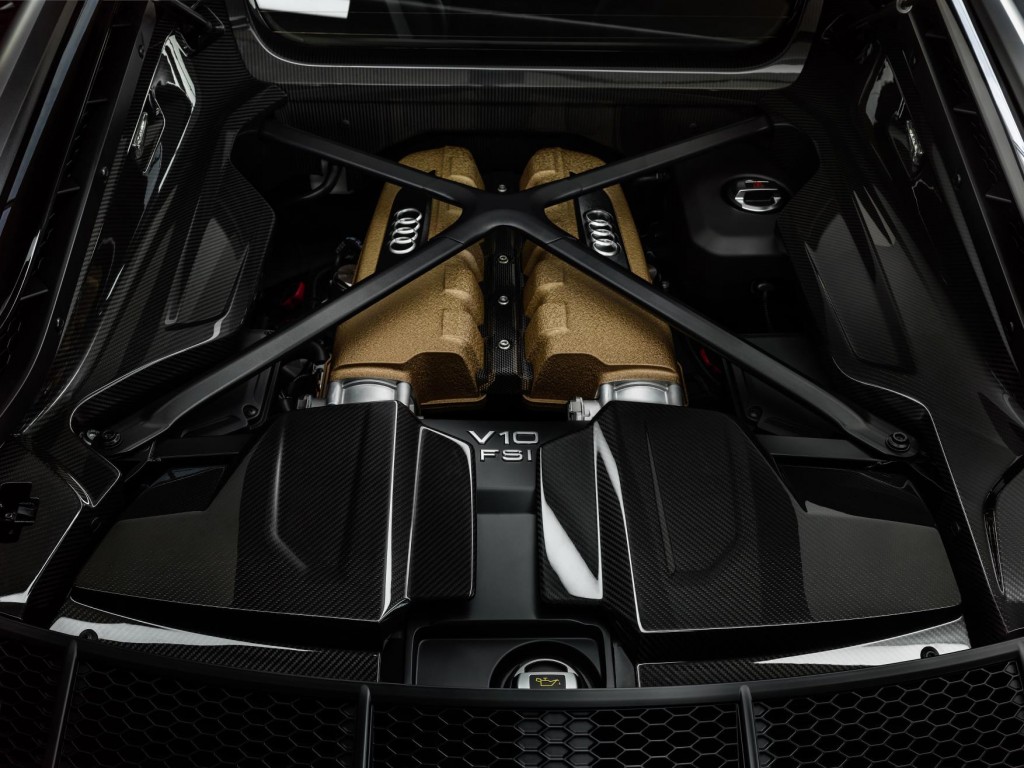 From the outset, the Audi R8 V10 Decennium makes its character abundantly clear. The special model is available as a coupé and painted in exclusive Daytona Grey, matt effect.

The milled 20-inch wheels and the intake manifold of the 5.2 FSI engine are finished in matt bronze. The front spoiler, the side sills and the diffuser are painted in gloss black, supplemented by black Audi rings and badging.

The side blades and the exterior mirror housings are made from gloss carbon fibre. To protect the look, an exclusive car cover with bronze-coloured “Decennium” embroidery is included as part of the package. 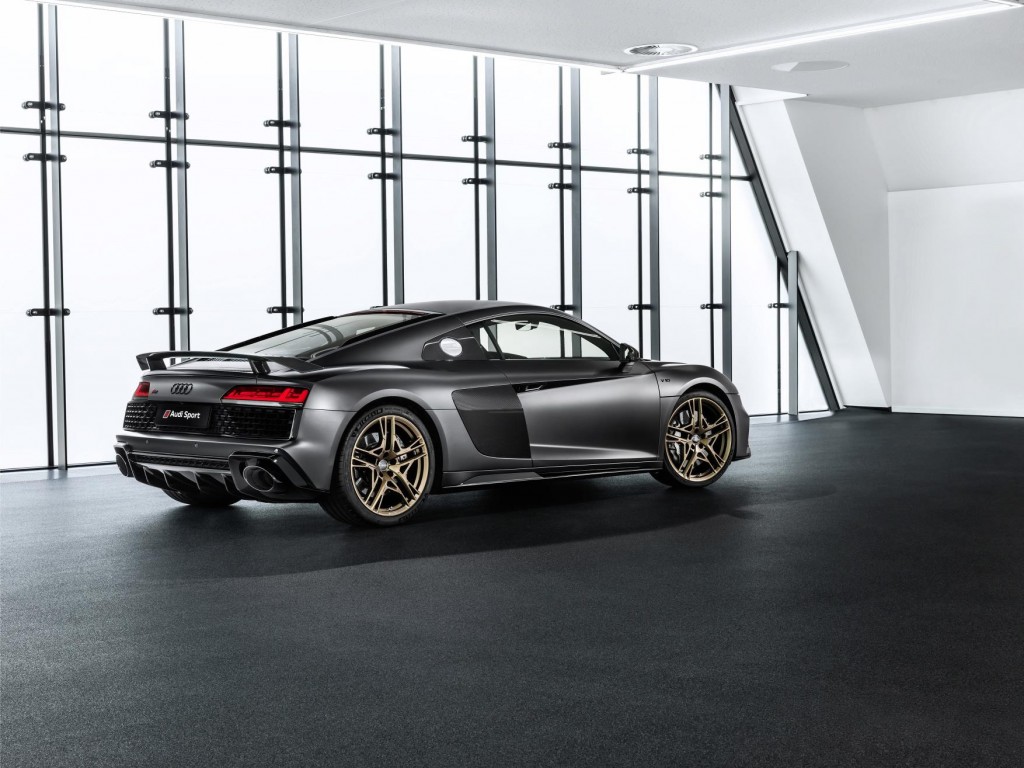 The interior of the Audi R8 V10 Decennium is also finished entirely in black, with the inlays in gloss carbon fibre adding highlights. The quilted diamond pattern stitching on the sport seats is finished in gloss black; the contrasting stitching in a gloss copper tone.

The selector lever and the steering wheel – with Alcantara rim and black 12 o’clock marking – feature copper-coloured stitching, as do the centre armrest, the door armrest and the door rail. 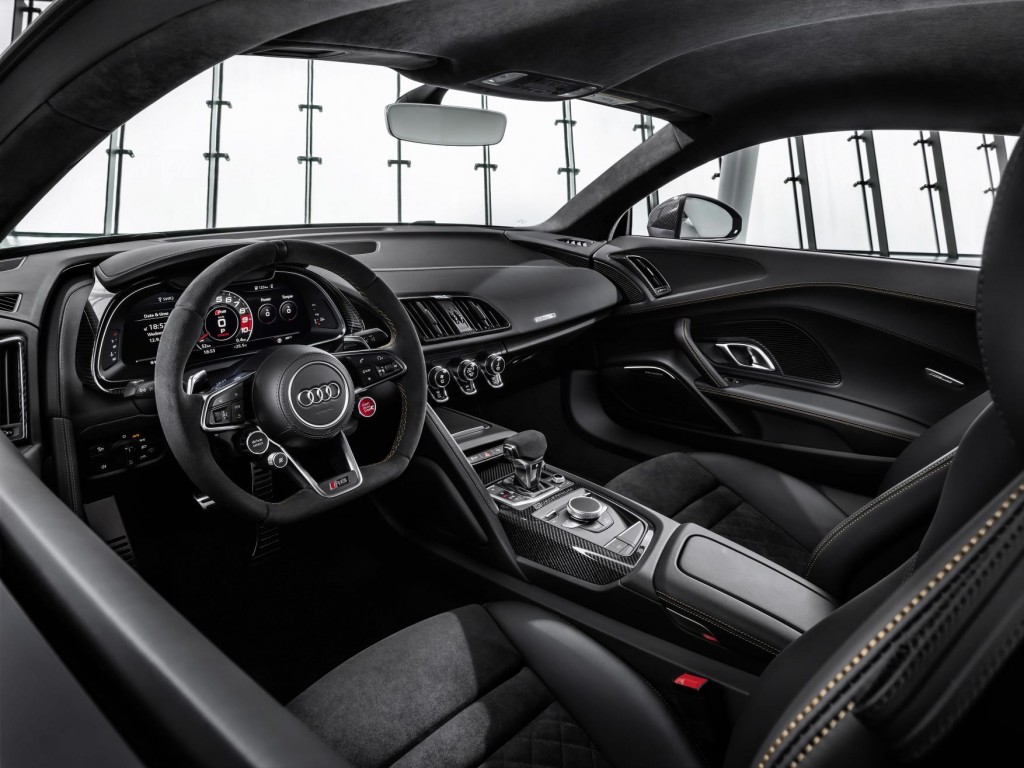 It comes with a partially matt finish – a process patented by Audi. The door light projects the “Decennium” logo onto the ground, supplemented by the model’s sequential limited-edition number.

As with all R8 variants, the Audi virtual cockpit, MMI navigation plus and a reversing camera feature as standard. In addition, the ten Decennium editions arriving in the UK also feature Audi laser lights, Bang and Olufsen audio and Audi magnetic ride adaptive damping.

The naturally aspirated 5.2 FSI in its most powerful output rating forms the heart of the R8 V10 Decennium. With 620PS and maximum torque of 580Nm, it catapults the edition model from zero to 62mph in 3.1 seconds and on to a top speed of 205mph.

The launch of the special edition Decennium model will coincide with the arrival of the new Audi R8, which features an even sharper exterior design and further improvements to suspension and performance.