Home / News / Elephants cause panic among highway users in Gerik 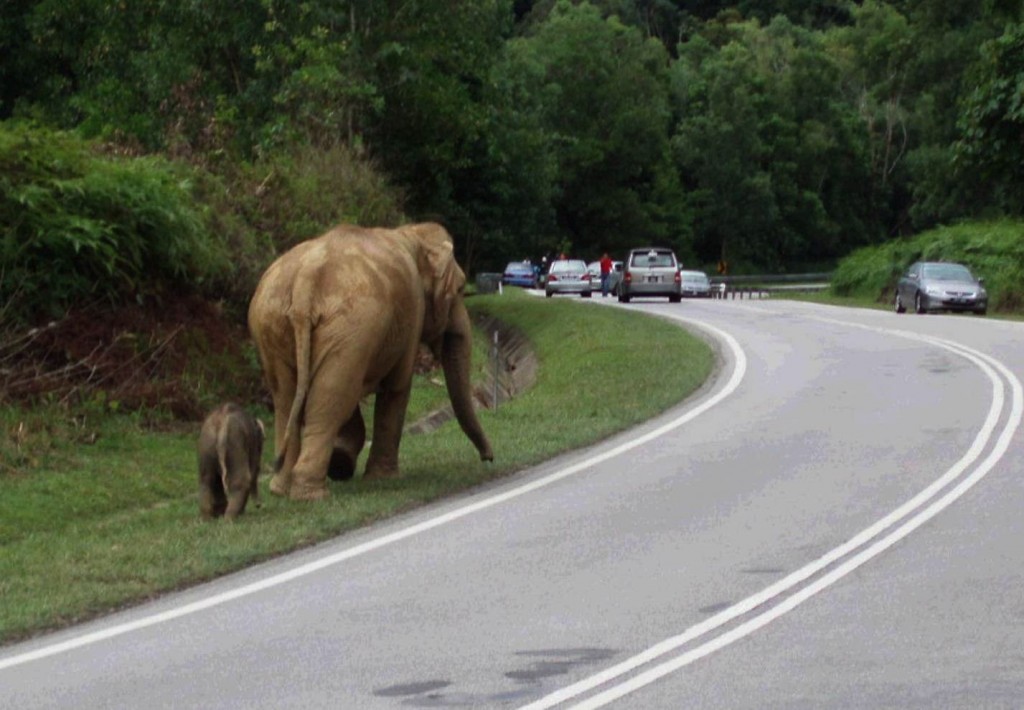 IPOH: The presence of three elephants at the East-West Highway near the Puncak Banjaran Titiwangsa rest and service area in Gerik caused panic among road users who were passing by the area last night.

In the 7pm incident, one of the animals was said to have approached and leaned against the rear of a Perodua Axia, which was heading from Kelantan to Perak, after another vehicle sounded the horn.

He said that the department had sent representatives to guard and monitor the location at about 9.30 pm.

“However, based on our investigation, the car was damaged after it skidded to the road shoulder while avoiding the animals which were crossing the road,” he said.

Yusoff said that further investigation was ongoing to find out whether the claim that the animal had stepped on the vehicle was true.

He added that the two elephants and a calf have been released into their habitat in the nearby forest and asked the road users to be vigilant when passing the area.

Perhilitan had previously reminded the public not to sound the horn if they came across animals while driving because it can create panic and cause them to be aggressive.
<p style="text-align: center;"><em><small>File pic of female elephant and her calf spotted along the Gerik-Jeli East-West Highway.</small></em></p>