Home / News / Hammocks and drones: Audi offers an alternative future for the SUV

Hammocks and drones: Audi offers an alternative future for the SUV 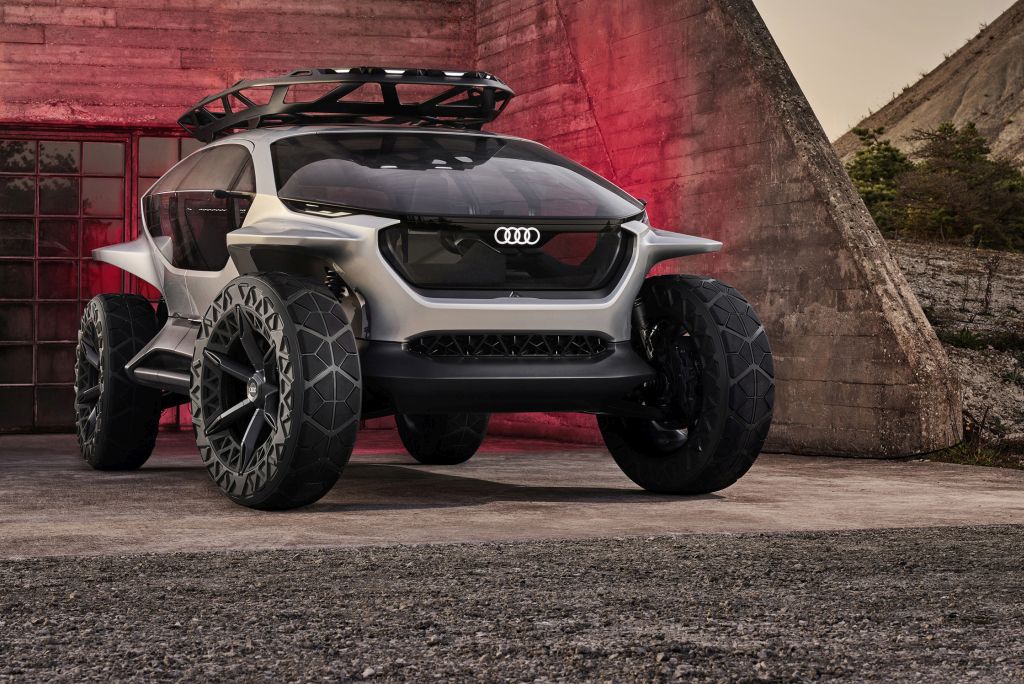 FRANKFURT: You sit back and relax in your hammock as the car drives itself off into the night, guided by drones hovering above you. As far as futuristic car concepts go, Audi's latest is really out there.

Audi has turned up at the Sept 12-22 Frankfurt Motor Show ready to turn heads with an experimental new SUV concept, the AI: Trail Quattro.

Fully electric and partially autonomous, the all-terrain vehicle - has been developed to suit the car-sharing trend that Audi - like many other car makers - seems to believe will be prominent in the not-so-distant future.

The idea that cars will no longer have to cover everyday usage requirements, as they do now, means that certain liberties against practicality can be taken on the design front.

With freestanding wheels and a glass capsule accommodating up to four passengers inside, it is more reminiscent of a moon buggy than a car.

Instead of the lush screen landscapes adorning other concepts, the occupants of the AI: Trail Quattro will be able to use their smartphone to operate vehicle functions.

The steering wheel, meanwhile, shrinks to a semi-circle horn, while the dashboard is very slim, offering increased visibility of the road ahead.

As you might expect from a futuristic concept that is far from the needs of everyday drivers, the designers were also allowed to get a little wild on some details.

For example, instead of cupholders, drinking bottles are distributed in the interior, and the rearview mirror appears in the Quattro as a pair of binoculars.

Oh and also of interest: The rear seats are constructed like hammocks that you can hang in a tree for a picnic. There are also two LED drones that rise up in the dark, fly ahead and illuminate the way for the SUV.

On the road, the AI: Trail Quattro drives largely autonomously, with the systems also supporting the vehicle for off-road travel.

It is powered by four near-to-the-wheels mounted electric motors, which produce 435hp. To allow for a driving range of 400km to 500km, the top speed is limited to 130kph.