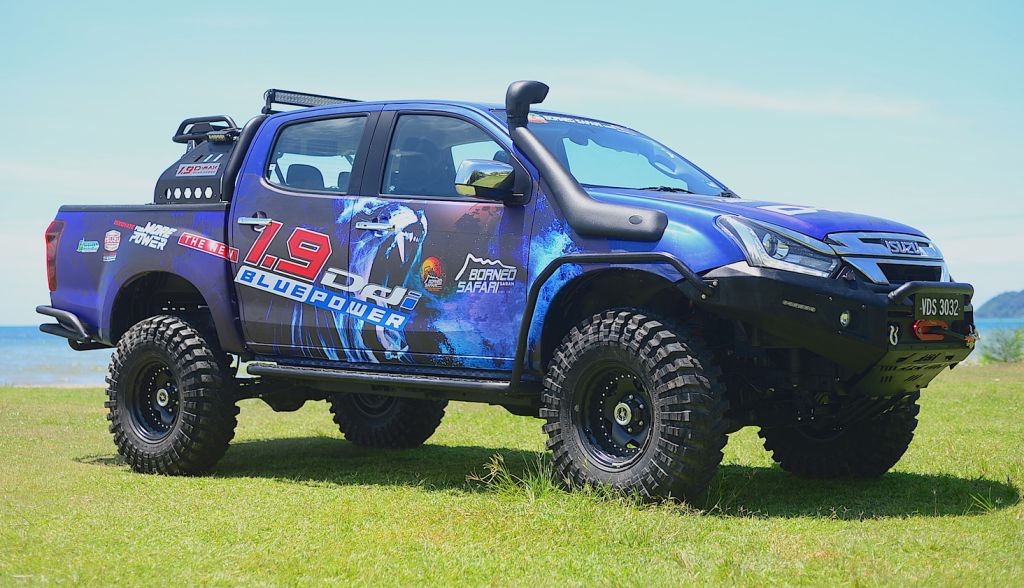 KOTA KINABALU: Fresh from its recent launch, the new Isuzu D-Max 1.9 will face its litmus test when it undertakes the task of conquering one of Asia’s most extreme off-road events – Sabah’s infamous Borneo Safari.

For over a decade, the Isuzu D-Max 2.5-litre and 3.0-litre have proven to be one of the most capable vehicles in the event having safely and effectively transported members of the media through the rugged terrain despite receiving only minimal modifications to the basic vehicle.

“This year, we bring the challenge to the new 1.9-litre engine to prove just how capable it is over the unforgiving terrain despite its small engine displacement,” said Isuzu Malaysia chief operating officer Masayuki Suzuki.

The new "Blue Monster" features the revolutionary new 1.9-litre engine, the smallest engine in its class but produces more power and torque compared with the older 2.5-litre engine while consuming less fuel and weighing 56kg less. Through innovative design and engineering, the new model which has given an impressive on-the-road performance, is expected to do perform in the difficult off-road conditions.

The Blue Monster was handed over to the organising team of the Borneo Safari in Kota Kinabalu as part of Isuzu Malaysia’s commitment as the event’s Diamond Sponsor to provide media vehicles for the event.

This year’s Borneo Safari is the 29th event in its history and the 13th year that it has received support from Isuzu Malaysia.

The event is scheduled to begin in Kota Kinabalu on Oct 27 and will take a more southerly loop, skirting Beaufort, Tenom, Keningau and Tambunan before heading back to the city on Nov 3 for the closing ceremony.