TOKYO: Mazda unveiled plans for the world's first commercial petrol engine using compression ignition, placing traditional engines at the centre of its strategy days after saying it would develop electric cars with Toyota.

Mazda, whose research and development (R&D) budget is a fraction that of Toyota, could be the first automaker to commercialise a technology that many peers including General Motors Co and Daimler AG have been working on for decades.

Mazda said today it would start selling cars equipped with the new engine from 2019, even as other automakers increasingly turn to electric vehicles against a landscape of tightening environmental regulation.

"We think it is an imperative and fundamental job for us to pursue the ideal internal combustion engine," said Mazda's head of R&D Kiyoshi Fujiwara. 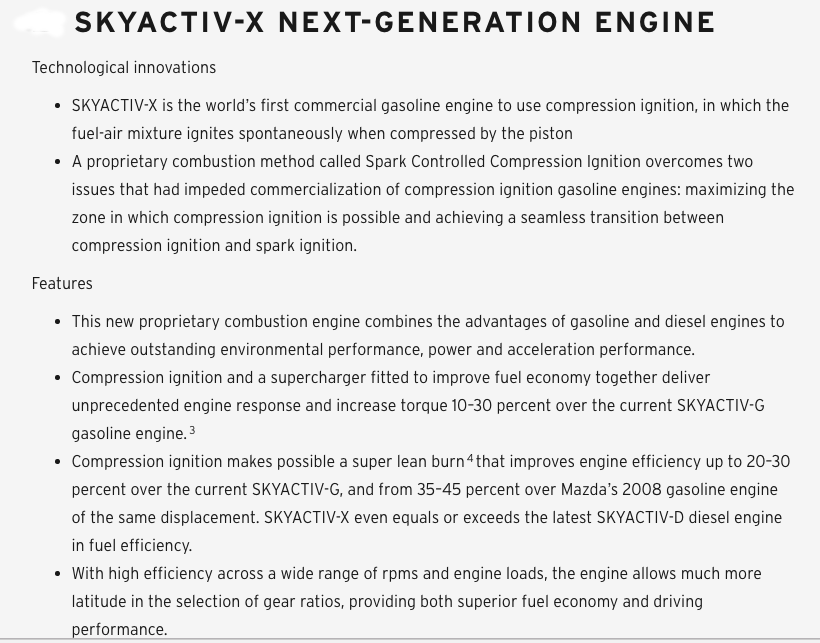 While "electrification is necessary ... the internal combustion engine should come first," he told reporters.

The news follows Mazda's Friday announcement of a capital tie-up with Toyota, an alliance that will see the pair build a US$1.6 billion US assembly plant and work together on electric vehicles.

Mazda's engine technology is the automaker's "heart", said executive vice-president Akira Muramoto. He said Mazda did not plan to supply the new engine to other automakers.

Mazda said the new engine, to be called SKYACTIV-X, would be 20 to 30 percent more efficient than its current SKYACTIV-G engine.

It also said it would begin introducing electric vehicles and electric technology from 2019, focused on markets that restrict the sale of other cars or provide a clean source of electric power.

The automaker also said it aimed to make autonomous-driving technology standard in all of its models by 2025.