LONDON: Five McLaren 570S Spider Design Editions are available to order now, with each Edition carefully curated by McLaren Automotive designers, ensuring that the colours, materials and finishes complement each other.

“There is a virtually limitless number of different personalisation opportunities for the McLaren 570S Spider and who better to begin the process than the people who designed it?” commented McLaren Automotive design director Rob Melville.

“We have selected key exterior and interior colours and finishes that we believe showcase the 570S Spider in the most desirable way.” The five new Design Editions have been created specifically for the McLaren Sports Series convertible, following the success of a Design Edition range for the 570S Coupé.

As with the Coupé, the 570S Spider Design Editions offer a financial benefit over specifying the options separately.

Customers can select additional features beyond the Design Edition content – such as carbon-fibre interior upgrades or exterior components – to further personalise their new purchase. 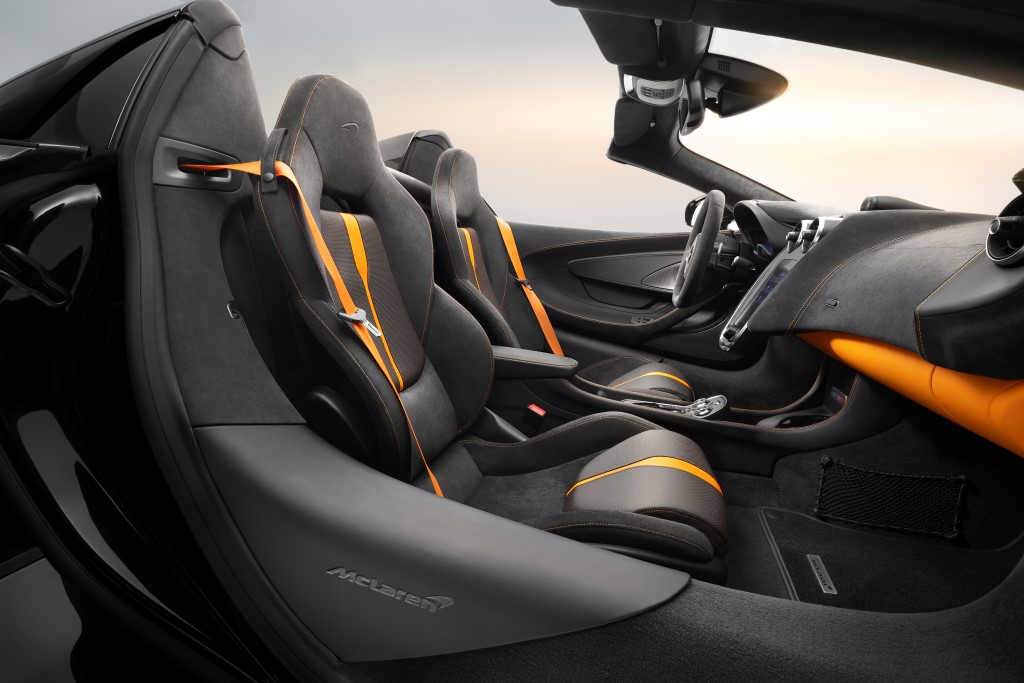 Each of the five Editions is based around a special body paint – Silica White, Storm Grey, Vermillion Red, Onyx Black or Vega Blue – with each matched to an interior scheme from the By McLaren Designer range; four sporting and one with a more luxury accent.

McLaren 570S Spider Design Edition 4, as illustrated in the accompanying images, is an Onyx Black car.

The retractable hard-top is in body colour, the 10-spoke forged alloy wheels feature a Stealth finish and the brake calipers are in McLaren Orange with black printed McLaren logos. The four other Design Editions are equally striking, living up to their designer-label credentials with an aesthetic appeal that is uniquely McLaren.

All display very different personalities, but all show the 570S Spider’s athletic, shrink-wrapped body and inviting open-top cabin in the most alluring way.

The Design Edition joins the recently-announced 570S Spider Track Pack, with its emphasis on lightweight options including carbon-fibre race seats, in the Sports Series line-up.

With its sculpted teardrop body and form-follows-function ethos, the mid-engined, two-seat 570S Spider is a convertible without compromise.