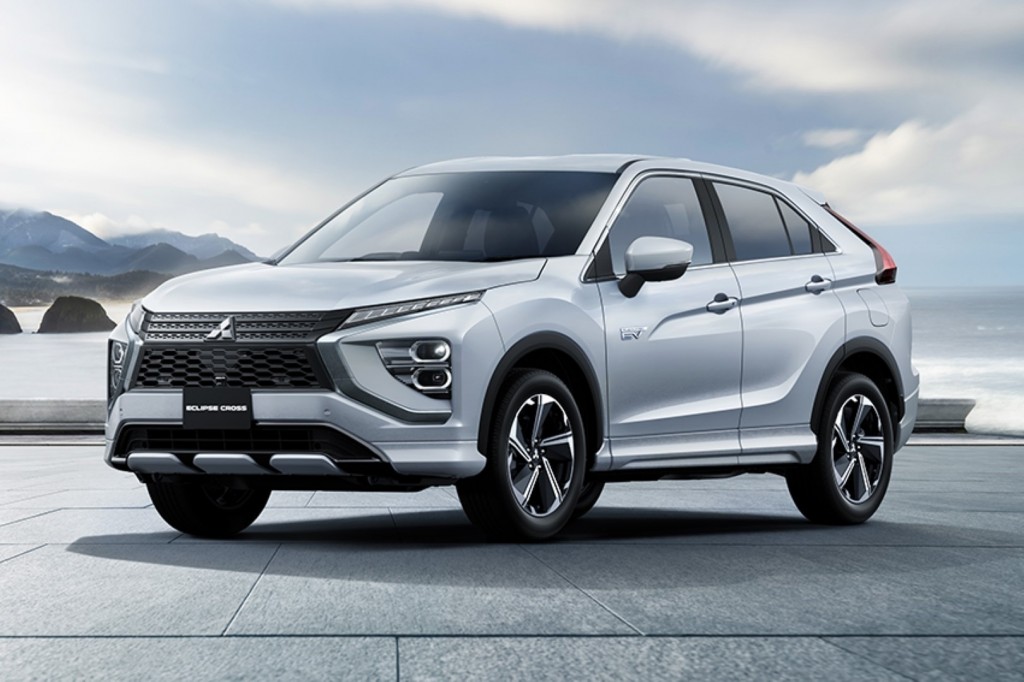 This mid-sized sports utility vehicle (SUV) in non-PHEV guise was initially launched during the Japanese carmaker's 100th anniversary in 2017.

"At Mitsubishi Motors, we are also committed to helping to achieve a sustainable environment by putting our EV and PHEV technologies into broader use. By 2030, we will raise the proportion of electrified vehicles in the total sales to 50%, with a focus on PHEVs such as this new model,” said MMC Chief executive officer Takao Kato.

Japanese order books opened for the Eclipse in October and was said to have doubled the initial expectations at 2,000 units in about six weeks.

“We aim to provide customers around the world with exciting products that also offer peace of mind, by improving on our trademark eco-friendly technologies while also taking our 4WD technologies to the next level,” said Takao Kato, CEO of MITSUBISHI MOTORS CORPORATION.

Developed under the design concept "Daring Grace", the Eclipse PHEV has been slapped with an evolved version of the company's Dynamic Shield front grille that's supported by a skid plate below it - both flanked by redesigned headlights.

At the rear, the double windshield has made way for a single windshield for better rear-ward visibility while sporting a pair of three-dimensional taillights that have been positioned higher.

The latter is a shade that radiates both a white sheen of a pearl coupled with a subtle nuance of metal.

Inside, the cabin has been blacked out with the seats upholstered in a combination of embossed suede-based materials and synthetic leather.

Leather seats are also available in light grey as well as black with matching door trims. Powering all four wheels is a combination of a 2.4-litre MIVEC engine and an electric motor that gets its "juice" from a 13.8kWh battery - allowing for an all-electric range of 57.3km.

Additionally, three driving modes are available starting with EV Mode which uses the battery and electric motors as the vehicle's main source of propulsion.

In Series Hybrid Mode the engine is used to charge the battery while propulsion still comes from the electric motors.

Parallel Hybrid Mode will employ both engine and electric motor to power its wheels.

Lastly, Automatic leaves the SUV to switch between modes according to driving conditions.

The PHEV provides owners with a 100V AC on-board outlet with a maximum of 1,500-watt power supply for electronics and appliances - perfect for outdoor leisure activities and can act as an emergency source of power.

The rechargeable battery is said to be able to power an entire household with its stored energy by connecting a V2H6 device to the quick-charging port.

Since the vehicle can generate its own power, it has the ability to supply power to a household for up to 10 days when fully charged and fueled.

Out on the road, the Japanese carmaker says that the Eclipse Cross PHEV's front and rear suspension has been further optimised to help make the Super-All Wheel Control (S-AWC) system even more effective in terms of dynamism and comfort.

The way this PHEV behaves while out and about can be altered via four driving modes of Normal, Snow, Gravel and Tarmac.

The S-AWC system is able to distribute power between the front and rear axle as well thanks to the electric motors which help to negate transmission losses.

Weight distribution has also been optimized along with its centre of gravity thanks to the hevy battery being located throughout the centre of the floorboard.

The benefit here is an even more comfortable ride with added steering stability.

The S-AWC system integrates the company's Active Yaw Control (AYC) to adjust braking force between the front left and right wheels for a sharper cornering experience. Integrated control of these systems produces highly stable vehicle behaviour that is true to the driver's intent.

Entertainment comes from an eight-speaker Mitsubishi Power Sound System (MPSS) controlled by a touch display that's been enlarged to 8.0-inches.

Three trim levels are offered which starts with the M variant that gets standard equipped that includes preventive safety features.

The mid-range G variant includes a 100-volt power outlet (max 1,500 watts) and a Heads-up Display while the flagship P variant, with its enhanced looks, adds on the smartphone link navigation system as well as other special features.

“The new Eclipse Cross is an ideal partner for drivers who want to do more with their car, and to seek new challenges," added Kato.