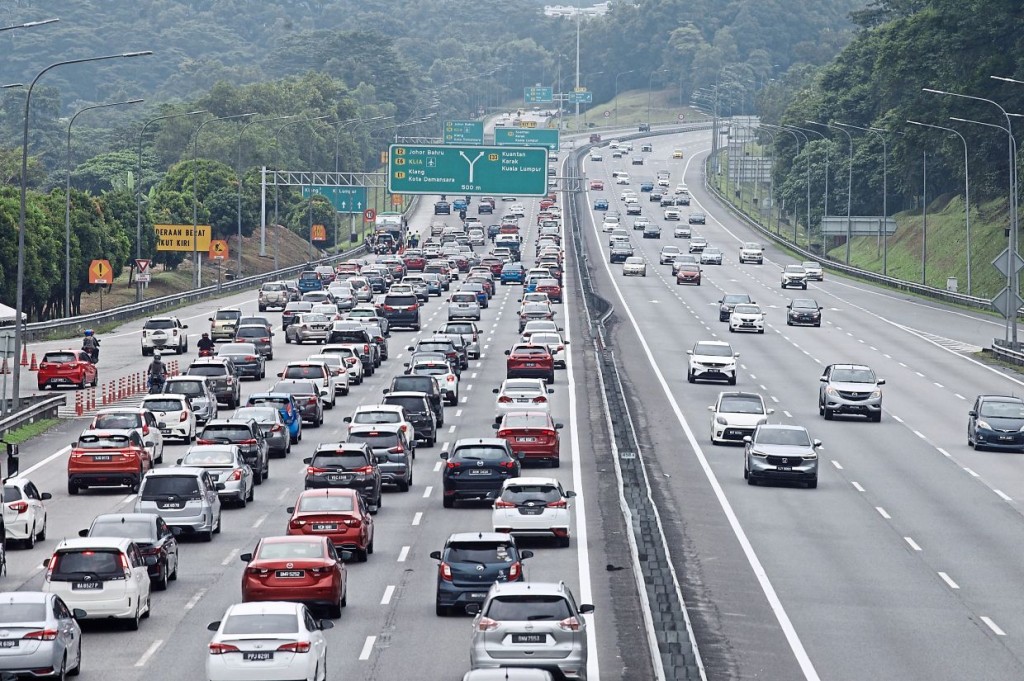 KUALA LUMPUR: Traffic on some major highways in the country increased as people returned home after the Chinese New Year holiday.

The Malaysian Highway Authority said there was a 4km congestion at KM263.4 NSE southbound heading from Kuala Kangsar to Ipoh Utara due to a car breaking down and causing an obstruction on the right lane.

Works Minister Datuk Seri Alexander Nanta Linggi had said that a total of 3.8 million vehicles were expected to use highways nationwide for the duration of the Chinese New Year celebration this year.

Meanwhile, the police recorded 1,312 road crashes across the country on the sixth day of Op Selamat 19 on Monday, Bernama reported.

This was followed by four-wheel drive vehicles with 210 cases, motorcycles (184), lorries and vans with 19 cases each, buses (five), taxis (four) and one bicycle and a police vehicle.

Op Selamat 19 is being carried out from Jan 18-27 across the country in conjunction with the Chinese New Year festival.

Mat Kasim said traffic congestion was expected to continue with an increase in the number of vehicles using the main routes to the city centre such as Gombak Toll Plaza (east) and Sungai Besi Toll Plaza (south) as people return home after the Chinese New Year holiday which lasted until yesterday.

There was also an increase in the traffic volume along the North-South Expressway (PLUS) at Slim River and Changkat Jering-Ipoh stretches; East Coast Expressway Phase 1 (LPT1); Kuala Lumpur-Karak Expressway and Elite Expressway (Shah Alam-Sepang-Nilai).

“Police advise road users against using the emergency lane as this would obstruct rescue teams from carrying out emergency operations in the event of an accident,” he added.