New Ford Ranger made even more versatile and connected 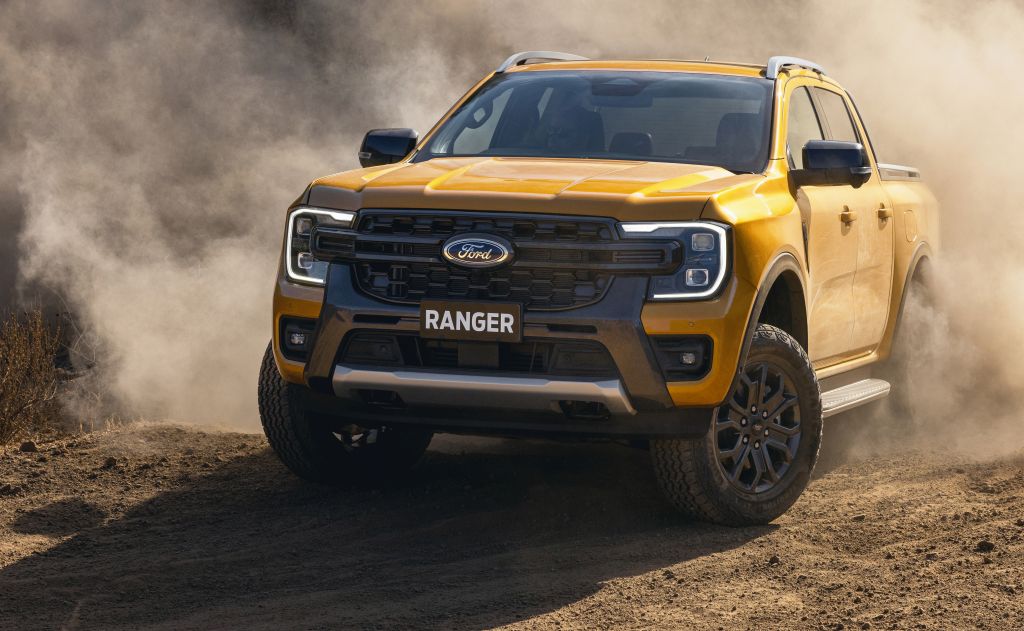 LONDON: The new Ranger made its global debut today, with Ford boasting it's the smartest, most versatile and most capable Ranger ever.

The next-generation Ranger will be built at Ford’s plants in Thailand and South Africa beginning in 2022, with other markets to be announced at a later date.

Order books for the next-generation Ranger will open in Europe in late 2022 for customer delivery in early 2023.

Using years of Ford truck expertise and deep understanding of truck customers, the company collaborated with customers around the globe to create a vehicle and ownership experience that next-gen Ranger owners can rely on for their businesses, family lives and adventure, it said.

The current Ranger is Europe’s pick-up segment leader and recently set a new September year-to-date sales record of 45,539 units, with market share of 39.9 per cent. 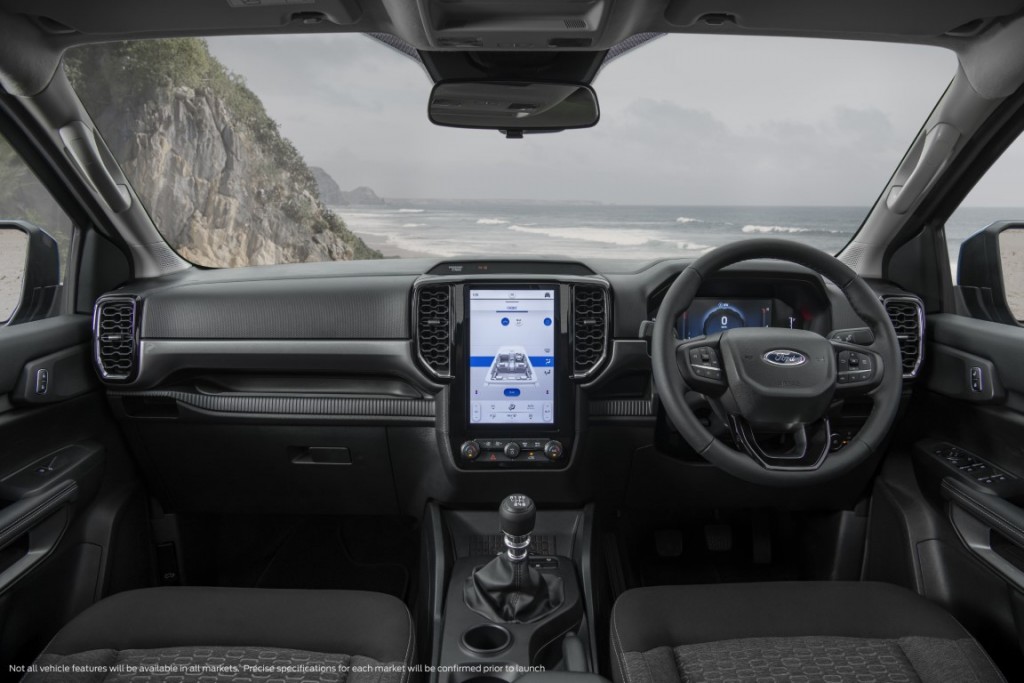 The next-gen Ranger project was led by Ford’s Product Development Center in Australia. Its international team of designers and engineers worked with teams around the globe to incorporate the latest in Ford technology, capability and safety, as well as engineer and test the Ranger to Ford’s toughest standards.

“Our team was focused on one goal – to make this Ranger the toughest and most capable we’ve ever created,” said Graham Pearson, Ranger vehicle program director. “They put it through one of the most exhaustive global testing schedules we’ve ever developed and would not rest until we were satisfied that it was Built Ford Tough.”

Ford said it spent a lot of time with owners around the globe, conducting more than 5,000 interviews and dozens of customer workshops to understand how customers used their pick-ups and what they wanted and expected in the new Ranger. 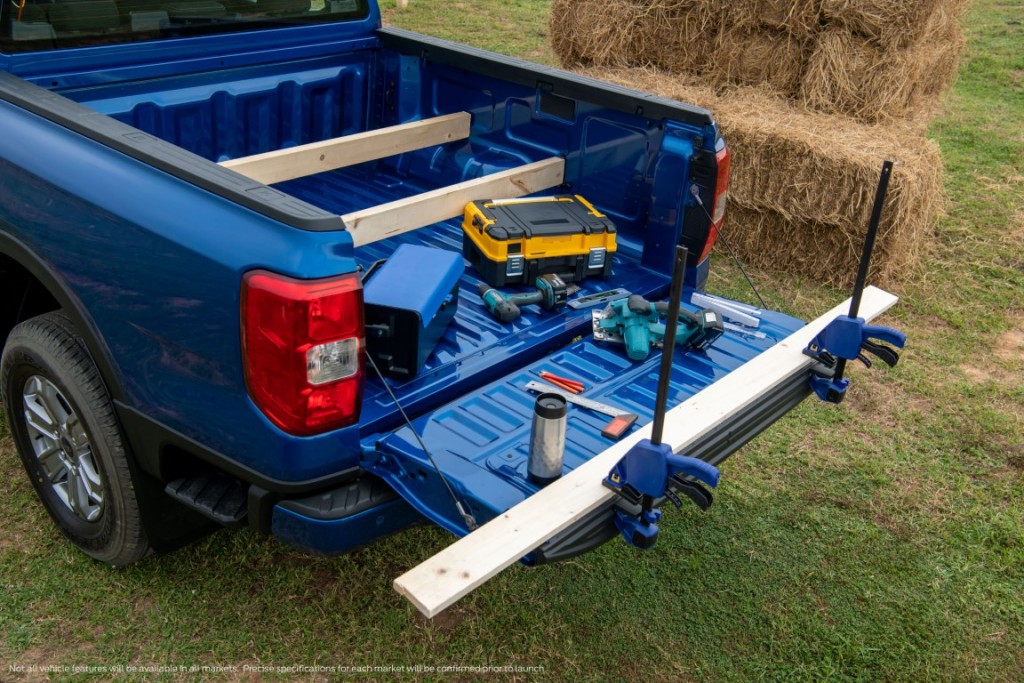 Visually, the next-generation Ranger is bold and confident, with a purposeful exterior that shares Ford’s global truck design DNA.

The design features a defined new grille, and signature C-clamp headlight treatment at the front while a subtle shoulder line down the sides incorporates bolder wheel arches that gives Ranger a sure-footed stance.

For the first time, the Ranger offers matrix LED headlights. At the back, the taillights are designed in harmony with the signature graphics on the front.

“Customers told us the Ranger needs to look tough and needs to inspire confidence,” said Max Tran, chief designer for Ranger. “They were very clear in what Ranger should be, both in the way it looks, and the way it makes them feel.”

Beneath the new bodywork is an upgraded chassis riding on a wheelbase 50 mm longer and a track 50 mm wider than the prior Ranger. 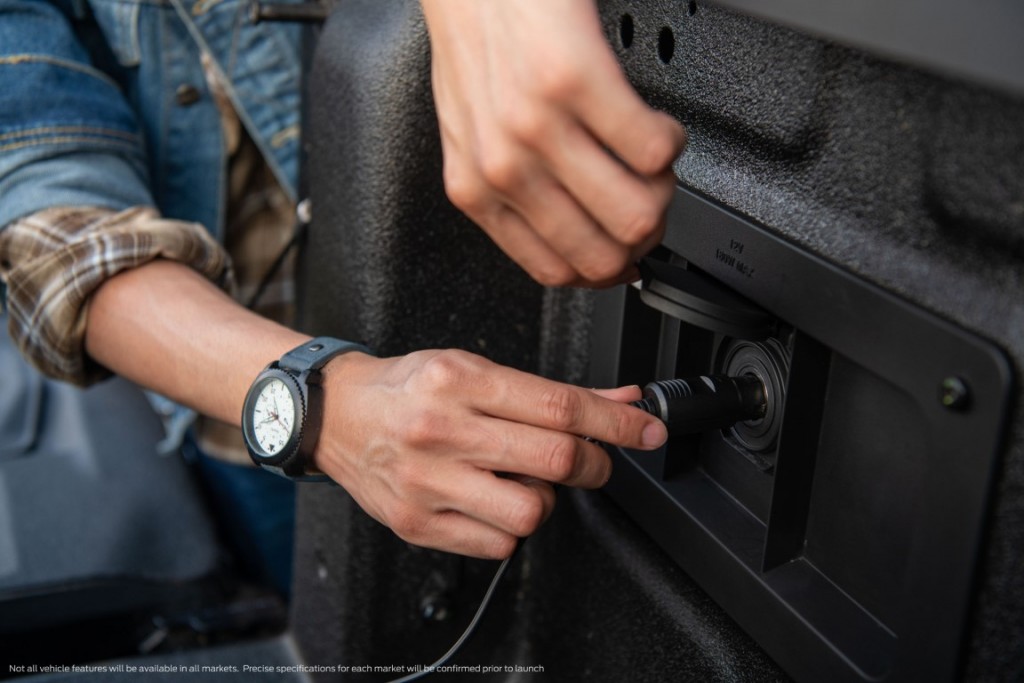 A hydro-formed front-end structure creates more space in the engine bay for the new V6 engine and helps future-proof the Ranger for other propulsion technologies. It also opens up the front of the pick-up to allow more airflow to the radiator, which helps keep running temperatures low when towing or carrying heavy loads.

Customers wanted a choice of more power and torque for towing heavy loads and extreme off-roading, so the team added Ford’s proven 3.0-litre V6 turbodiesel and developed it for the Ranger. It is one of three turbodiesel engine options available at launch.

“The 3.0-litre turbodiesel V6 delivers,” said Pritika Maharaj, Ranger program manager. “When you drive a Ranger with the V6 turbodiesel, it feels like a much bigger truck. And it feels really tough in the sense that it’s got endless power and torque, which is exactly what our customers wanted.”

The next-gen Ranger will also come with a choice of proven Single-Turbo and Bi-Turbo 2.0-litre in-line four-cylinder diesels.

The Single-Turbo comes in two different performance levels and delivers power, torque and fuel economy, 1 which is important to small business owners or commercial vehicle fleets. The Bi-Turbo engine is a more sophisticated, performance variant for customers who want more power but need to maintain fuel economy. 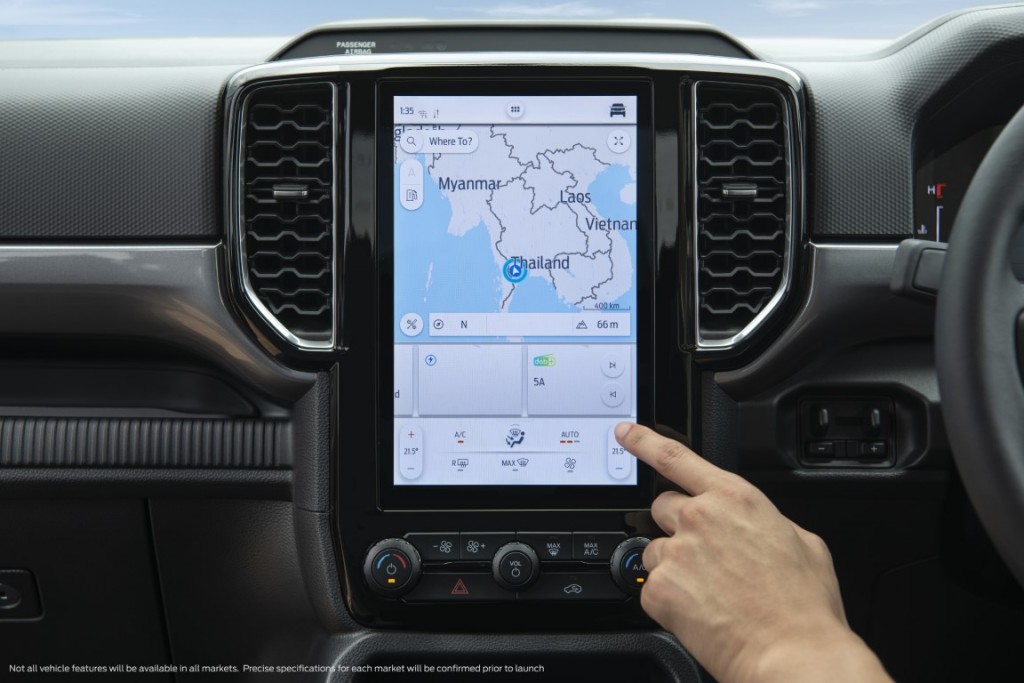 To develop the ride and handling expected of a truck customers use for a wide range of work, family and play, Ford engineers moved the front wheels forward by 50 mm for a better approach angle and outboard for better off-road articulation, both of which improve the off-roading experience.

They also shifted the rear suspension dampers outboard of the frame rails to give drivers and passengers a better ride both on- and off-road, no matter if they’re carrying heavy cargo for work, or just taking the family out for dinner.

“On the next-gen Ranger, we’ve increased the tuning range to give our customers the best of both worlds – think of this as Built Ford Tough Plus – so you’ve got the capability, toughness and durability that Ford trucks are known for, plus comfort and a more car-like ride that Ranger is known for,” Pearson said.

Customers will have a choice of two four-wheel drive systems – an electronic shift-on-the-fly system, or an advanced new full-time four-wheel drive system with a reassuring set-and-forget mode, designed for capability when and where customers need it. Off-road recovery is made easier with prominent dual recovery hooks in the front bumper.

Customers wanted a flexible, modern cockpit that caters to both work and family duties. So, Ranger needs to serve as both a workspace and a haven, providing smart and connected features with more comfort and storage options than ever before, Ford added. 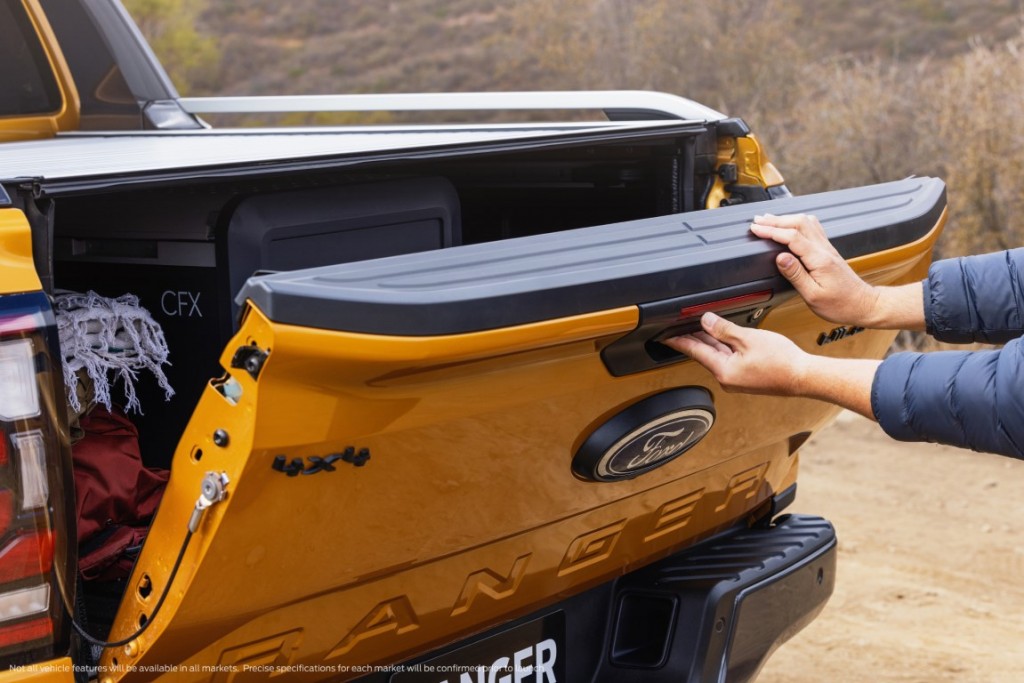 The heart of the Ranger’s connective experience is the large 10.1-inch or 12-inch touchscreen in the centre stack.

It complements the fully digital instrument panel and is loaded with Ford’s latest SYNC 4 system, which comes customer-ready with its voice-activated communications, entertainment and information systems.

Additionally, there’s an embedded factory-fitted FordPass Connect modem, 4 allowing connectivity on the go when linked with the FordPass app, 5 so customers can stay connected to their world.

FordPass enhances the ownership experience with features like Remote Start, 6 Vehicle Status, and remote lock and unlock functions via a mobile device.

Many of the traditional driving mode controls have been moved from the dash and centre console to their own dedicated display on the SYNC screen. With one button press, drivers can go to Ranger’s dedicated screen for all off-road and drive modes where they can monitor the driveline, steering angle, vehicle pitch and roll angles and other controls.

The screen also is linked to a 360-degree camera to make parking easier in tight urban spaces or to assist when negotiating particularly tricky terrain while out exploring. 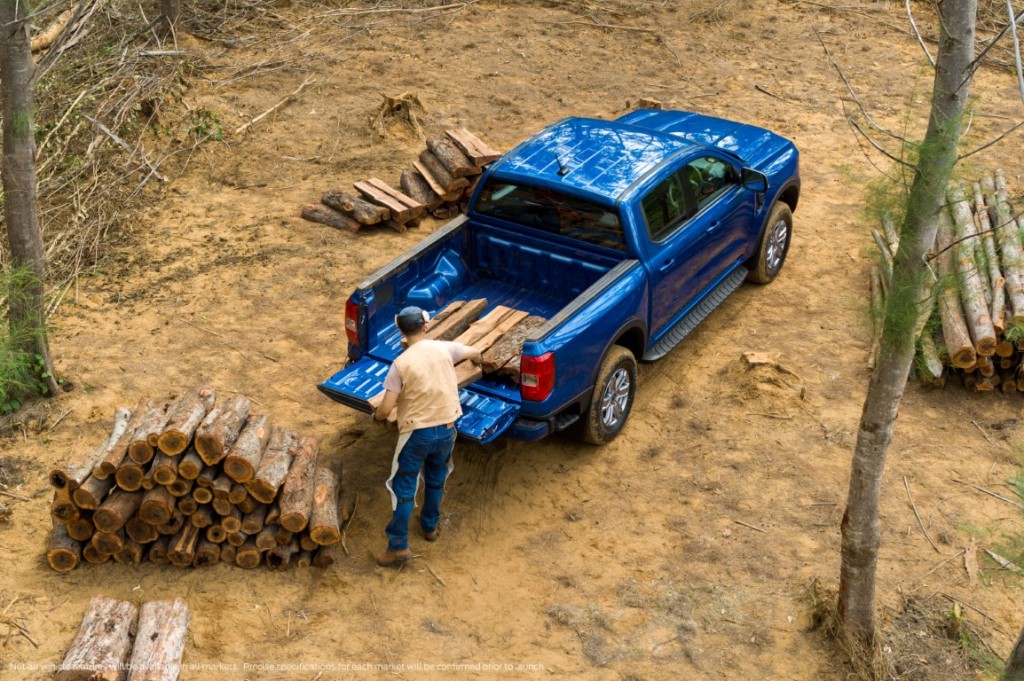 In addition, customers can control Ranger’s new exterior zone lighting system via the touchscreen or the FordPass app.

Ranger technology will also be future-proofed to accept Ford Power-Up wireless software updates thanks to the embedded FordPass Connect modem.

The design team also created clever storage and useful features for owners. There are not only places to store your phone or charge it wirelessly (where compatible), 8 but there’s a large centre console bin to stash things. In addition, the door pockets are designed to carry more, the wide dash conceals an upper glovebox and there are storage bins under and behind the rear seats.

Additional thoughtful, customer-focused touches include a new, tough plastic-moulded bedliner that helps protect both the truck bed from scratches and owners’ knees from kneeling on a steel truck bed.

Extra cargo tie down points – on strong steel tube rails – provide convenient points to secure loads. Durable, flexible load box caps around the sides of the box and across the tailgate conceal structural attachment points for canopies and other aftermarket accessories. 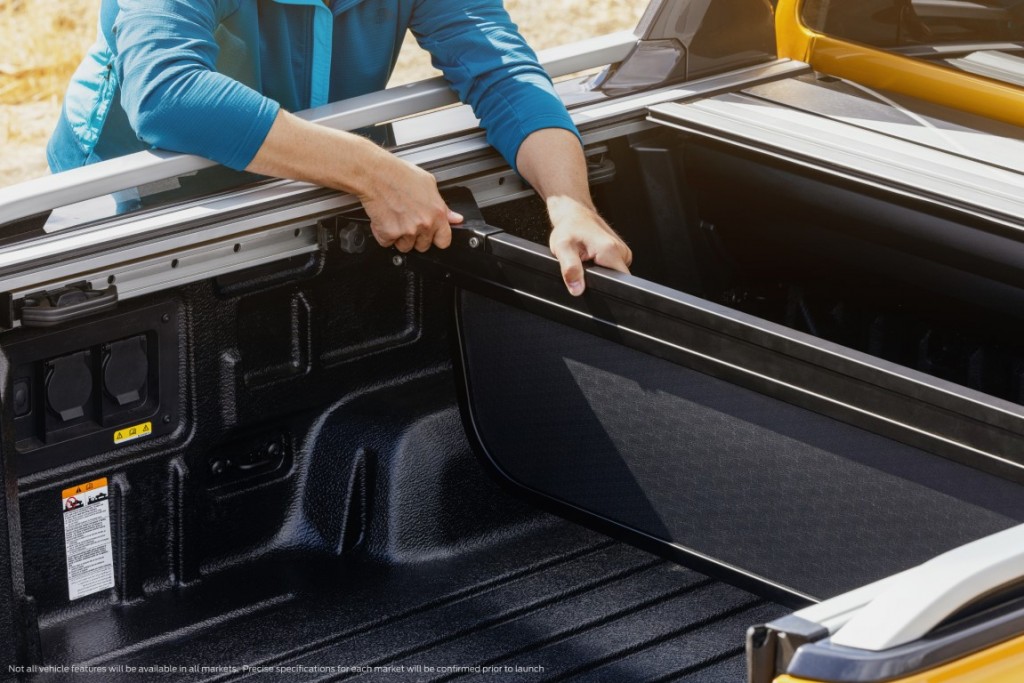 Owners also can create smaller compartments to store objects, which would otherwise have to go in the cab, using a system of ultra-strong spring-loaded cleats that clip into rails bolted to each side of the cargo box.

The tailgate can also double as a mobile work bench with an integrated ruler and clamp pockets to measure, grip and cut building materials.

Zone lighting – controlled via the in-cabin SYNC screen or through the FordPass app – provides 360-degree lighting around the truck to help give customers better visibility around the vehicle.

Load box lighting is provided under the left- and right-hand rails and provides plenty of light for finishing up jobs in low light or finding things in the cargo box at night.

Customers in Europe will be able to personalise their next-gen Ranger from launch with a range of over 150 fully factory-backed work, urban and adventure accessories.

These accessories include those developed in collaboration with global off-road icon, ARB 4x4 Accessories. 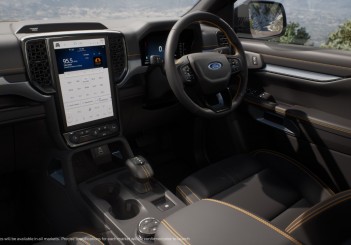 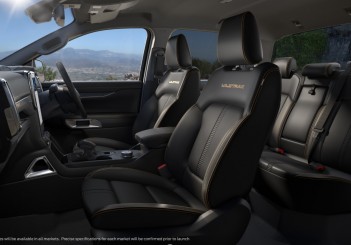 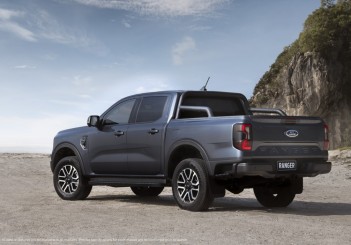 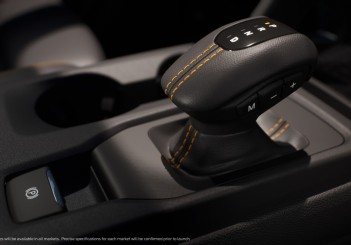 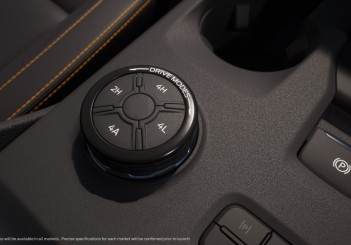 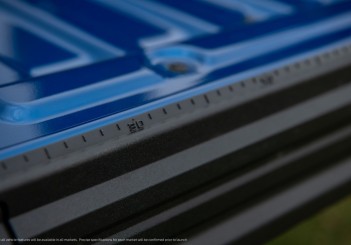 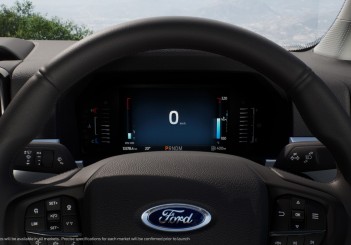 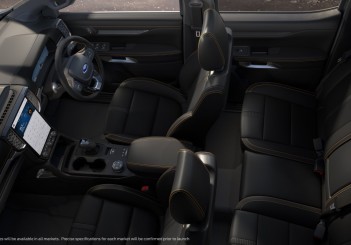 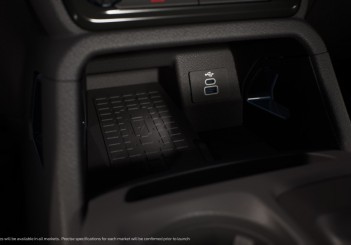 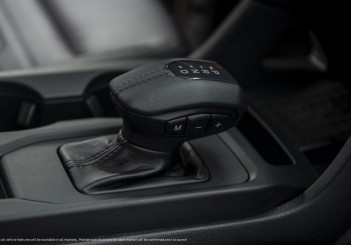 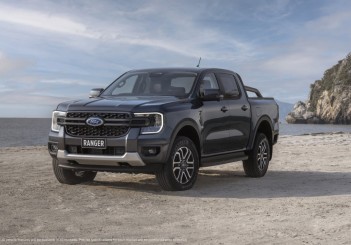 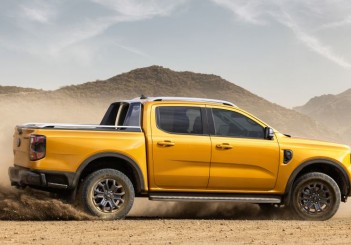 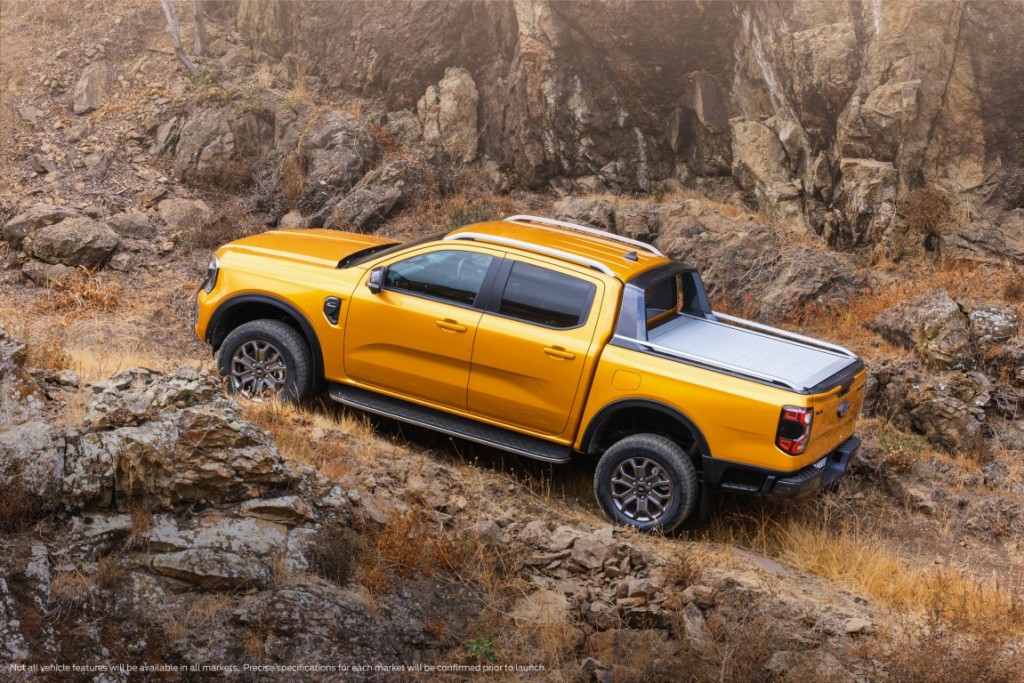