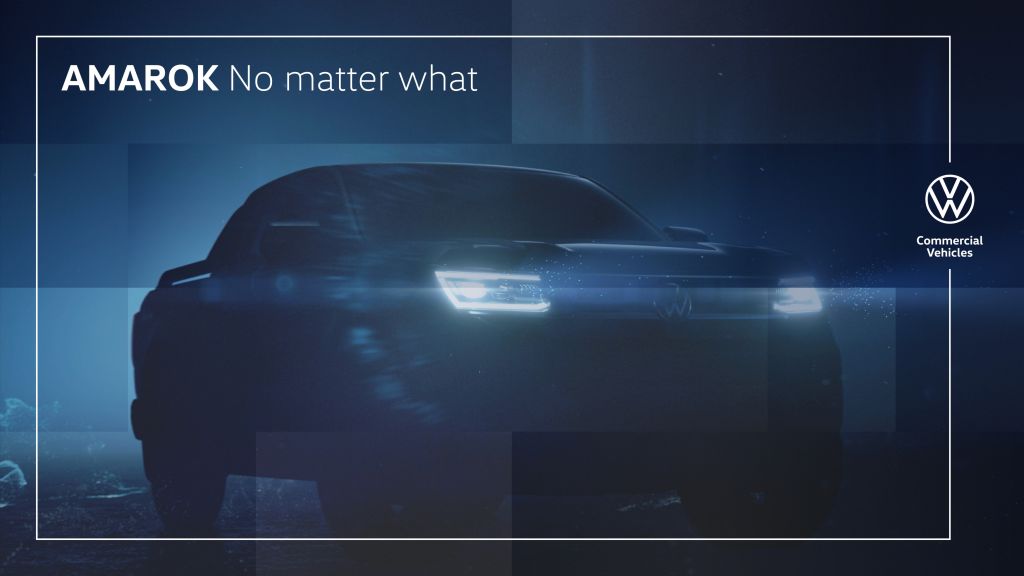 And in the live stream it will be appearing to the world for the first time wholly undisguised.

In addition to its unique design, the completely new Amarok features numerous highlights and brings many technical innovations with it into the pick-up B-segment.

While the first Amarok was an in-house development, this time VW has teamed up with Ford. The basis for this version is the Ford Ranger.

Although the Ford collaboration brings various changes, VW says this pick-up will retain its own destinctive design and also go its own way in the interior.

Like the Ranger, the Amarok will be available with a 10-speed automatic transmission and as a rear-wheel drive or with two different four-wheel drives.

The engines also come from Ford and buyers are set to get a choice of a V6 diesel with a capacity of three litres, which produces 184 kW/250 hp in the Ranger, and four four-cylinder engines.