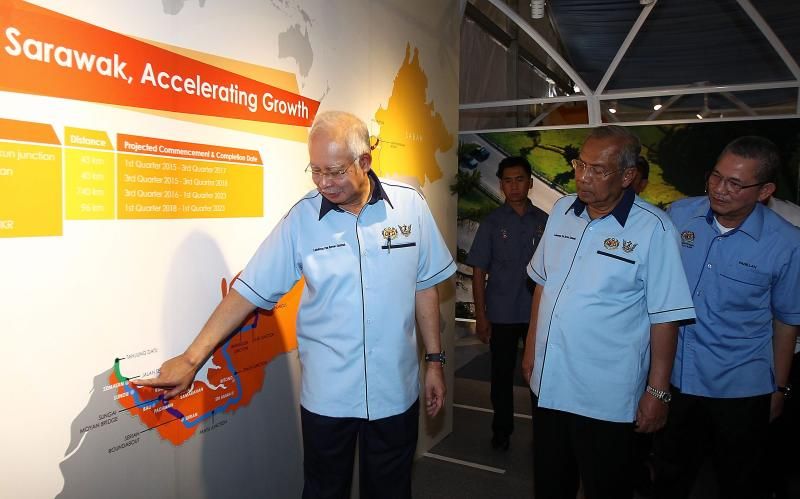 He said the highway was the main artery connecting Sarawak and Sabah and there were no alternative routes between the two states.

This was unlike the case in peninsular Malaysia where the North-South Expressway was the main link and there were many alternative routes, he said when launching the first phase of the highway, the Pan Borneo Sarawak, that costs RM13 billion.

Najib said toll was imposed on the North-South Expressway in peninsular Malaysia but the people could choose to travel on the toll-free alternative routes.

He also said that the subsequent phases of the Pan Borneo Highway would be built also this year, with the next launch expected to take place in September. 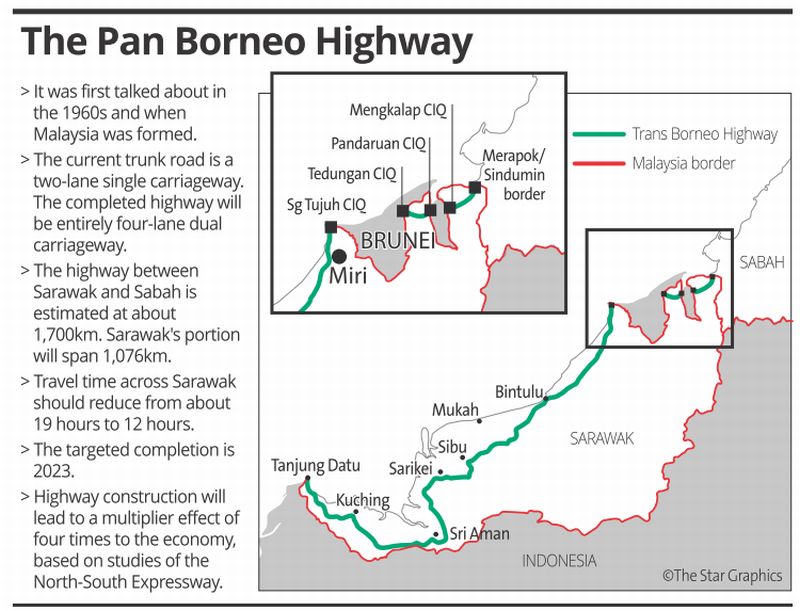 Najib said that upon completion, the highway would not only improve the infrastructure of Sarawak but also open up economic opportunities for the people in the state.

The project would bring long-term benefits for the people of the state and was not a mega project that drained public funds, he said.

The whole Pan Borneo Highway, to be built at a cost of RM27 billion, involves the construction and upgrading of 1,663 kilometres of road in Sarawak and Sabah, with 936km in Sarawak and 727km in Sabah.

The construction officially begins today in Sarawak, with the first phase of 43 kilometres from Nyabau to Bakun expected to be completed at the end of 2017, followed by the Tanjung Datu-Sematan-Miri-Limbang-Lawas stretch that is expected to be ready in the middle of 2023.

Sarawak Chief Minister Tan Sri Adenan Satem, who also spoke at the launch, said negotiations with the highway concessionaires in Kuching, Sibu and Miri had yet to reach a decision on whether to reduce or abolish toll.

"If possible, we want to abolish the toll, but this has yet to be decided.

We want to reduce the burden on the road users who have to pay road tax, and reduce the cost of living now that the Goods and Services Tax (GST) is to be imposed (from tomorrow)," he said.

Adenan said the federal government decision to waive toll on the Pan Borneo Highway was apt because the road was an important link for the people of Sarawak for economic and social reasons.

He also said that the construction of the highway reflected the strong commitment of the federal government in fulfilling the pledges made in the manifesto of the 13th General Election.