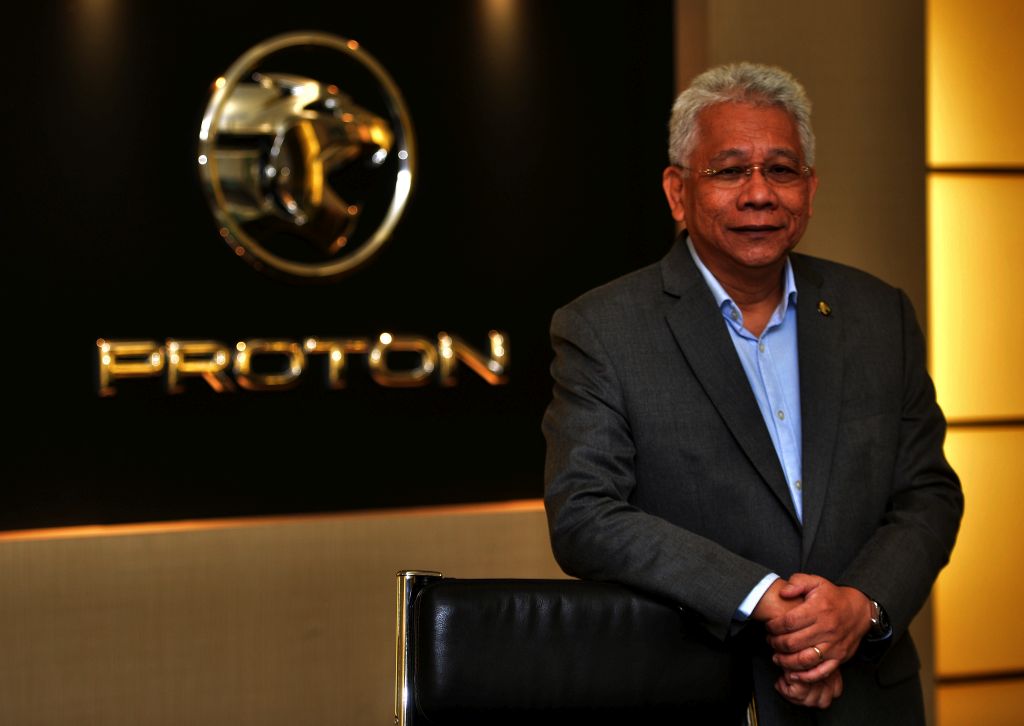 PETALING JAYA: When Datuk Radzaif Mohamed was made deputy chief executive officer of Proton Holdings Bhd on April 1,2016, being told that he had his work cut out for him definitely wasn’t an April Fool’s Day joke.

At the time, the national carmaker was at a low point. Financially, the company was bleeding... badly. For the fiscal year ended December 2015, Proton had incurred a net loss of RM646.3mil compared with a net loss of RM461.6mil in the previous year.

In terms of total industry volume, the national carmaker was barely hanging on to second spot - a position it would lose in April 2016 and only regain in July 2019.

Proton, once considered the pride of the nation, was now a brand that many were losing confidence in.

“In a lot of ways, we’re like a football team. If you keep winning, you will continue being supported. But when you lose, you will lose the support, ” Radzaif tells StarBizweek.

Proton was set up by former Prime Minister Tun Dr Mahathir Mohamad to transform Malaysia into an industrialised nation.

The idea was that the carmaker would create jobs, provide access to technologies, bring in export earnings and spawn a host of supporting industries.

From the very beginning, the carmaker lacked economies of scale, meaning its cost was way higher than established carmakers.

The gradual liberalisation of the auto industry and the entry of the second national car project - Perodua, in 1992 with its game-changing Myvi model beginning 2005 - also changed the industry. With non-national cars gaining ground, by 2016, the competition had become fierce for national car companies. What’s more, Proton was still being punished for mistakes it had rectified years prior.

“For many years, Proton was known for its power window problems or dangling signal lights, ” says Radzaif.

“While these issues had been long sorted, the stigma remains. Why? Because back then when Proton was plagued with these problems, you had the owner of the car driving it. With him in the car, could be his son or daughter and then even the grandchildren. So, that’s three generations that’s going to remember you!”

Proton, having been assisted by the government for years, knew that this privilege would not last forever. “In 2016, we received financial support from the government but for Proton to survive and to become significant, we needed to look for a strategic partner and that was always the intent, ” says Radzaif.

Radzaif says Li had put in place a 10-year plan to turn around Proton.

“There were three targets, namely to get to leadership position; to become number three in Asean by 2027; and to make Proton profitable.

“We made many visits to China and looked into things such as capacity expansion, quality improvement, increased localisation, cost competitiveness and being customer orientated.”

But to execute these targets, Proton would first need to change the mindset of its people.

“Li came in and took over the helm and gave us an opportunity to reset ourselves. There was a trust deficit in Proton. People didn’t have confidence in the brand and it was quite difficult to keep on saying that we would change. People were not seeing any differences being made.

“If you looked at the customer satisfaction index at the time, we were down at the bottom and it was no surprise. We couldn’t react fast enough to customer complaints.”

Today, Proton is quick to address any complaints that come its way, Radzaif says.

“When there were complaints back then, it probably never even got past the shop floor. Today if it doesn’t get sorted within 24 to 48 hours, our CEO will already know about it!”

Internally, efforts have also been made to improve the quality of the vehicles. Radzaif says Proton’s demerit points have fallen drastically since the tie-up with Geely.

“Our target after three years is to bring down Proton’s demerit points to 1,000, but we’ve already achieved lower than that. As at June it was 649. After all the hard work, we’re at this level now.” In spite of the various internal changes made to the company, Proton still needed a product that could walk the talk... And that product was the X70 sports-utility vehicle (SUV).

The X70, based on Geely’s Boyue was launched in December 2018 and as at June 2020 is the best-selling C-segment SUV in the country. Proton sold 1,909 units last month and the model is also the best-selling SUV overall for the first half of 2020. So well received was the X70 that Radzaif believes that the model boosted confidence in Proton’s other products as well.

“We needed to get customers’ confidence back and we did it with the X70. The brand confidence of the X70 filtered down to our other models and because of our SUV, people were coming back to buy the other models.”

Radzaif says that the success of the X70 proved critics wrong that an ailing, Malaysian car company could find success by tying up with a Chinese automotive firm.

“Firstly, people were losing confidence with Proton as a brand. Secondly, Chinese car companies have always had a stigma that their products were not up to standards. But we proved everyone wrong.”

To commemorate Proton’s 35th anniversary this year, the national carmaker has launched a special, Saga Anniversary Edition, marking the 4,150,035th car to roll off the line.

Limited to 1,100 units only, and available exclusively in black with yellow highlights on both the exterior and interior, the Saga Anniversary Edition is priced at RM39,300.

Radzaif says more than 1,000 units have already been booked, noting that the high take-up level in the model is testament that Malaysians are still strongly supportive of the Proton brand.

This made Proton the country’s second-biggest car seller, a marked improvement from its fourth ranking in 2018. Overall market share for the year stood at 16.7%, the company’s highest since 2014.

However, the Covid-19 pandemic essentially threw a spanner into the works for businesses globally and the local automotive industry has not been spared.

Because of its close ties with China, through Geely, Radzaif says Proton was already gearing up for the pandemic way before it hit Malaysia.

“We have the benefit that Geely comes from China and they gave us a head start that something is going to happen. Even before the movement control order (which was implemented on March 18), we started practising distancing and actually cut down physical meetings.

“We had meetings with DRB-Hicom on how to protect our cashflow. We were already preparing ourselves and we knew times would be tough. We had no idea when this thing would be overcome. Right now, we’re actually working harder then before MCO.

“But we also had an advantage not because of China. It was because in 2017 and in 2018 we went through a state of flux in turning around Proton. We were disrupted in a way that made us ready for the disruptions that came about during the pandemic.”

During the MCO, Radzaif says Proton was constantly conducting surveys with its dealers and vendors on how soon Proton could get things up and running.

“Once this whole thing gets resolved, how long can we go back to resuming business as usual? Especially when many of the vendors employ foreigners. Because of that, it wasn’t going to be easy to restart again. We analysed all scenarios and we have 200 vendors. Safety was always a concern.” Despite the challenging environment, Radzaif says Proton made a conscious effort not to retrench any of its staff.

“However, because of this, we had to make sacrifices and cuts elsewhere, ” he says

Proton’s sales rebounded in June with 9,623 units sold, with the Saga posting the best sales month in nearly six years.

June also marked the second best month in terms of sales this year for the national carmaker as three models led sales in their respective segments. The number also represents a 69.5% growth over May 2020 and a 26.3% increase over the same month in 2019 when the world wasn’t affected by a pandemic. In the first half of 2020, its market share was 21.2%, which was a 6.5% increase from a year ago.

For now, Proton is mum on its sales targets for 2020. However, Radzaif emphasises that the goal remains the same, regardless of the situation.

“The plan is there. I think along the way we just have to fine-tune it. But we’re very clear about what we need to achieve. It’s not going to be easy. We know that we have to continuously be on the ball, ” he says.