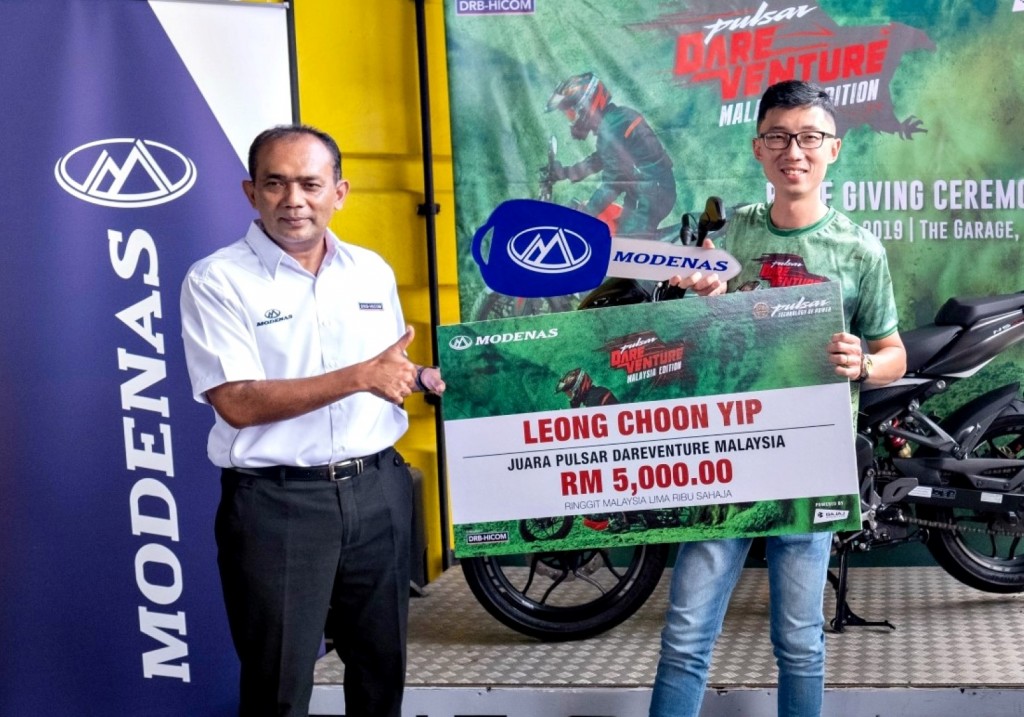 The show, which was previously held in Nepal, Sri Lanka and Peru, was the first edition to hit South East Asian shores.

“We are happy to have concluded the first ever Malaysian edition of the Pulsar Dareventure reality show. The reality show provided a platform to showcase the versatility, durability and power of the Pulsar NS200 while at the same time reaching out to Malaysian riders and motorbike fans through a unique and exciting reality competition,” said Modenas chief executive officer Roslan Roskan.

The series documented and showcased contestants competing for the grand prize of RM5,000 cash and a brand-new Pulsar NS200.

In the end, Leong Choon Yip from Puchong was adjudged the winner of the reality competition.

“To be part of the first Pulsar Dareventure competition in South East Asia was already an amazing experience, but to actually win it is beyond anything I could have imagined.

The journey was extremely fun and fulfilling, and I made friends with people with similar interests along the way,” said Leong. 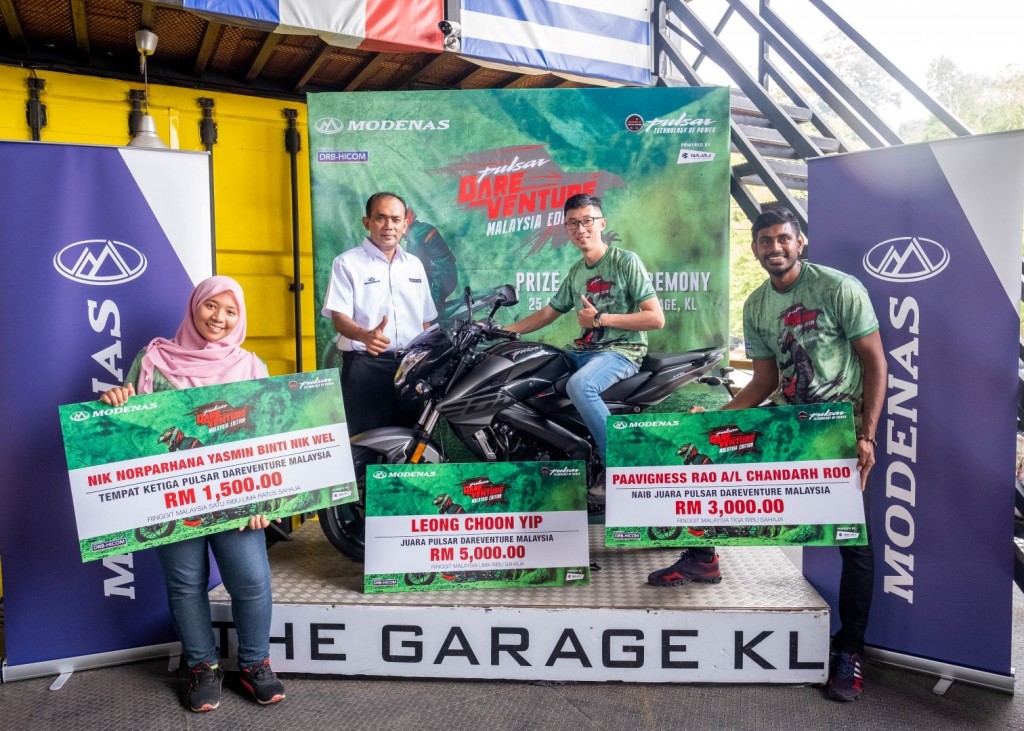 For their efforts, runners-up won cash prizes of RM3,000 and RM1,500 respectively.

The participants competed in multiple challenges across different states, riding the Pulsar NS200 from Selangor through Perak, Pahang and Putrajaya, taking the bike on various adventures and experiencing

They ventured to key attractions with challenging routes such as the Speedway PLUS Circuit in Subang Jaya, Bukit Pasir in Rawang and SWAT Paintball in Janda Baik, Pahang.

Specifically, the episode at the Tea Valley gave the riders the opportunity to test their biking skills outside of their comfort zones.

One of the unique factors that stood out in the show were the tasks given for each episode such as a paintball challenge while riding, being tested on their historical knowledge and collaborating with other riders.

Ultimately, all the tasks were designed to test the riders’ riding skills, strategic thinking, physical stamina and
teamwork.

“Modenas Pulsar NS200 is among the best bikes in its class, combining powerful performance symbolizing the spirit of the riders as adventure seekers. We are pleased to have worked with Bajaj Auto to bring something fresh and exciting to Malaysia and Malaysian bikers,” said Roslan.

The entire competition, from the selection of riders to the weekly eliminations, and finally to the winner announcement, was aired on Modenas Malaysia's YouTube page since February.