Home / News / Speaking of the depth of corruption, this low-ranking officer owns a Rolls-Royce

Speaking of the depth of corruption, this low-ranking officer owns a Rolls-Royce PUTRAJAYA: Graft busters could not believe their eyes in their investigation into an immigration syndicate offering “special services” – a fleet of luxury cars comprising a Rolls-Royce Phantom, Mustang, Range Rover and an Audi.

Not bad for an Immigration officer in the KP19 grade, where the salary range is only RM1,360 to RM4,052, not including allowances.

The four cars were seized, adding to an overall haul that included more than RM800,000 in cash, 22 other luxury cars, four high-powered motorcycles, as well as other assets such as houses, plots of land, jewellery and designer handbags.

Living within your means is sound advice for anyone, but perhaps more so if you’re going to run foul of the law.

The seizures came as part of a nationwide blitz codenamed “Ops Selat”, which has also seen the arrest of 50 people involved in the syndicate: 28 Immigration Department officers, 17 foreign worker agents and five others.

The latest arrest yesterday involved an Immigration officer and three foreign worker agents who have been remanded for six days.

The syndicate providing “stamping facilities” to foreign workers and illegal immigrants is believed to be involved in international human trafficking, particularly in China, Vietnam, Indonesia and Bangladesh.

This was discovered during investigations into the syndicate which found that foreign agents had been working with Immigration officers at Kuala Lumpur International Airport and KLIA2 to help foreigners enter and leave Malaysia.

Sources close to the Malaysian Anti-Corruption Commission said investigators were shocked to discover that a low-ranking Immigration officer possessed a fleet of luxury cars. 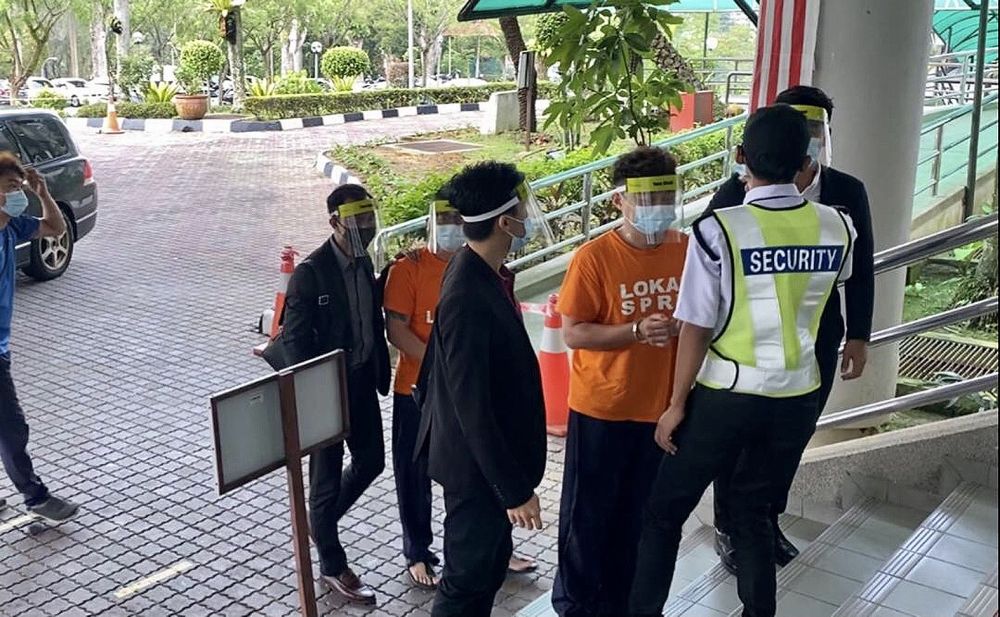 Two of the four suspects remanded at the Shah Alam magistrate's court.

It was found that the setting up of the entire process and also special Immigration counters at KLIA and KLIA2 involved international syndicates and local agents.

“Visitors who have been blacklisted but want to enter Malaysia will be assisted by agents overseas who will provide their Malaysian counterparts with the visitors’ details.

“The local agents will then contact Immigration officers at KLIA and KLIA2 to ‘set up’ counters to facilitate the foreigners’ entry, ” a source told The Star.

A similar process was carried out when a foreigner – who has either been blacklisted, has a visit pass that has expired or possesses a fake passport – wanted to leave the country.

“We found out that the luxury cars were registered under two Chinese nationals believed to be foreign workers’ agents operating here, as well as under the names of two local agents, ” said the source.

The syndicate, whose services were in high demand since the movement control order was imposed in March, is believed to have provided the “flying passport” services where agents would collect passports belonging to foreign workers and illegal immigrants whose social visit passes had expired.

The passports would then be given Immigration exit and entry stamps by the syndicate to allow the permits to be extended, which is a violation of procedure as the owner of a travel document must be present during the Immigration process.It is believed that the syndicate charges between RM500 and RM6,000 for “counter” facilities.

The syndicate, which has been in operation since 2017, is believed to have raked in RM14.5mil.

Intelligence revealed that the syndicate had provided their “flying passport” and “counter services” to at least 30,000 foreign workers and illegal immigrants.

MACC investigations director Datuk Norazlan Mohd Razali confirmed the arrests, saying that the suspects were being investigated under the MACC Act and the Anti-Money Laundering, Anti-Terrorism Financing and Proceeds of Unlawful Activities Act.