Toyotas in camouflage: Suzuki launches Across and Swace hybrids FRANKFURT: In cooperation with Toyota, Suzuki is launching two new hybrids - the Across and Swace - desiged to help the automaker take the next steps towards electrifying its lineup.

The Across off-roader is the first plug-in hybrid to enter the Suzuki range. The Swace is not only the brand's first compact estate, but also its first hybrid. Both are already on sale in select markets.

The Across is a Toyota RAV-4 that has only been slightly modified and, like the RAV-4, is powered by a combination of a 2.5-litre petrol engine, an electric motor and continuously variable automatic transmission, a second electric motor on the rear axle and an 18.1 kWh battery.

According to Suzuki, the 4.70-metre-long off-roader can cover up to 75km on electric power alone. A system output of 306hp provides for a maximum top speed of 180kph. The standard consumption is a low 1.0 litres (22 g/km CO2). 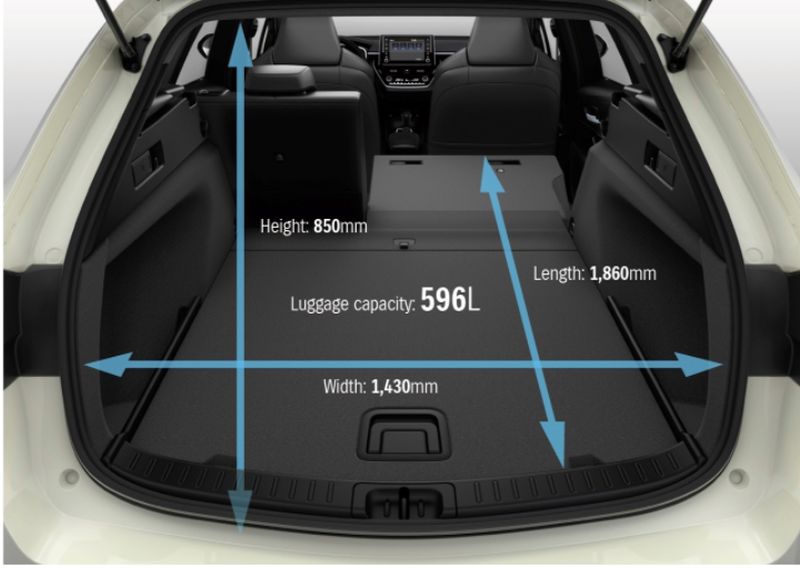 The Swace is also a Toyota in camouflage and is already on the market as a Corolla estate. At 4.65 metres long, it offers 596 to 1,606 litres of luggage space and room for five people.

It's powered by a 1.8 litre petrol engine supported by an electric motor. Fed by a rechargeable battery that is only charged with reconverted braking energy, this alone can only move the estate at a moderate speed for 1km.

But that's still enough to push the standard consumption down to 3.4 litres (75 g/km CO2). If both engines work together, the system output is 122 hp and the top speed is 180kph, according to the manufacturer. The Across interior and (below) the one from Swace.