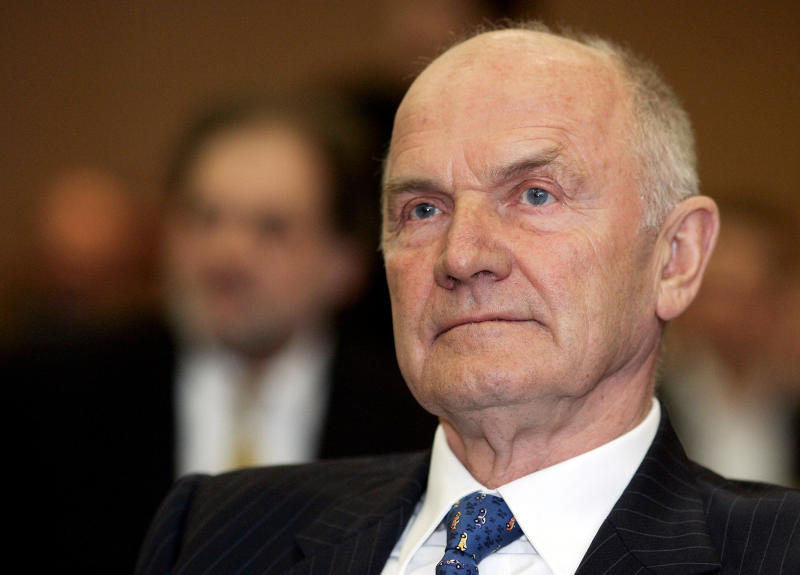 A representative for the Piech and Porsche families, who still control a majority stake in Volkswagen through their family holding company Porsche SE, had no immediate comment.

Piech was a grandson of Ferdinand Porsche, the father of the iconic Volkswagen Beetle.

A brilliant engineer, Piech turned around VW after betting on a modular construction technique which allowed Audi, Skoda and VW brands to share up to 65% common parts, helping Volkswagen Group to attain greater economies of scale.

Under Piech’s leadership, VW emphasized engineering brilliance ahead of profits, and went on an expansion spree, adding high-margin luxury marques Bentley, Bugatti and Lamborghini in a single year.
“First and foremost I always saw myself as a product person, and relied on gut instinct for market demand. Business and politics never distracted me from the core of our mission: to develop and make attractive cars,” Piech wrote in his autobiography.

While working as a 31-year-old development chief at Porsche in 1968, he invested two thirds of Porsche’s annual racing budget to build 25 Porsche 917 race cars with an untested radical 600 horsepower air-cooled 12-cylinder engine design.

Max Warburton, an analyst at Bernstein Research, described Piech as the architect of VW’s global success.

“His stewardship of VW has been indisputably successful. Piech will go down in history as an automotive legend, in the same class as Gottlieb Daimler, Henry Ford and Kiichiro Toyoda,” Warburton said in a 2012 note.