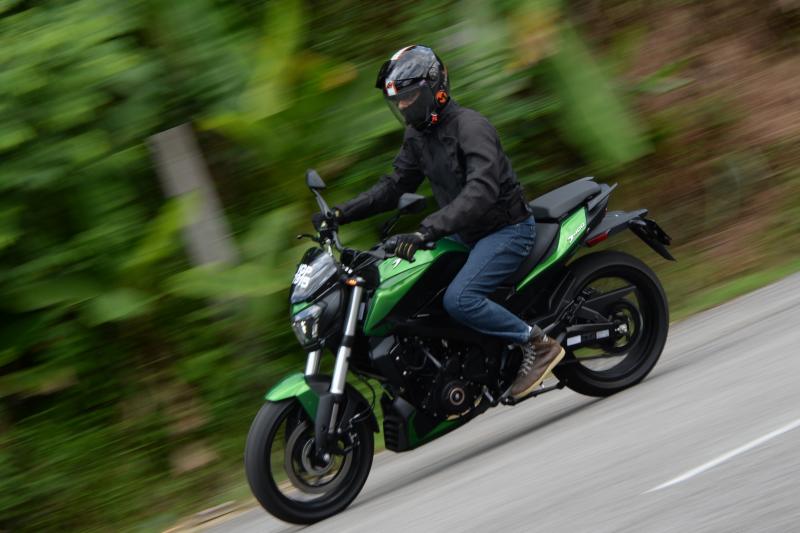 The first Modenas Dominar D400 was launched in Malaysia in 2018.

The Dominar is produced by Bajaj in India and sold in Malaysia by Modenas.

At the first glance, I did not see any differences except for the striking green colour. 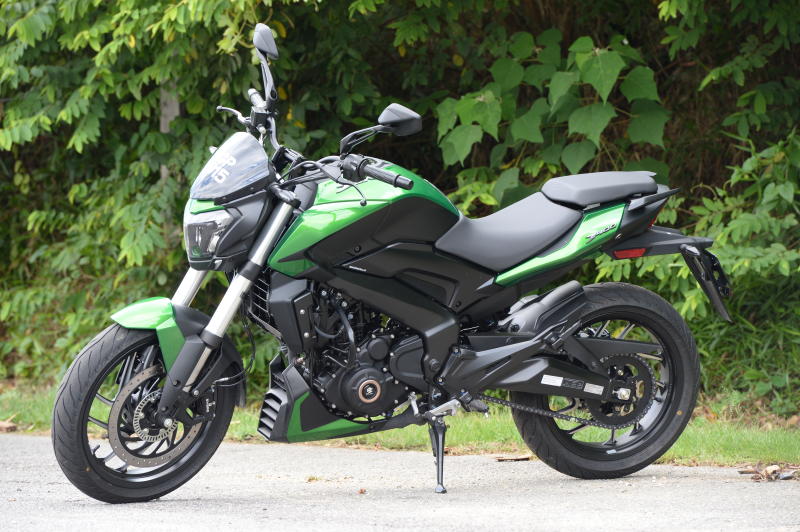 However, one of the biggest changes of this new Dominar is the engine which is KTM’s 373cc single-cylinder, liquid-cooled block.

This sports tourer comes in two colours of savanna green and charcoal black.

The sitting position and reach to the handlebar are natural.

The seat is firm and comfortable which is suitable for long distance.

Its two instrument panels offer all the necessary information that a rider must be aware of. 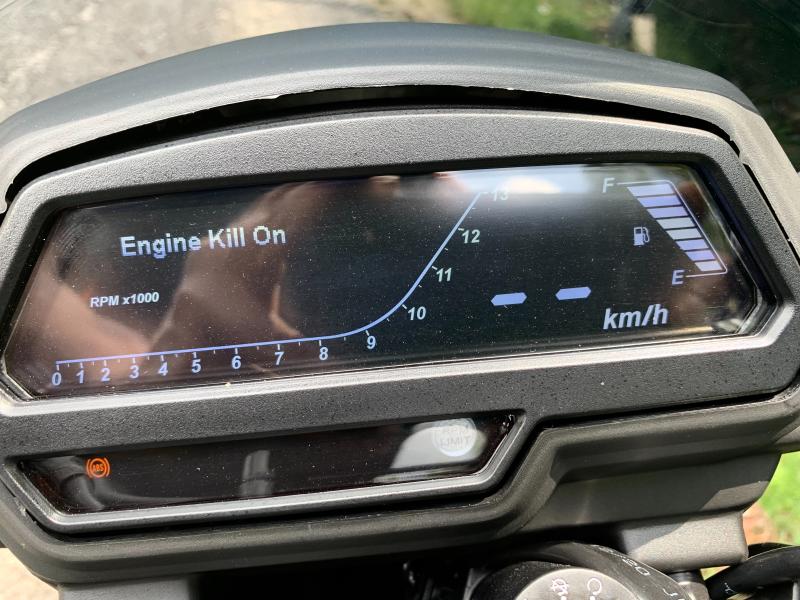 The first instrument panel placed at the front offers the digital speedometer, tachometer, fuel gauge, clock, trip meters and odometer among others.

The secondary instrument panel on the fuel tank displays gear-position indicator and ABS.

However, this second meter is placed at a very odd place: I needed to bring my head down to read the meter which is not safe since I had to take my eyes off the road.

However, both instrument displays are legible during the hottest day.

A must mention here, is that the bike comes with all-blacked out twin barrel exhaust pipes which gives the bike a much sportier look. 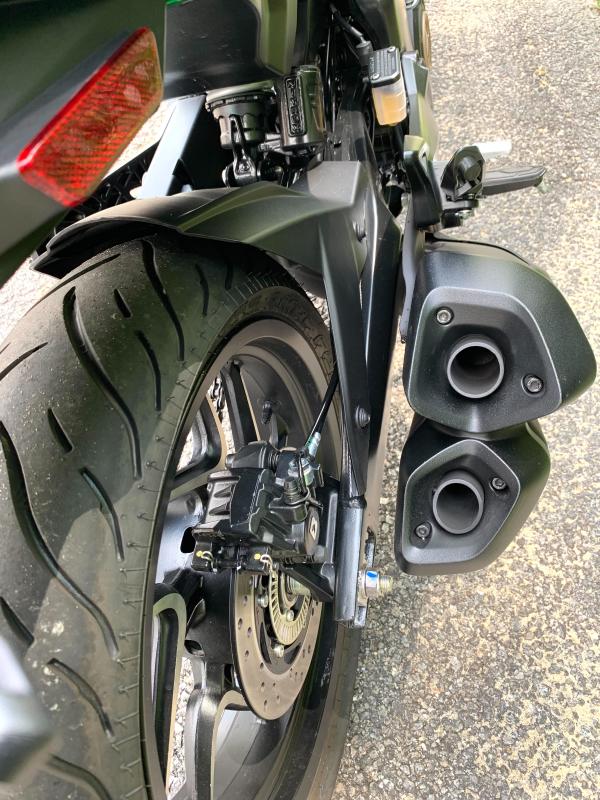 Modenas claims that Dominar can achieve the 0 to 100kph sprint in 7.1 seconds now, which is 0.7 second quicker than before.

And the claimed top speed is 156kph.

This bike feels at home whether riding in the city or on twisty roads.

At low rpm, this bike is so stable.

However, mild vibrations can be felt on the footpegs and handlebar when the engine is running between 3,950rpm and 4,200rpm.

Once the engine passed 4,200rpm, the bike is cleared of any vibration. 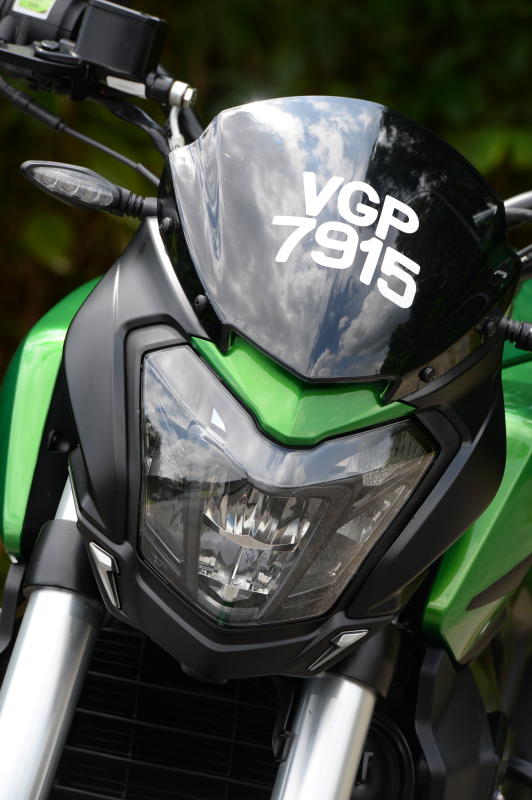 The torque set up on this bike is spot on for city riding.

The bike is able to whiz in and out of slow moving cars without any problem and dash from one traffic light to another without any hesitation.

First gear is enough to overtake all the other vehicles before reaching the next traffic light.

The agility and the torque engine make this bike an ideal bike for daily commute.

I realised that this bike will never stall at low rpm especially when I was caught in few bad traffic jams. 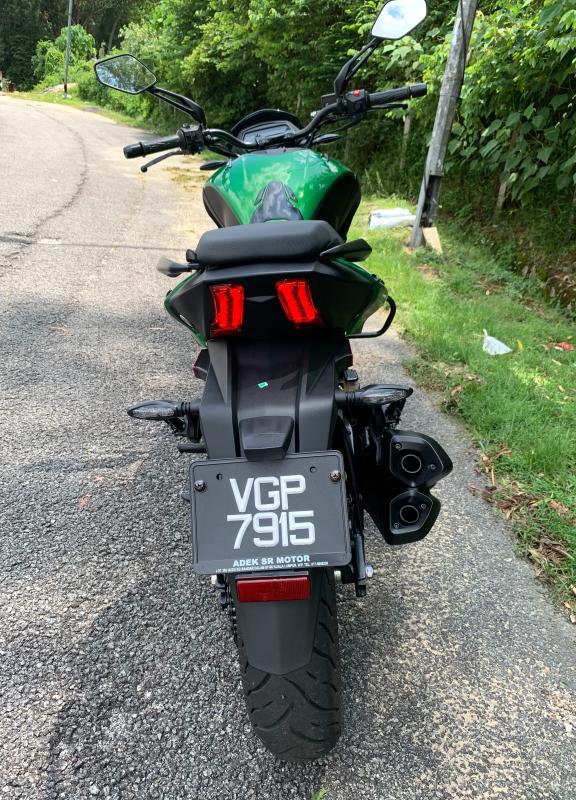 The bike comes with a slipper clutch which mitigates engine-braking effect whenever there is a sudden reduction in traveling speed or aggressive gear downshifts at high speeds are executed.

During my ride in the city center, I was caught in the heavy rain in Sentul, Kuala Lumpur.

On two occasions the bike landed in two waterlogged potholes.

The suspension on these bikes definitely saved my back from any agony.

The front upside down fork soaked up the landing in the potholes like a professional. 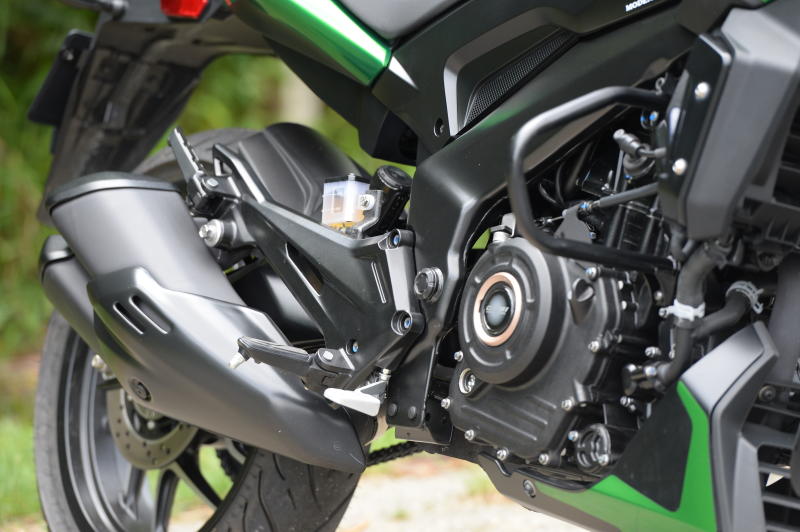 The rear monoshock also did well.

I remembered that the rear suspension of previous Dominar model was quite stiff in comparison.

I rode the bike through the Ulu Yam's twisty roads.

The Dominar is comfortable engaging any bends be they wide or tight.

Compared to its predecessor, this new Dominar is much smoother.

I was clocking 125kph on the way back from Kuala Selangor to Damansara and I was impressed with the performance. 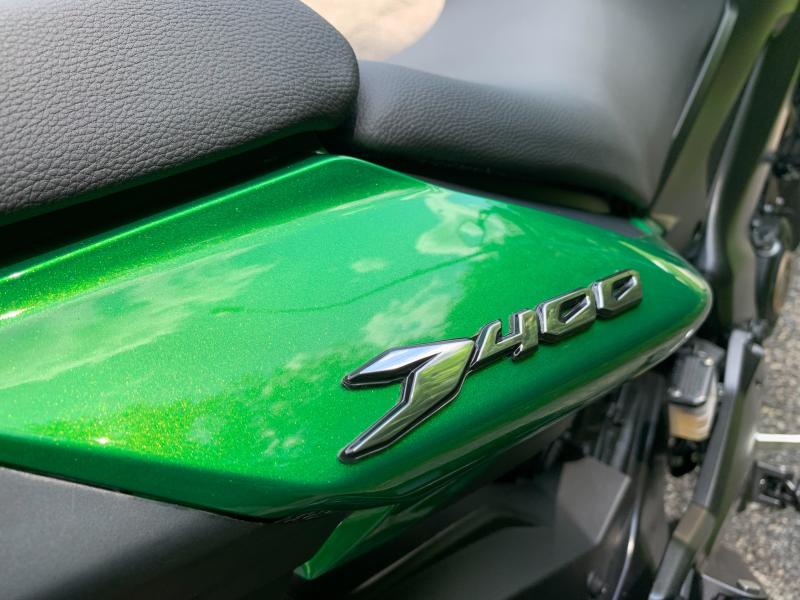 Meanwhile, the clutch is soft, and the gearing is smooth.

I am really looking forward to riding this machine further once the interstate lockdown had been lifted.

Dominar comes with 13-litre fuel tank that offers a riding range of 270km.

The brakes in the new Dominar have definitely gotten better compared to the predecessor.

The brakes are from ByBre, an abbreviation for ‘By Brembo’- is a brand specifically dedicated to small-to-medium displacement motorcycles and scooters. 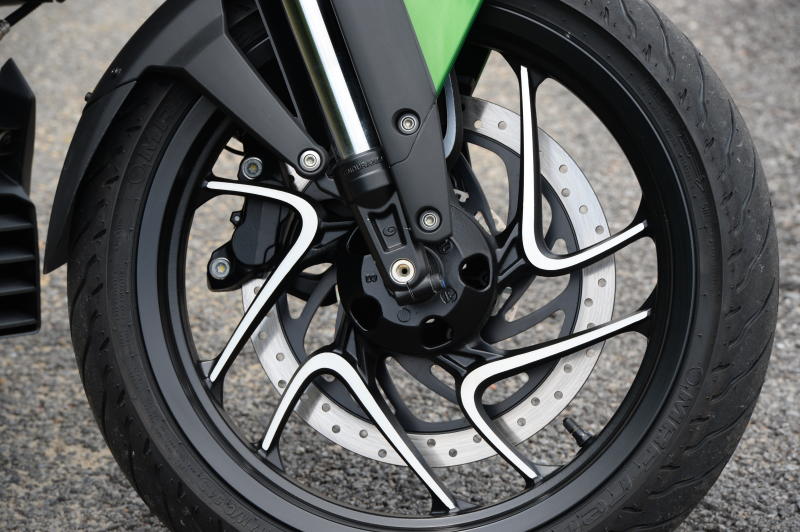 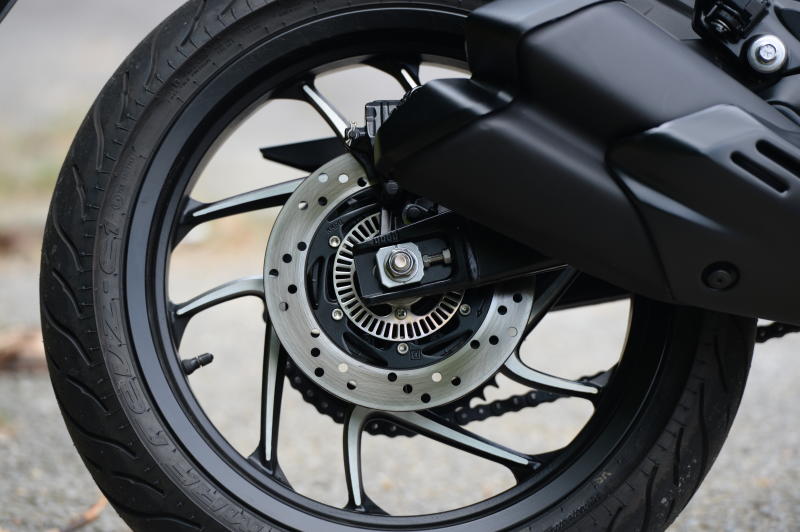 The front brake has a 320mm disc where the front caliper is radially mounted exactly like the KTM 390.

Meanwhile, the rear disc is 230mm.

Both brakes are complemented with ABS.

There have been reviews stating that the brakes are weak at high speed stopping but I did not experience this.

After three days with this machine, it is obvious this bike is definitely value for money.

The bike is priced at RM13,997 (price excludes road tax, insurance and registration) and buyers are definitely getting more than what they paid for in terms engine performance, safety, design and petrol consumption. 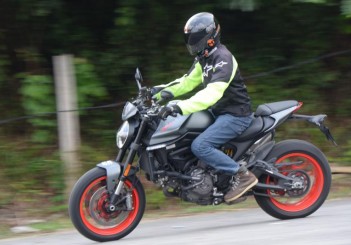 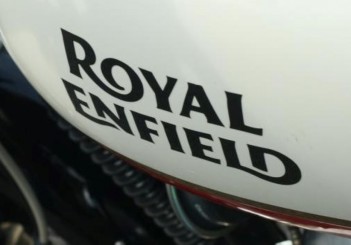 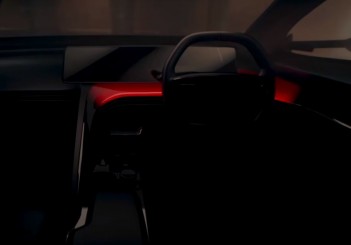