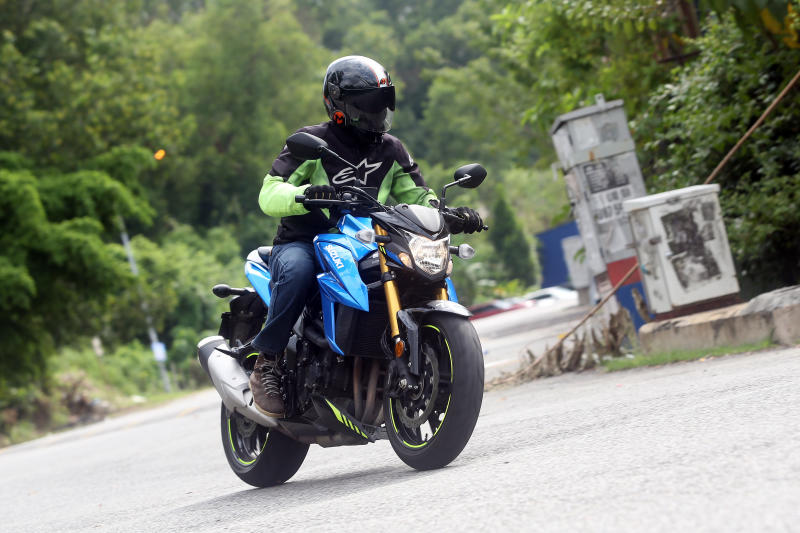 THE new Suzuki GSX-S750 is all about styling and performance that are hard to deny.

From the bold upswept lines of its crouched stance to the aggressive styling of its headlight, fuel tank and body trim design, every aspect of the GSX-S750 is exciting.

To me personally, two things stood out on this bike.

Firstly, the Transformer looking headlights which could be inspired by anime that seems to be popular among the younger generation and secondly is the nose-down tail-up design of the bike. 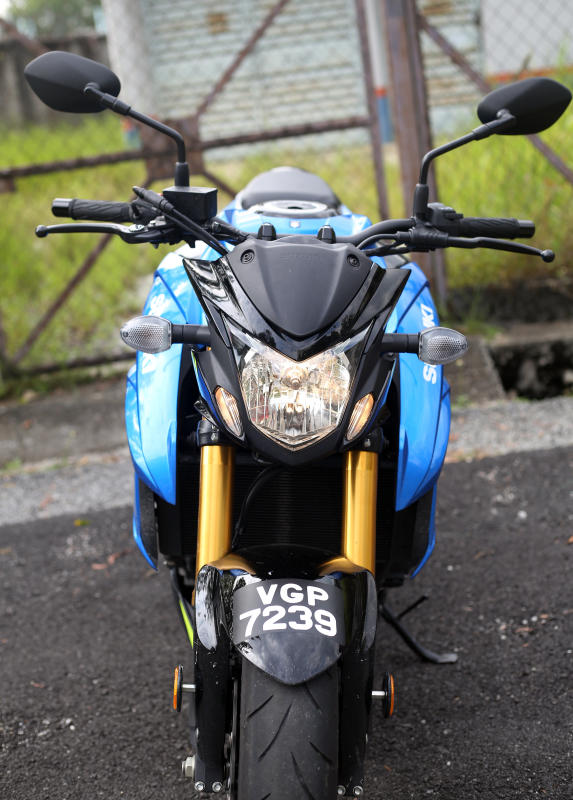 Meanwhile, the rear of the bike is well designed to complement the overall look of the bike.

The rear light is placed under the tail of the bike looks small but visible enough for other road users.

Like other naked bikes, the rider's saddle is narrow and the seat for the pillion rider is too small for the comfort of most people.

The rider's sitting position on this bike is upright with a bit of hunch but very comfortable.

The sitting position did not put any stress my neck, shoulders and back.

I enjoyed riding the bike and clocked more than 300km on a day trip. 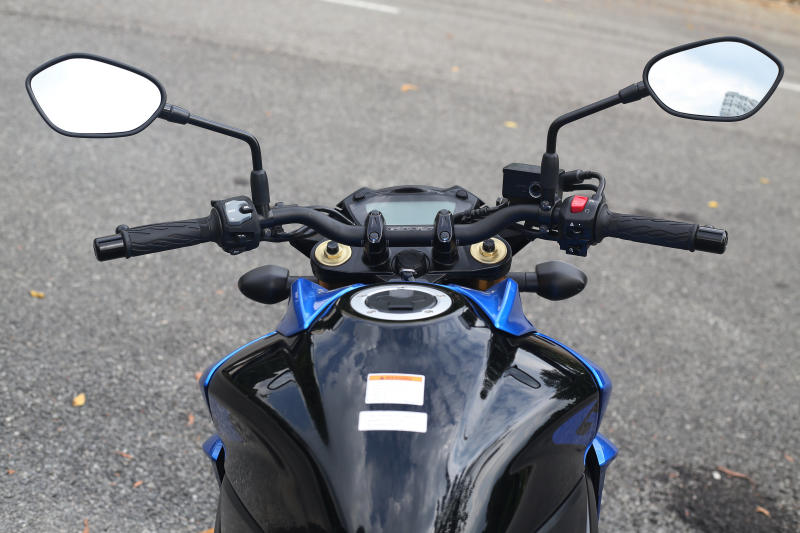 You can personalise the tachometer readout with a choice of five styling.

The bike loaned for this review was in Metallic Triton Blue which offered a lot of character and allowed the lines on the bike to be clear and distinct.

Compared with Matt Black that allowed a mysterious persona, the lines of the bike could only be seen when you go close to the bike.

As such, I definitely preferred blue. 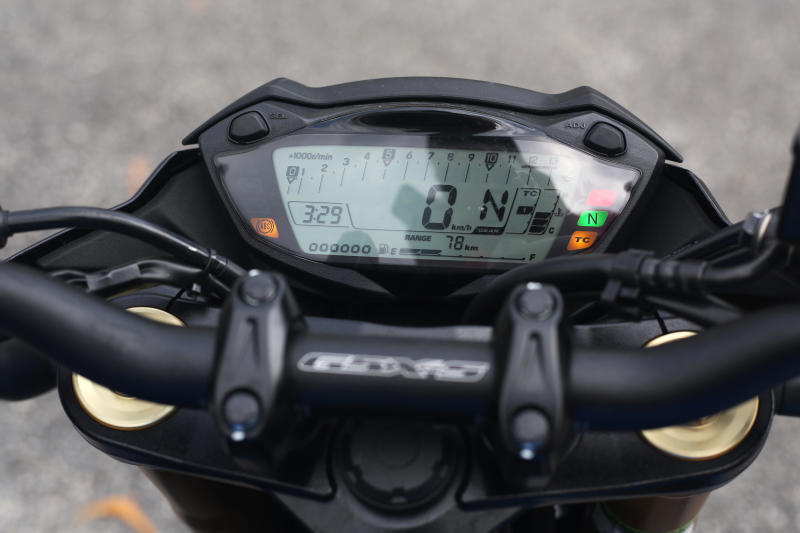 On the highways and open roads, this bike is always waiting to be pushed hard.

The torque on the bike is instantaneous and manageable without any no sudden surprises.

The new GSX-S750 has a reliable midrange supply of power and torque that you won’t be disappointed with.

While doing a 300km plus ride, it was very apparent that the perfect throttle and good fueling combination made the ride pleasant and fun. 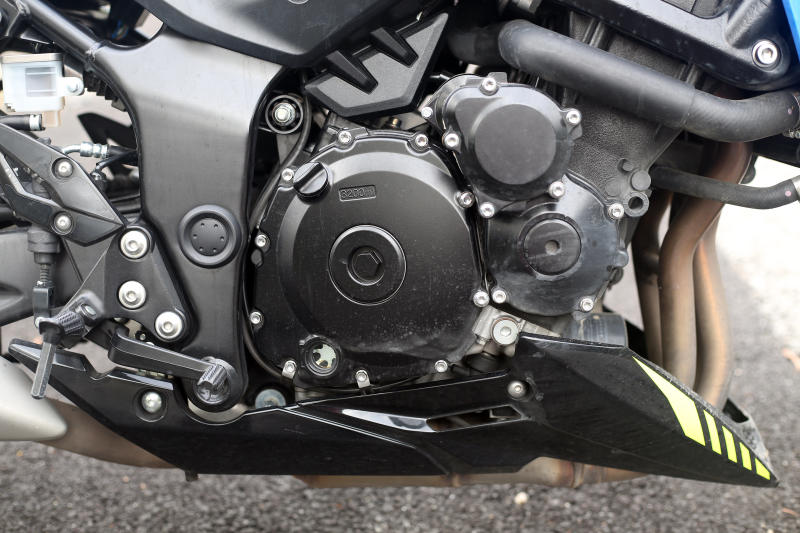 Meanwhile, in the city centre, the bike performed well at low rpm and there was nothing to worry about.

A must mention here is the three-mode traction control system that operates smoothly and does not interfere with handling, even when the rider engages in aggressive riding.

I can freely select one of three modes using the convenient handlebar switch. 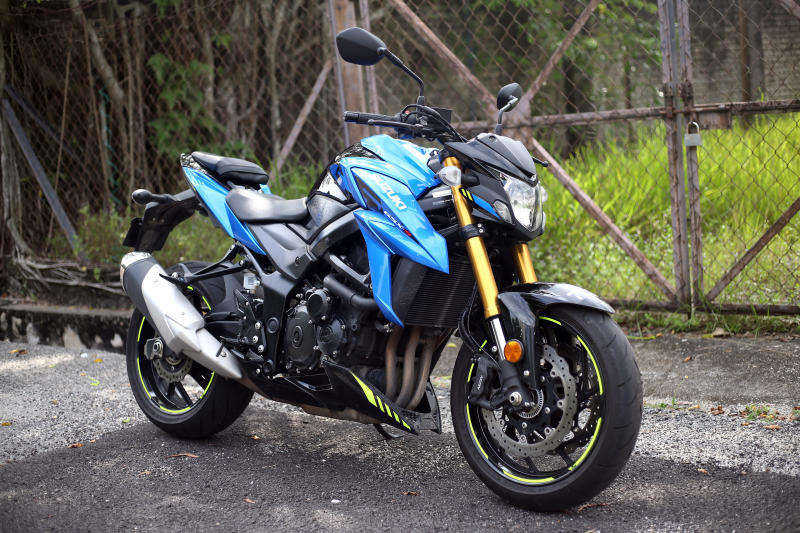 During my ride on the North-South Expressway to Tanjung Malim, I tailed a Ducati Multistrada at high speed.

The bike was calm and composed when engaging corners and bends on the highway and could easily overtake other vehicles confidently.

What amazed me was that the wind blast was manageable, thanks to the mini screen which was deflecting the rushing air  well.

Every time I shifted a gear, I could feel the gentle surge of power pushing the bike forward complemented by enough torque.

Power is abundant and allowed good acceleration at the command of the rider.

It is not often that one can admit that the bike is an extension of the rider. 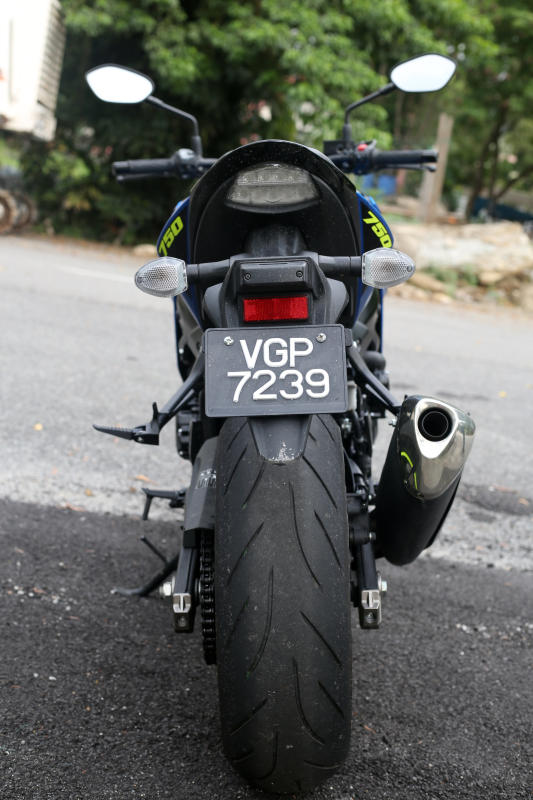 Within an hour, the machine and me understood each other well. I was a happy man on that day.

The bike is at its best when tackling corners and twisties.

Even though the bike weighs 213kg, it did not feel that way at all. It felt lighter around 140kg.

It felt light and nimble enough to zip in and out of any tight corners or twisties.

Suzuki’s dual power throttle valve system allowed smooth power delivery which is very much welcomed when one is exiting a corner, thus giving the bike the needed continuous power without any hesitation.

This ensured the continuity of engaging the next immediate corner without losing any momentum.

I began to appreciate the seating position of the bike when the machine began to engage difficult corners. 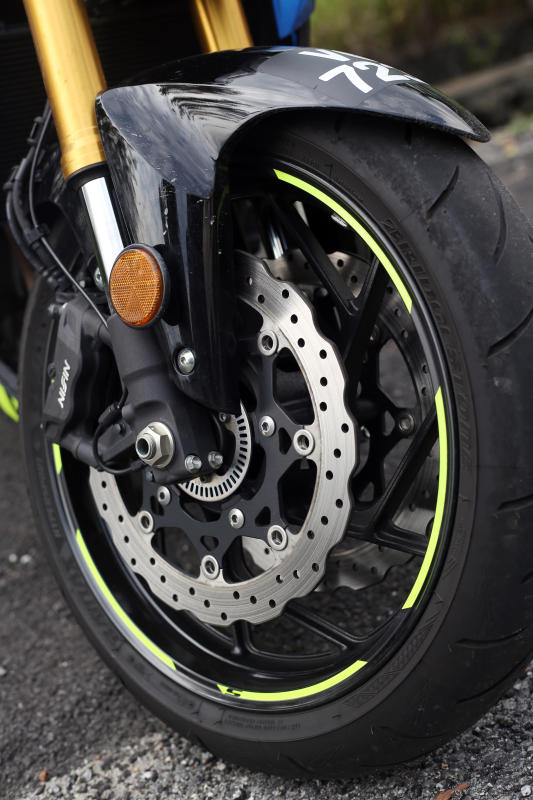 As I mentioned earlier, the seat was small but there was enough space to move a bit.

The little space allowed me to ride well in the corners.

I believe that if there was too much saddle space, I would be sliding from side to side.

The KYB suspension is also another main reason for the great ride in the corners.

There is nothing to complain about here.

Meanwhile, the Nissin brakes are competent and a perfect fit for the GSX-S750.

The front brake came with four-piston radial-mount calipers and 310mm semi-floating rotors at the front.

The front brake's bite is satisfactory.

Meanwhile, the rear is fitted with a 240mm disc, one-piston caliper and was as equally effective as the front.

Light touches are good enough for to stop the bike. 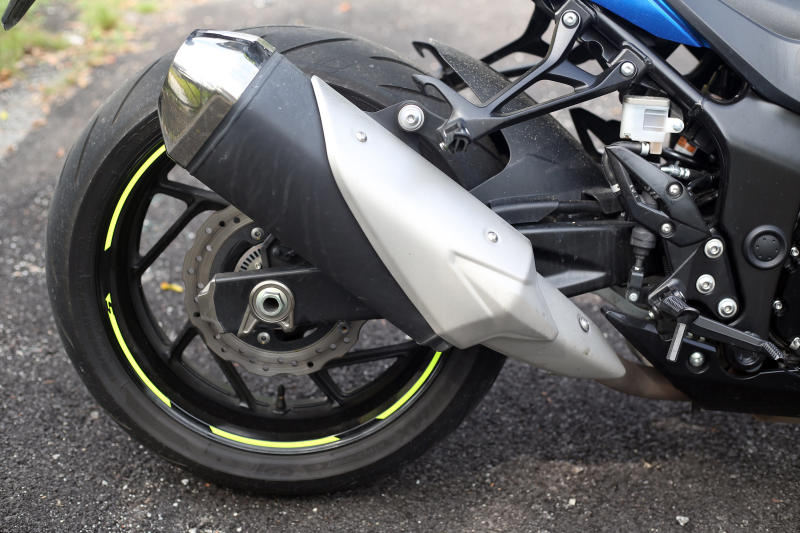 This naked bike oozes a lot of charm complemented with an abundance of power and versatility.

This RM37,289 bike promises all riders a good time be they be on short or long distances.

One thing this bike fails miserably is not being exciting.

The minute you hit the throttle, you are transformed into this persona that is ready to take on any challenge on the tarmac. 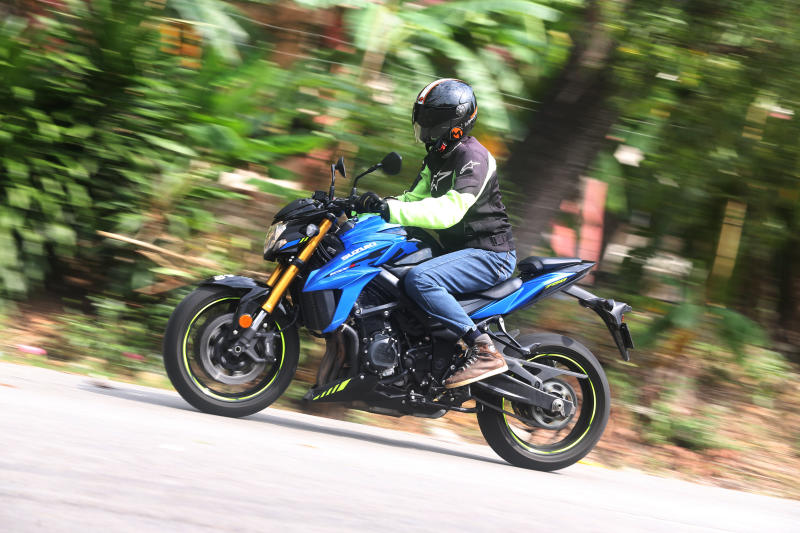