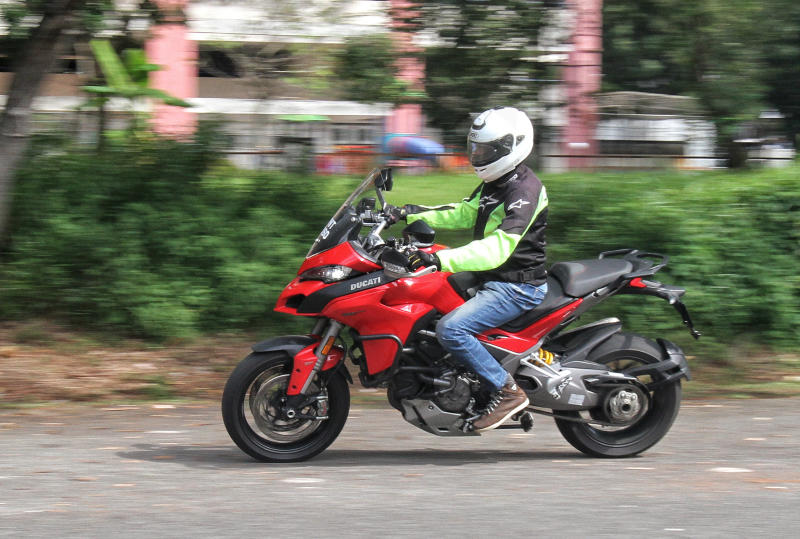 One glance at the bike, one will wonder if this bike actually has a beefy 1,260cc engine.

Compared to other brands of adventure bikes which are 1,200cc and above, they are much bigger in size.

The cockpit comes with an upgraded TFT instrument panel. The colours are much brighter and the information is easily read on a hot sunny day.

The text, graphics and visuals are big enough to be read at a glance rather than reading on more than twice while you are on the go. 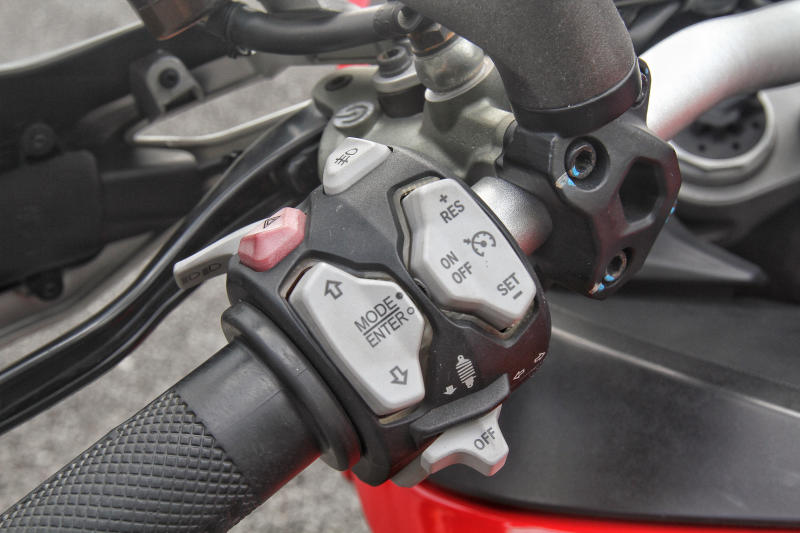 The switches are on the right handlebar and can be easily reached without any hassle. I am able to switch between the riding modes, pre-load the settings between rider, passenger and luggage plus the suspension adjustment to my needs.

The Multistrada 1260 S is categorised as a sports touring bike. Thus, the accessories that come with the bike are practical.

The windshield is tall and wide enough to deflect the wind while I was doing very high speeds on the North-South Expressway (NSE) from KL to Sg Petani.

The windshield is adjustable manually without much hassle. I only had to hold the top of the windshield and slide it up and down depending on the height that I want.

The side mirrors are big enough for me not to miss anything. The saddle is wide, comfy and adjustable. 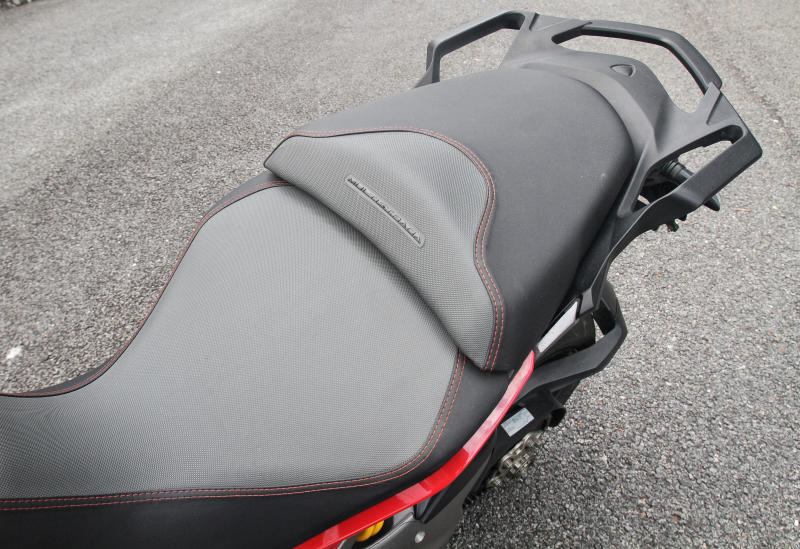 The LED lights plus the cornering lights is able to pierce through any pitch-dark roads. Don’t take my word for it, try it out and you will be amazed.

In the night what bothers me the most, are the switches on the left handlebar which are not lighted, instead it is lit around the switches.

I find it impractical as I know where the switches are but can’t see which switch to operate. The Multistrada 1260 S offers four riding modes, which are Sport, Urban, Enduro, and Touring.

My favourites were Urban and Touring. Meanwhile, Sport is very useful especially whenever I felt frisky and wanting to push the bike harder against my riding mate's sports bike, the Ducati Panigale.

My attempt was futile but definitely gave the Panigale a good race at least for the first 10 minutes. I did try Enduro in Balik Pulau, Penang. 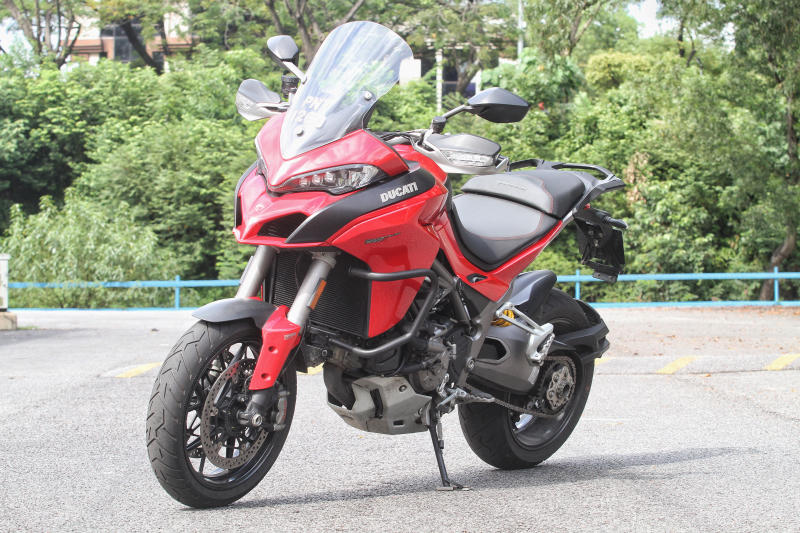 I ventured into a semi off-road environment covered with loose gravel and sand guided by 4X4 trails. The Enduro suspension was able to handle the rough stretch well. The handling of the bike was easy with Enduro.

The 1260 S' rear was able to control the slides, without skidding sideways and me dropping the bike. Awesome!

When I turned off the traction control, the rear tyre was able to sweep through the loose sand and got me going.

While riding on the NSE, I realised that the powerband on this engine is linear. 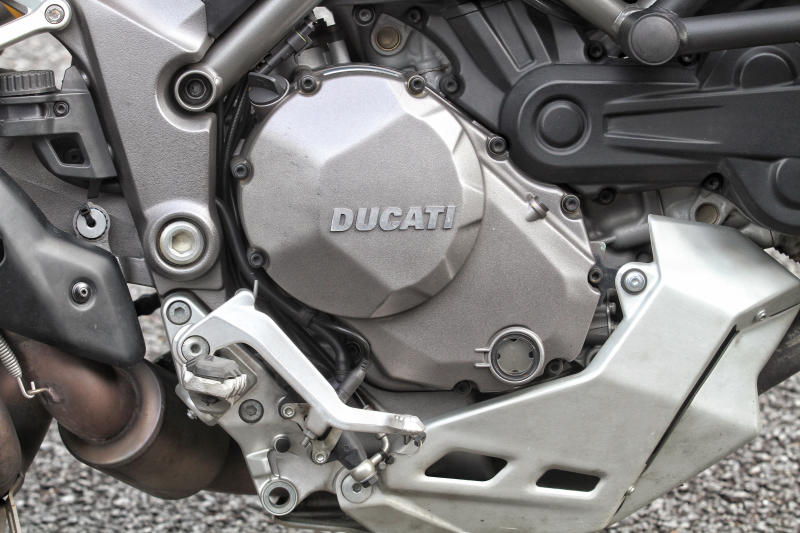 The torque is reasonable unlike a sports bike and the power of the bike is manageable even by a novice to an adventure bike.

According to the engineers at Ducati Malaysia, the Multisrada 1260 S is powered by the Testastretta L-twins with the signature desmodromic valvetrain that replaces the standard spring-closure with a pull-closed cam.

This has a dramatic change in the intake and exhaust timing in response to rpm changes. In layman’s explanation, the powerband broadens thus at low rpm and you will experience decent torque.

This is very useful especially in crawling traffic. On the open road, the Multistrada 1260 S is well planted on the road like a gecko despite clocking speeds way above the legal limit.

This is definitely due to the solid yet agile chassis.

On a few occasions, I was tempted to take my hands off from the handlebars while clocking 120kph because the bike was so stable. But my brain cautioned me not to in case there's a split-second error. 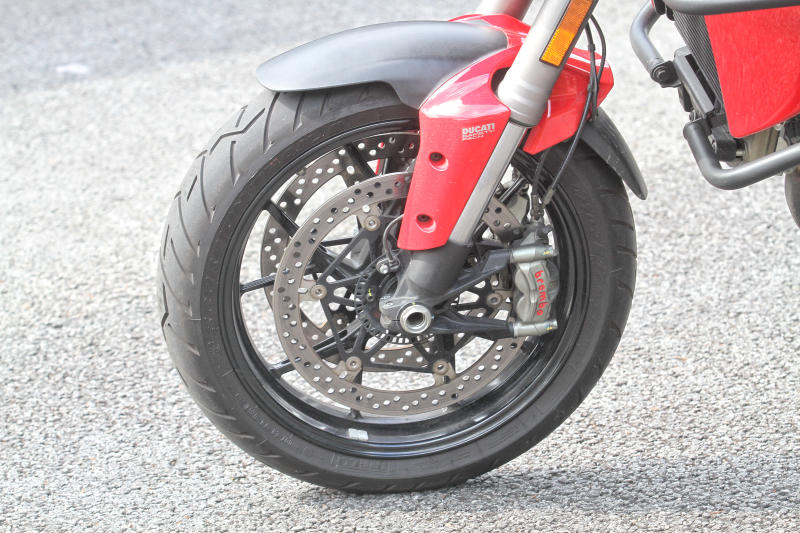 Without a doubt, the 20-litre tank promises good riding range both on and off-road.

This bike is powered by an undeniably proven engine that offers the torque and power that one needs. It will be a surprise if any of the riders complain that the Multistrada 1260 S does not have sufficient power and torque to meet their riding needs.

The suspension system of the Multistrada 1260 S consists the semi-active type and controlled by the Ducati Skyhook Suspension (DSS) Evolution system.

While riding on hilly roads and carving through corners and twisties, the suspension was at its best. The front is equipped with 48mm upside down front fork with adjustable features. 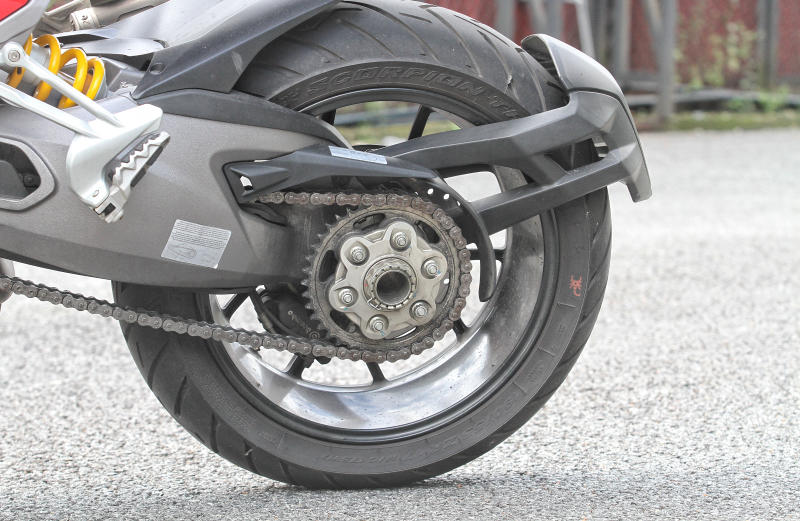 Meanwhile the rear is paired with a Sachs shock absorber which is fully adjustable and offers increased riding comfort even at maximum load.

When it comes to brakes on Ducati, it has to be the Brembo brakes. You can’t go wrong with Brembos. The front and rear brakes deliver satisfying braking control and stopping power.

A must mention is the Bosch-controlled cornering ABS that gives me the extra confidence especially when I attempted few wide sharp corners like a professional. There was no need to slam on the brakes rather, a light pull is good enough to bring the RM122,106 (before SST) bike to a stop. 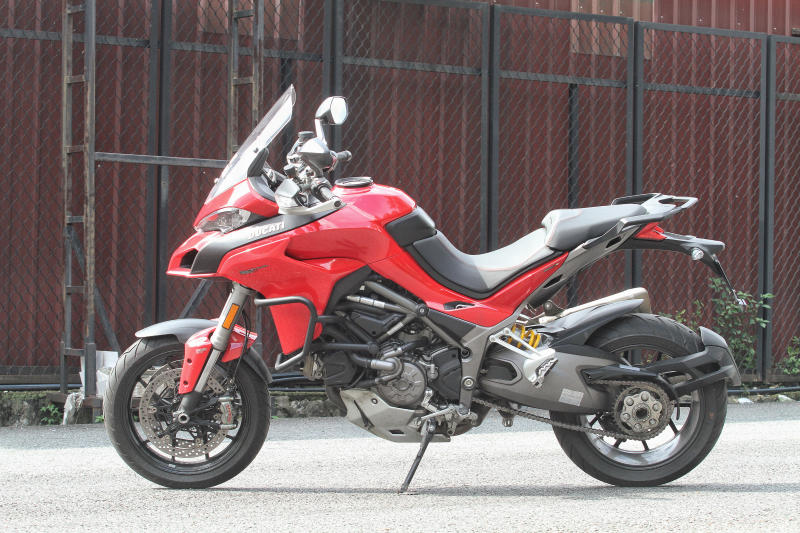 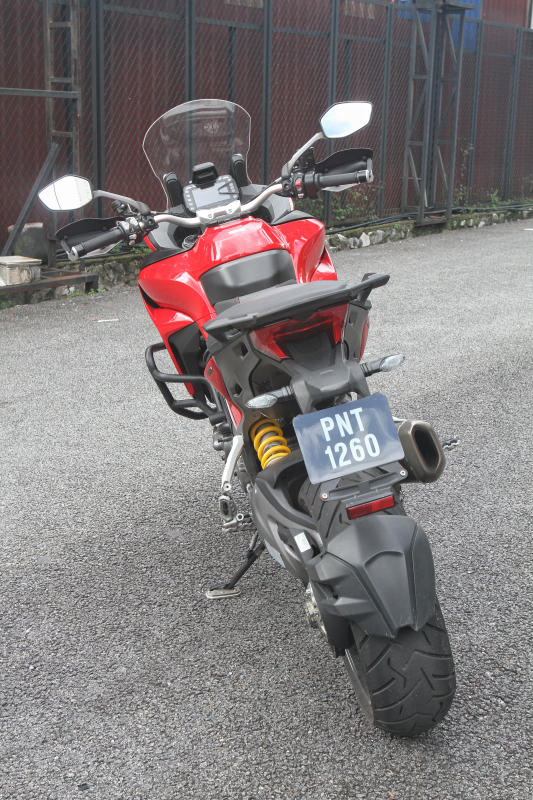