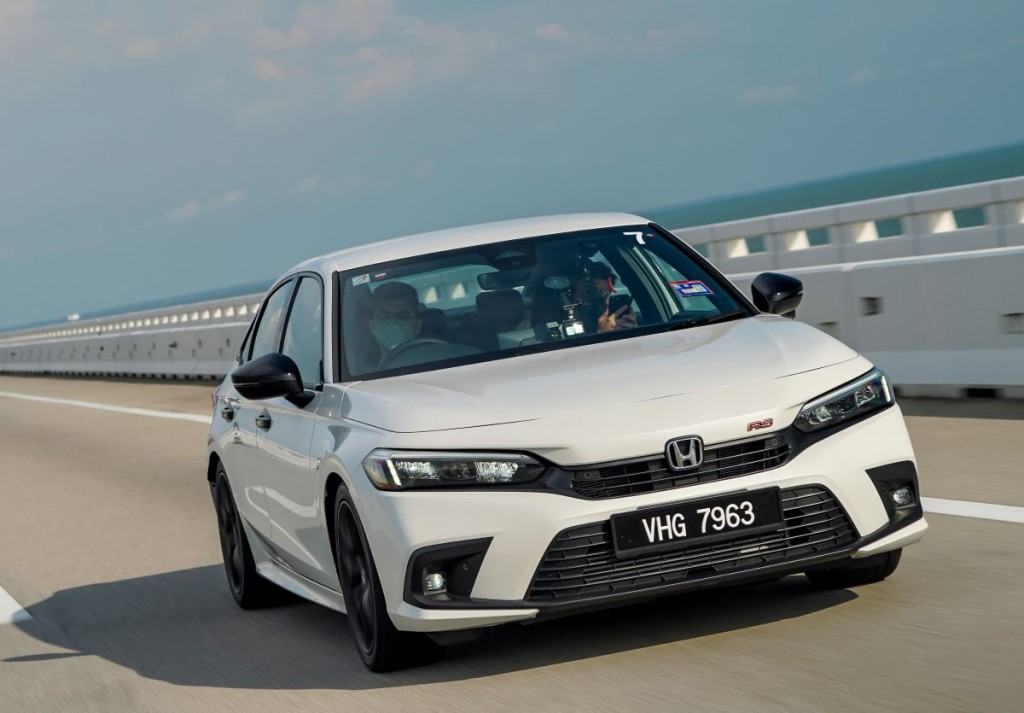 THE Honda Civic has come a long way from a Myvi-size three-door hatchback during its early years in the mid-1970s to a mid-size C-segment sedan today with a spirited flair in looks and performance.

It might have lost somewhat a bit of its youthful bent in the latest guise with more conventional styling strokes in body details but the Civic remains just as lively and surefooted in its latest 11th-generation evolvement.

This was fully impressed upon us during a media drive in the flagship Civic RS variant from the Klang Valley to Penang and back over two days, taking in B-grade roads, urban conditions and highways. At a glance, the latest Civic seems to retain the previous model’s body profile but the big change comes in the details; the restyled front and rear now sees a less forward and sporty orientation.

In a way, the sober styling elements reflect a maturing status that suggests the Civic owner is a person who has come of age but still hankers some for a spot of spirited driving as and when he feels the need to let go.

The front still has that ‘agro’ look but with subdued overtones in the dark centre grille flanked by two neater profiled headlamps and underlined by a more distinct underspoiler. The front-end taper or grille drop-off is gentler now and not as sharply sloping as before; apparently this higher drop-off styling offers better forward visibility.

It’s the rear that sees the bigger change, having dropped its distinctive ‘boomerang’ light combination for current styling trend in a long, triangular outline.

The body has grown a bit dimensionally - 30mm longer in overall length at 4,678mm following a similar increase in wheelbase of 2,735mm. There are more driving assistant items to make it a safer car to pilot around but the increase in engine output does up the ante on its sporty outlook.

The 1.5-litre double cam VTEC Turbo engine pushes out an additional 9PS at 182PS and torque output is increased by 20Nm to 240Nm, peaking early at the same 1,700rpm as before.


Honda also continues to use the continuously variable transmission (CVT) to channel all that higher engine output to the front wheels. A longer body with more equipment also means adding on weight; new V variant against the old V sees about 33kg increase at 1,349kg (kerb) and this would affect performance a little.

Honda says the 11th-generation Civic accelerates from rest to 100kph in 8.4 seconds while the lighter 10th-generation model does the same at 8.2 seconds, although top speed stays at 200kph.

We couldn’t quite tell the difference during our Penang drive as the 11th-generation Civic was ever ready to surge the moment we floored the accelerator. The CVT continued to work well without making a din in the rapid build-up of speed whenever we had the open roads to do so.

All that gung-ho driving did have one dampening factor though as by the time we reached Penang after diversions to Ipoh for lunch and Taiping to visit the Perak Museum, the low fuel warning light had come on.

Even so, the car electronics indicated that there was enough fuel in the 47-litre tank to cover more than 60km after crossing the second bridge to Penang and we made it to the Gurney Drive hotel despite the heavy city traffic. We weren’t so lucky on the return drive as it was mostly on the highway with full accelerator application; we had to fill up in Rawang as the computed mileage available was 30km!

Dynamically, the latest Civic is still up to par on its surefooted grip through winding road stretches and firm-footed stability on highways.

Honda made some improvements in the suspension layout, which is the same in design as the previous model, to provide better ride comfort and dynamic performance. It might wallow a bit when the roads were a bit undulated but the Civic regained its stable poise quickly to bolster our confidence in driving quickly through winding sections.

We simply love the brake performance as it slowed the Civic from robust speeds quickly and without fade, time after time.

The good damping quality shone through when we hit rough road patches and rumble strips as we were rather well insulated from any jarring or jolting harshness. Our only grouse came about as a rear seat passenger; the road roar that surfaced from 80kph and stayed consistent from then on was a drone on our ears.

The oddity was that this was noticed along the highway stretch from KL to Ipoh, but was definitely quieter for the northern stretch – a result of different road surface material?

It didn’t stop us from catching forty winks either way though and surprisingly, this road roar was much better subdued from the front seating perspective. Overall, the latest Civic continued to impress us as a driver’s car as much as that for passenger comfort on long drives, and you couldn’t ask for a more complete package than that. Since the Civic’s launch in January, more than 2,800 units have been sold, accounting for a 91% share in its segment.