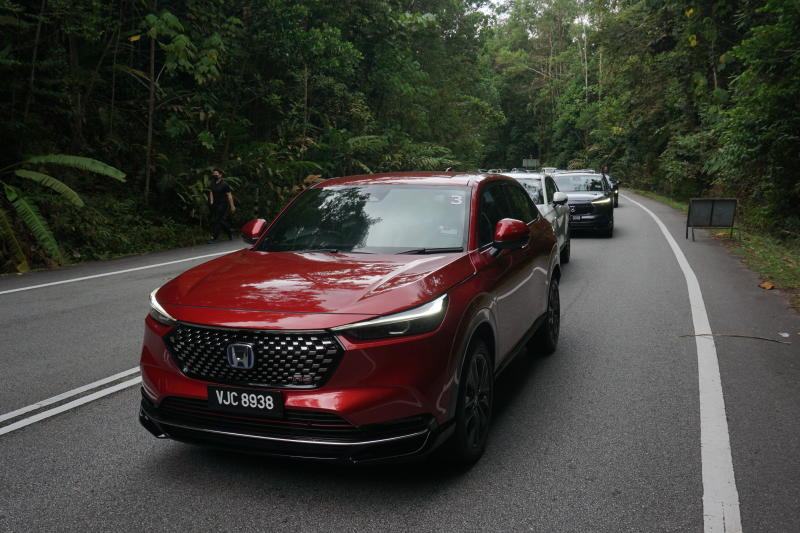 THE latest Honda HR-V has certainly been expanded in its model range to cater to a more diversified clientele and a notable one is the hybrid version, the e:HEV RS.

While those familiar with hybrid technology would visualise an engine that is assisted by electrical power as and when strong acceleration is required, Honda has taken this hybrid development further.

The Honda hybrid system now uses more electrical power to propel the vehicle and the engine only comes into play at certain times of the drive, either to charge the battery, run on its own or with battery assist. 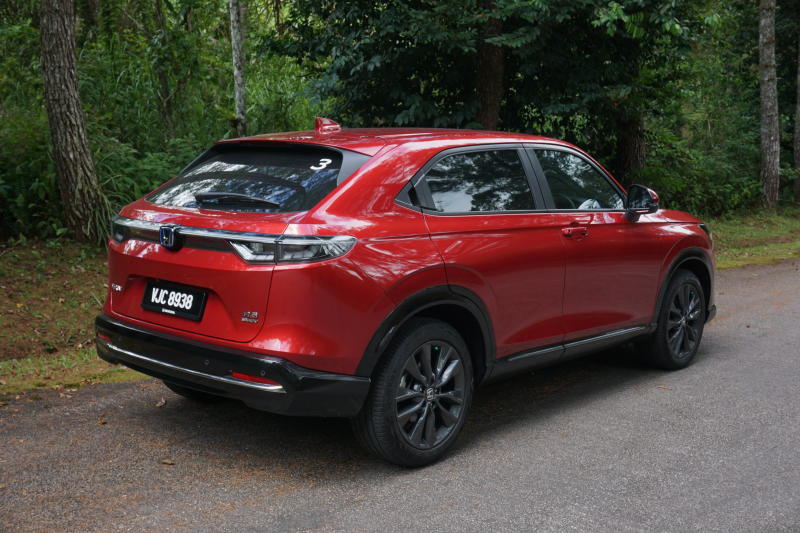 To keep things simple, the Honda hybrid is more electrically driven by a motor than the engine, which was the case with earlier hybrids.

Thus, the battery pack located at the rear is bigger and it keeps the vehicle on electric mode longer.

Once the battery level falls to a certain point, the engine is automatically started to run the vehicle and charge the battery at the same time. 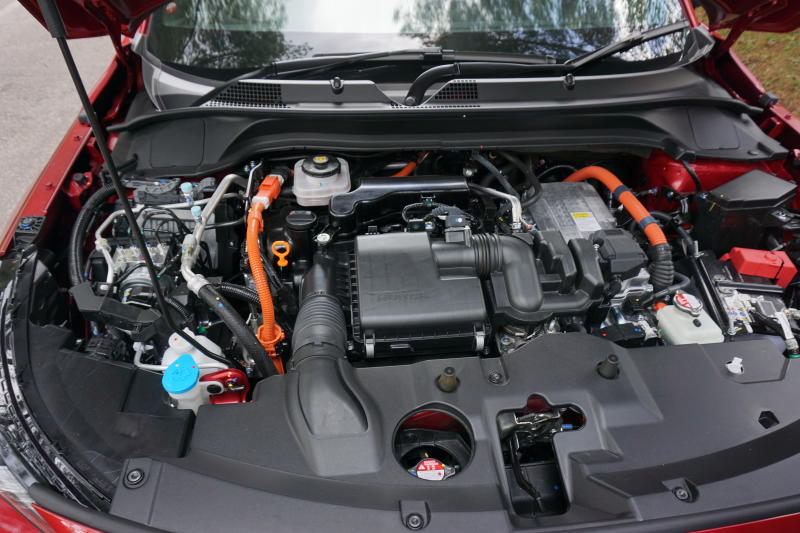 When the battery is charged up to a certain level, the engine would be switched off and you are back on electric power.

This power operation could be seen via the changing graphics on the instrument panel, particularly in the spot where the tachometer is normally located. 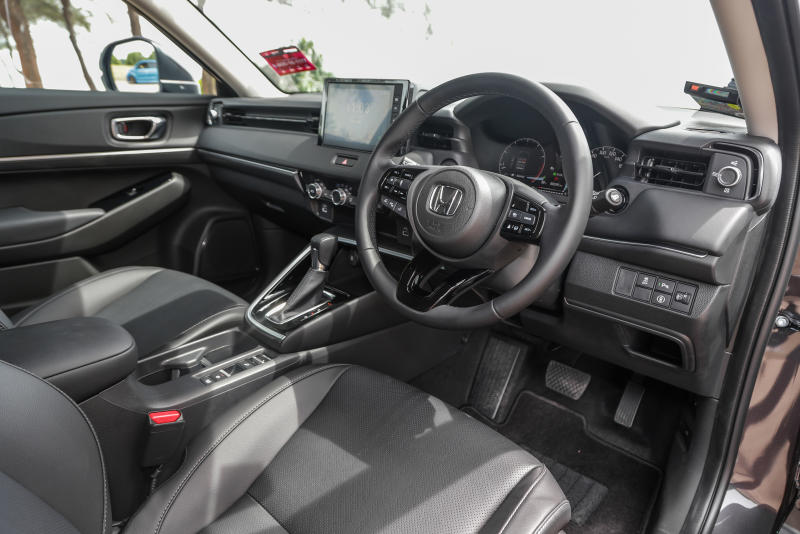 There is instead this constantly changing graphics that indicate the flow of power – electric or engine output – as you drive along.

This new Honda development gives a fresh perspective to hybrid motoring to make it a lot more economical to drive in town while holding its own on long-distance runs. 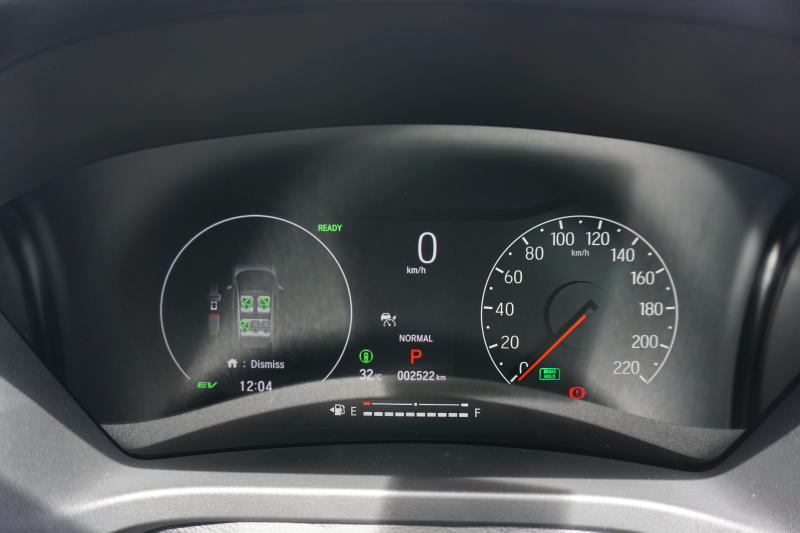 As a result of this fresh hybrid arrangement, the 1.5-litre i-VTEC dual cam engine in the new HR-V is an Atkinson Cycle unit that delivers the least power output against the normal petrol and turbocharged variants of the same engine displacement. 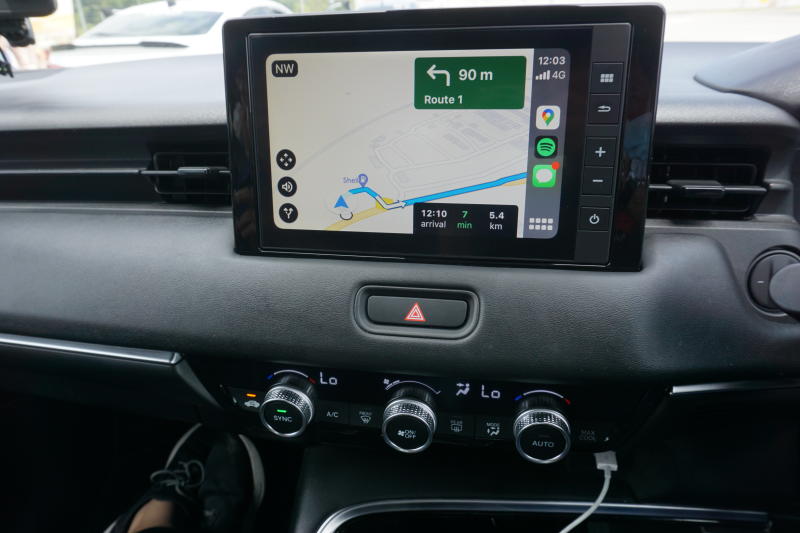 While the engine output might be the lowest among the variants, it is the combined engine-electric motor output that makes hybrid motoring practical and more fuel efficient.

In fact, Honda is so confident of the more efficient 1.5-litre engines across the range being more fuel miserly, it has fitted the new HR-V with a 40-litre tank, against a 50-litre one for the old model. 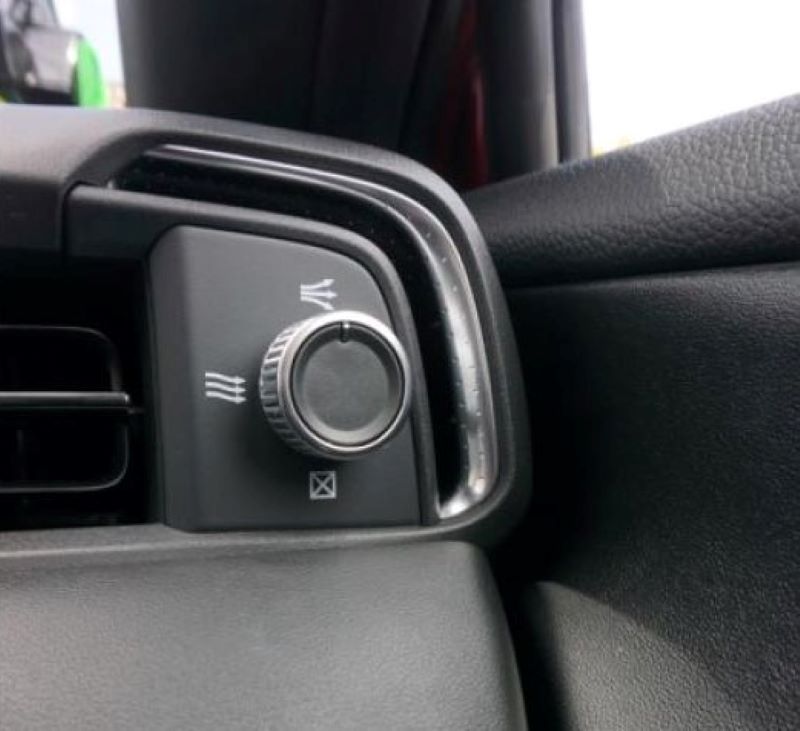 A drive from the Klang Valley to Kuantan revealed how competent the new HR-V e:HEV RS hybrid model is in urban driving, motoring up Genting Highlands and lapping up the kilometres on the highway at robust speeds.

Taking off on electric power with the immediate delivery of strong torque was effortless for the new HR-V hybrid that tips the scales at 1,393kg (kerb weight).

The graphics also indicate the level of battery strength and we could see the engine charging the battery every time we lift off the accelerator pedal to slow down. 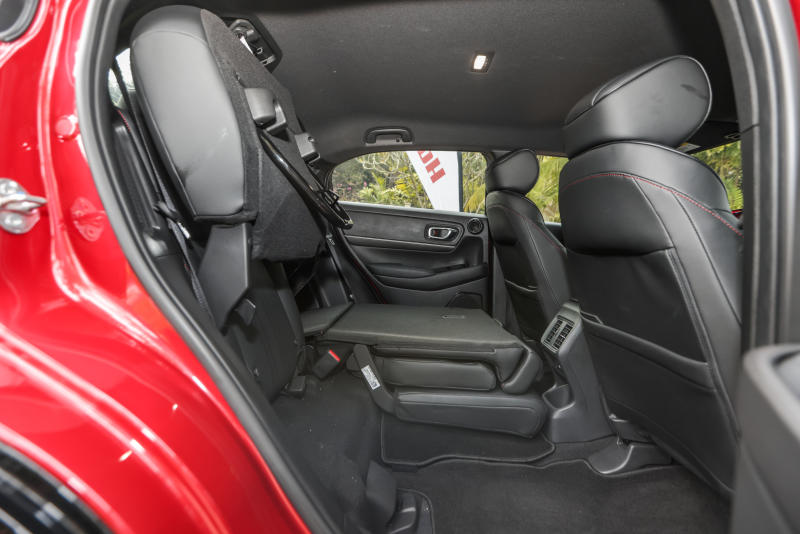 During our drive up to Genting Highlands, our fear of a lack of oomph was soon put to rest as the HR-V hybrid took to the gradients easily on a combination of mostly electrical and engine power.

In performance, Honda says the HR-V e:HEV RS would accelerate from rest to 100kph in a pretty good 10.7 seconds and a top speed of 170kph.

Complementing the Genting drive were the good dynamics of the latest HR-V; we hardly felt the body lean as we took the corners with some abandon and the Continental tyres didn’t squeal much either. 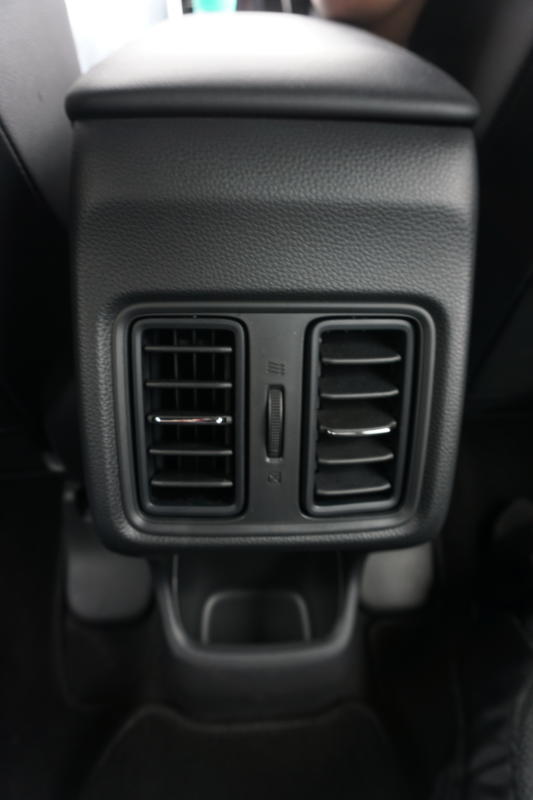 With front MacPherson struts and a rear torsion beam set-up, Honda has the suspension well designed and tuned to handle winding road drives well up to expectations.

It also has a roomy interior and we enjoyed the ride as the three of us took turns to check out all aspects of this Honda sports utility vehicle (SUV).

Bumpy sections, speed humps and rumble strips were taken with hardly a jolt to add to the ride comfort that we enjoyed as driver and passenger. 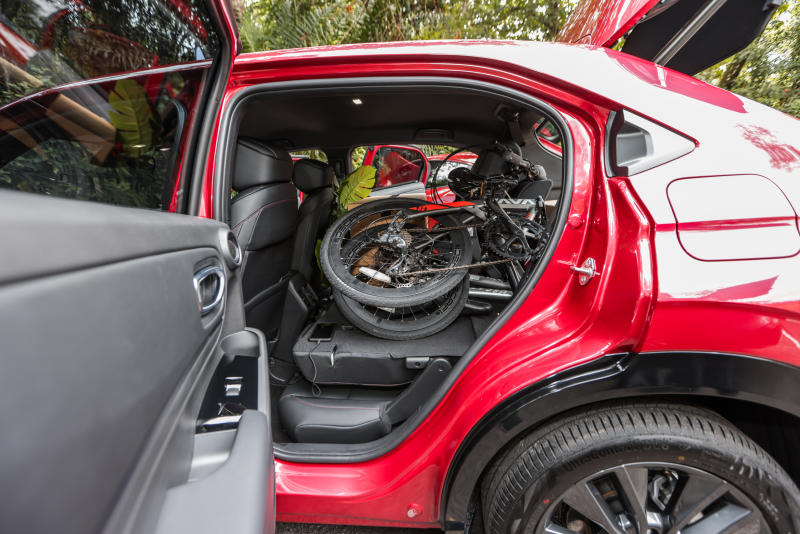 It might run on the same 2,610mm wheelbase as the previous model but its body is 39mm longer at 4,385mm, and this has given it a noticeably roomier interior, especially for the rear seat passengers.

On the highway, the body is so well designed aerodynamically, we hardly heard the wind rustle at high speeds. The ‘silence’ was broken though by the intrusion of road roar that was generated by the tyres over the rough road surfaces.

There was also the constant engine whine that indicated its operation, mostly in charging the battery, according to how electric power was required to propel the car. 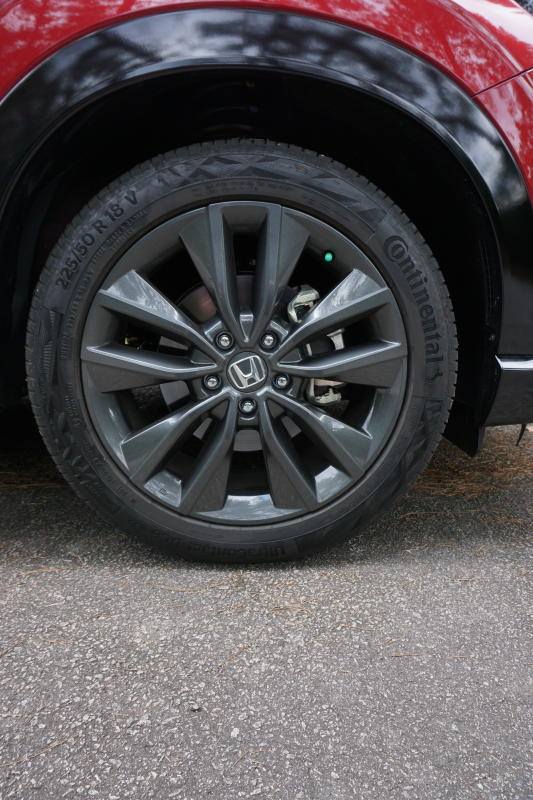 Another chink in the new HR-V’s armour is the relatively small luggage area that didn’t quite complement its bigger body dimensions.

Overcoming that is the flexibility of space with the folding of the 60:40 rear backrests; Honda continues to employ the Ultraseat design featured in the previous HR-V, Jazz and new City Hatchback.

This Ultraseat design has the seat cushions being moved forward along with the seatrests when they are folded and this frees up a lot of space for carrying a variety of items. 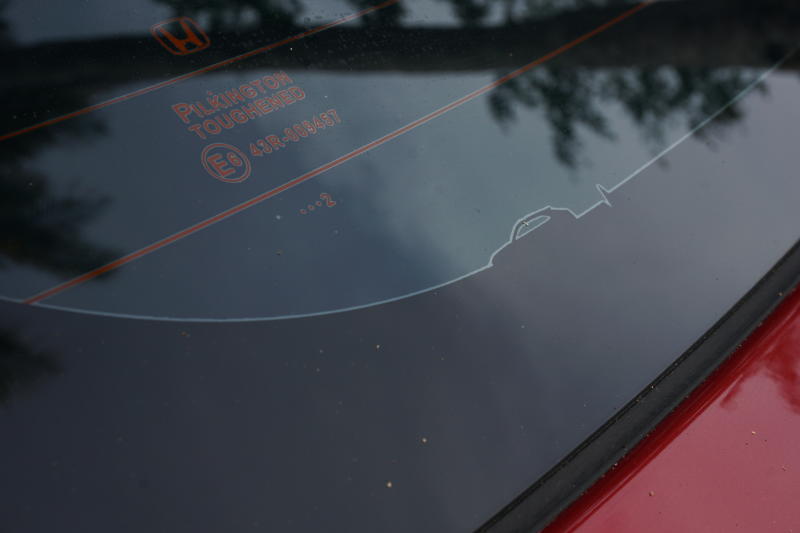 At the end of the day, the HR-V e:HEV RS hybrid is a persuasive choice for those who want excellent fuel efficiency while enjoying a decent pace on the highway and ‘hill climbs’.

Since the new HR-V was launched in July, Honda Malaysia has delivered almost 7,000 units at the time of the Kuantan drive. 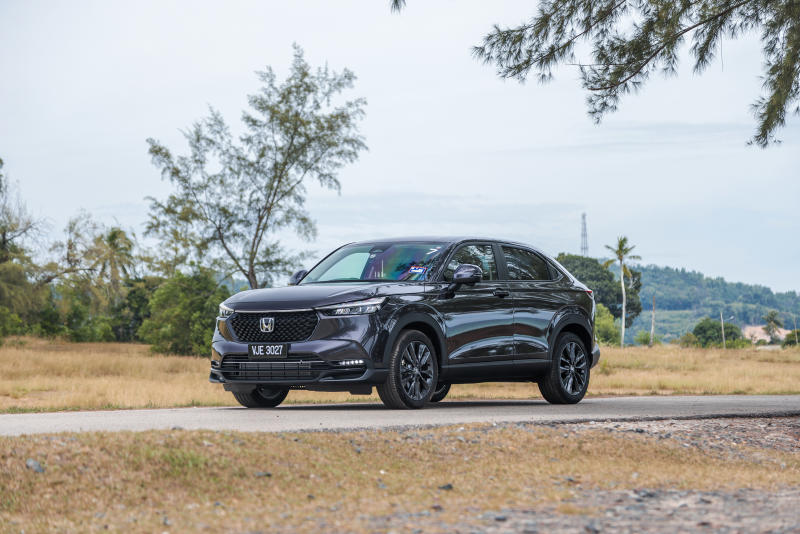 Of this number, the HR-V e:HEV RS made up 12% and we reasoned that the lack of drive experience and knowledge with the hybrid accounted for its surprisingly low sales volume.

For sure, finding out more about the benefits of this RM140,800 hybrid variant, especially its miserly fuel consumption in urban driving and its reasonably strong pace, might just boost its popularity.