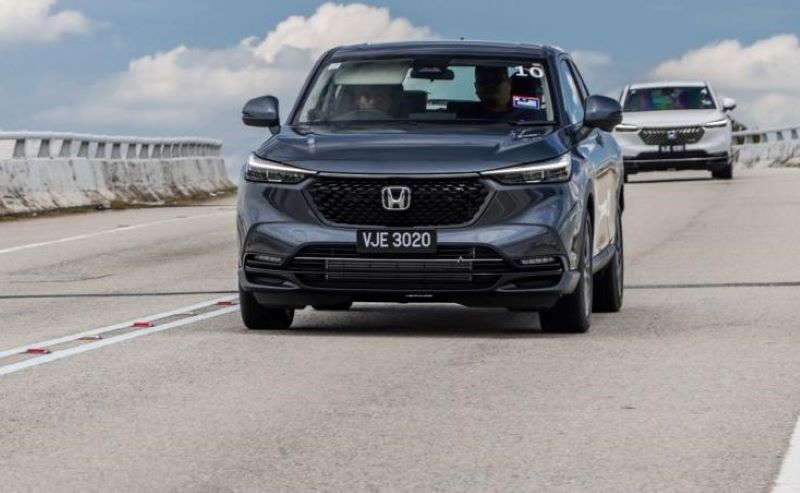 OUR stint with the latest Honda HR-V Turbo might not be over a longer distance against the HR-V e:HEV RS hybrid during the recent east coast drive but it still left us comparatively agog on the surge of turbo power every time we needed it.

Since we had our first taste of turbo power way back in 1980 (and in our very own two-door liftback 1.3 turbo), our fascination with the strong surge of forward momentum has remained to this very day. 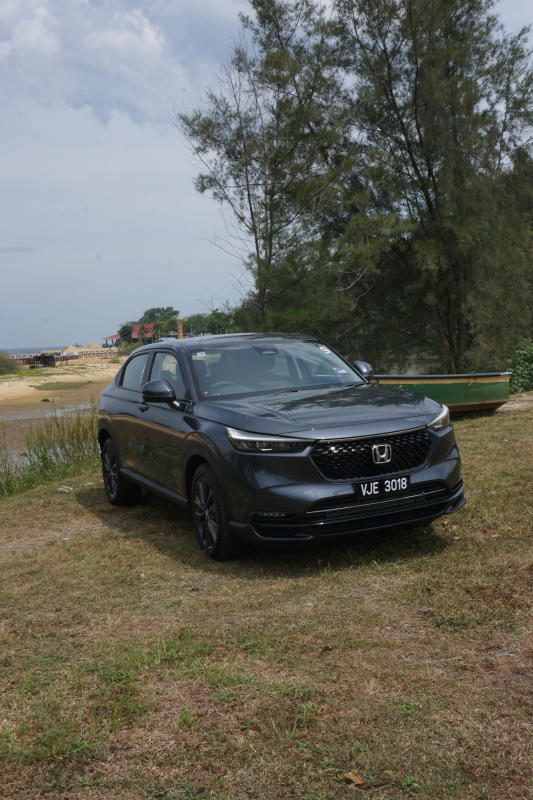 More recently though, we were in the midst of upgrading vehicles late last year and were eyeing the new HR-V as a potential candidate.

But hints of the new model arrival, much less the model options, were not forthcoming (many car companies are wary of us media people, especially those looking for scoops, and being a potential customer made little difference) leaving us to settle for a rival brand, albeit a pre-owned one.

Needless to say, we were looking forward to driving the HR-V Turbo having already enjoyed this exciting Honda power in the Civic RS Turbo much earlier in the year. 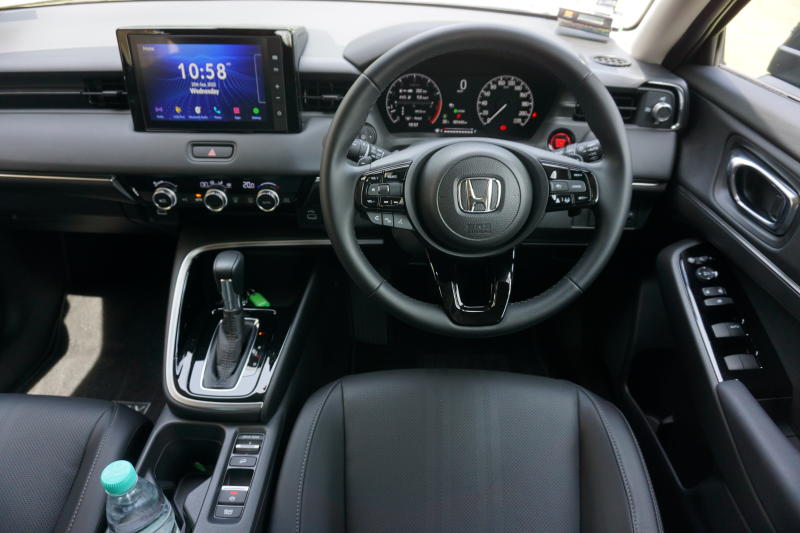 We were somewhat disappointed to be given the HR-V hybrid as our first acquaintance for the drive but that only built up our anticipation when our turn came in the Kuantan-Kuala Dungun segment the following day.

The new HR-V Turbo models are the E and V variants in the four-model line-up, with the HR-V hybrid being the highest-spec RS version.

Thus, after being pampered in the HR-V hybrid, it was a bit of a downer to learn that the HR-V Turbo V variant wasn’t equally equipped with standard fittings. 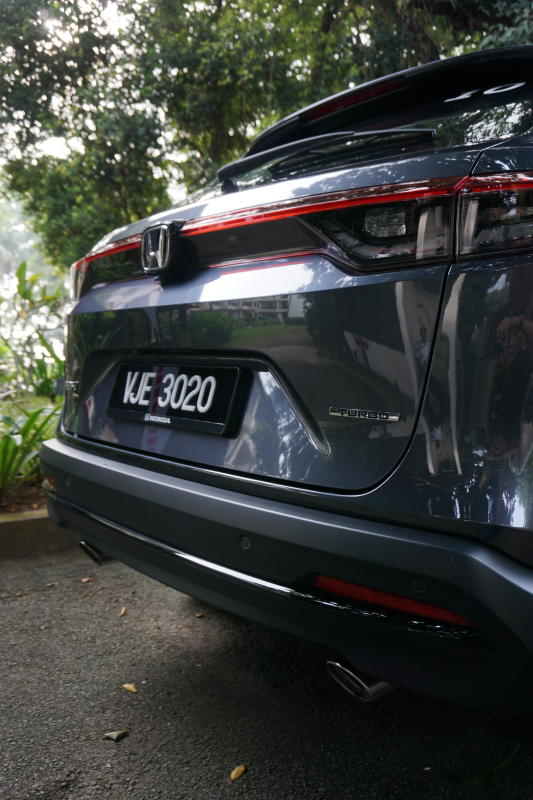 It doesn’t mean the HR-V Turbo V is bereft of all the finer things in life; it was just that we were exposed to a much better equipped vehicle earlier.

The V model range used to be the top honcho before Honda Malaysia introduced the RS variant to take over as the top-spec model. 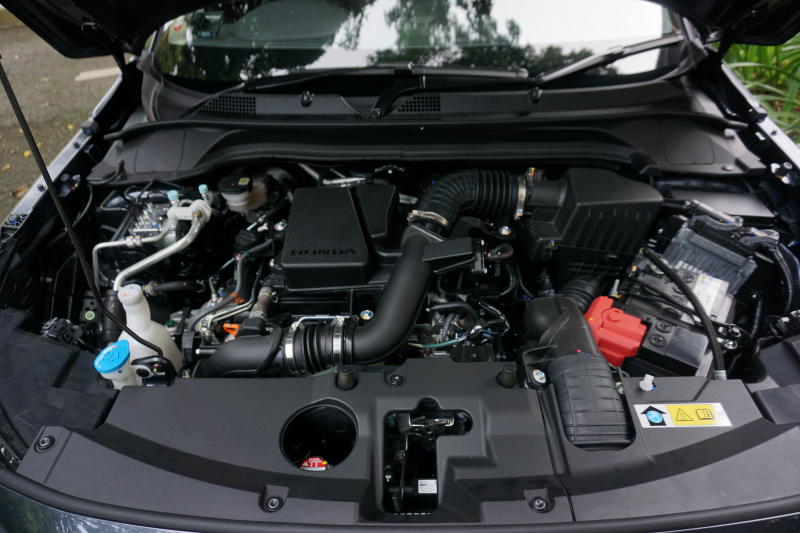 Another item missing is the hybrid’s Hands-free Power Tailgate with Walkaway Close convenience but the tailpipe chrome finishers add a sporty touch to the Turbo V.

Stepping inside, the two are again evenly matched for equipment though the Turbo V gets steering wheel paddle shifts while the hybrid gets a Deceleration Selector Paddle for the electric power recovery mode function.

However, the Turbo V has a Single Auto air-conditioning system against the hybrid’s Dual Auto function while the irony is that the latter gets Sport foot pedals but not the Turbo V. 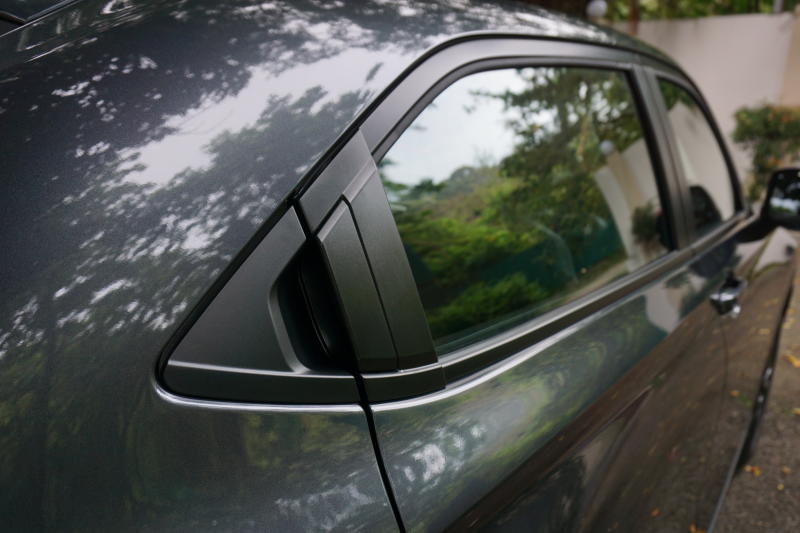 Both models get the full audio bits and the entire suite of passive and active safety features that include six airbags, seatbelt reminders all round, Vehicle Stability Assist, Agile Handle Assist, Emergency Stop Sensing, Honda Sensing for a wide range of functions, among others.

It’s the power department that makes the HR-V Turbo V the more exciting one with the 1.5-litre turbocharged engine delivering 181PS and 240Nm of torque that is almost as good as the hybrid electric motor’s (253Nm). 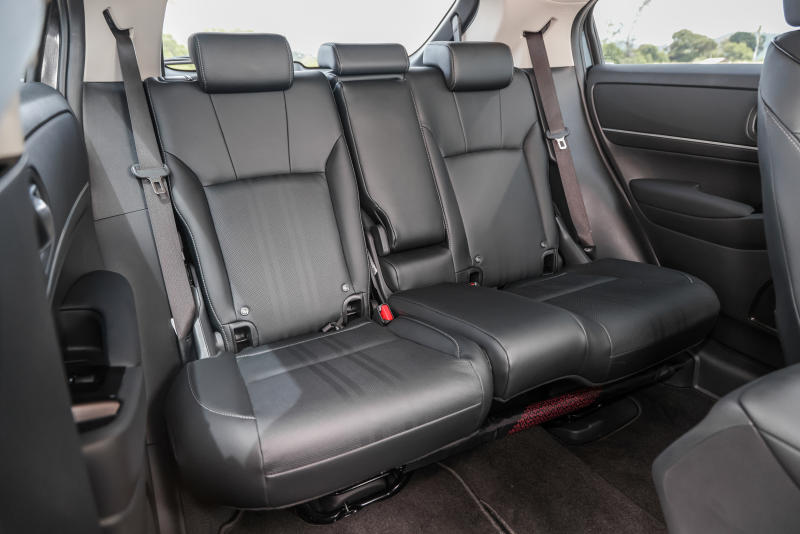 The trump card for the hybrid is of course the average fuel consumption that is rated at 4.1 L/100km while the Turbo V holds its own at 6.5 L/100km.

The driving best summed it all up with the Turbo V feeling like a ‘normal’ car during acceleration unlike the hybrid with the sharp-pitched engine whine that came on when required to charge the battery to power the electric motor.

And of course, there was that good surge of turbo power that we needed on open roads to overtake slower vehicles. 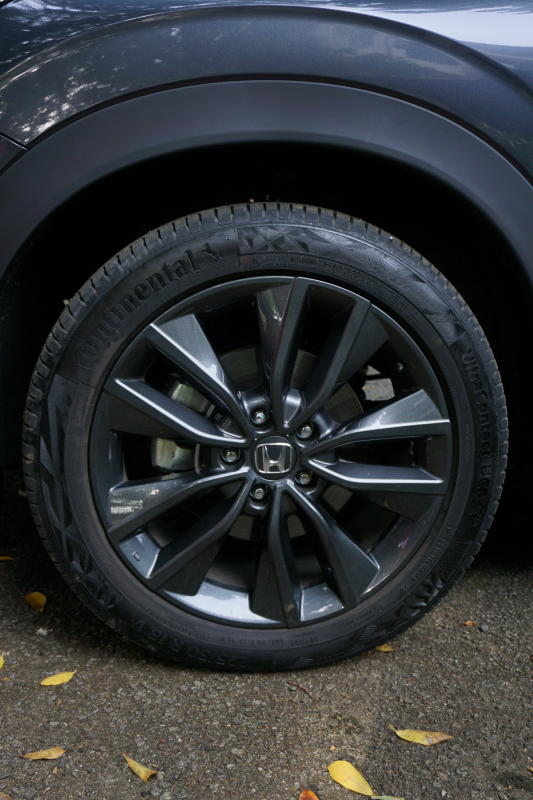 It didn’t feel any inferior to the Civic RS Turbo in standing or passing acceleration as both vehicles come with a similar engine system and this was despite the HR-V Turbo V being a heavier vehicle.

In road dynamics, the HR-V Turbo V was right at home for the tight corners and sweepers and we enjoyed driving it as much as the HR-V hybrid under such circumstances. 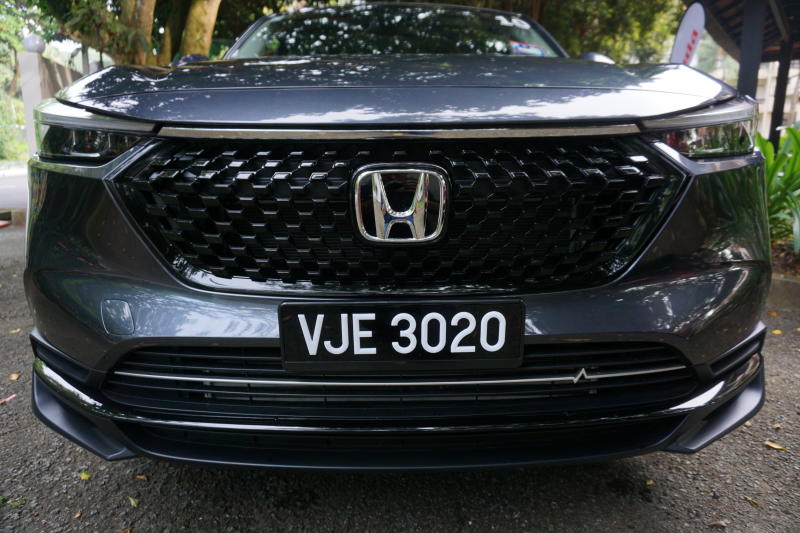 Both models come with Continental UltraContact 225/50 R18 tyres but the Turbo V has a spare tyre while the hybrid doesn’t because of the huge battery placement at the rear.

If we were given a choice, it would be the HR-V Turbo V for its exciting acceleration and cheaper price of RM134,800 on-the-road without insurance (RM6,000 cheaper than the hybrid).

That might explain why the HR-V Turbo V is the top seller as of end-September with 52% of the 7,000-plus vehicles sold against the hybrid’s 12%.